The extraordinarily low-IQed one is back at it.

California Democrat Maxine Waters gave a wide-ranging interview with CNBC Wednesday and urged even more riots against President Trump and anyone who supports him.

Waters claims that any criticism of her intelligence by the President is rooted in racism and not the fact that she is indeed a low-IQ individual.

As if to prove that lack of intellect, she called on Americans to take to the streets screaming and calling for Trump’s head.

“I think he’s dangerous,” she professed, “I don’t know why people take it. I think Americans should be out in the streets screaming to the top of their voice. Do something. Make something happen.”

Maxine Waters: ‘Americans should be out in the streets screaming’ for Trump’s head https://t.co/JuPk8HzsE1

The people were already in the streets screaming and calling for heads, congresswoman.

You know, the thugs that were outside your office building last week. The ones who accosted a vehicle, stole the American flag, burned it, chanted “black power,” and then forced a bystander back in his car for the apparent crime of wearing a Navy hat.

Waters was the first to take the rhetoric up a notch when she told supporters to harass administration officials in public every chance they get.

“If you see anybody from that Cabinet in a restaurant, in a department store, at a gasoline station, you get out and you create a crowd, and you push back on them, and you tell them they’re not welcome anymore, anywhere,” she told her impressionable fans.

In her CNBC interview, Auntie Maxine insisted that the President’s insults towards her are clearly a racist tactic drummed up by … you guessed it … the Russians!

Weird that a racist would also lump the very white Nancy Pelosi into that statement and suggest that she might be even dumber.

“I don’t care what he says,” Waters said. “He can do whatever he wants to. I know what I’m going to think about him. I think that this man does not deserve to be the president of the United States. He is one of the most deplorable people I’ve ever encountered in my life.”

"Here we go again with Maxine Waters. 'Americans should be in the streets screaming for Trump's head.' We're now making decapitation analogies again. What is this the French Revolution… the left is in the midst of an extinction burst of behavior." —@dbongino #ViolentLeft pic.twitter.com/hUvBMdIYA3

“He can call me whatever he wants to,” Waters further railed. “He does not intimidate me, and I’m not gonna stop talking about him.”

She then gave an answer to a question that was on everyone’s mind. One in which she has remained very tight-lipped.

Should Trump be impeached?

“I certainly think that he is eligible for impeachment,” Waters said.

That is her mission, a mission she believes came straight from God himself. 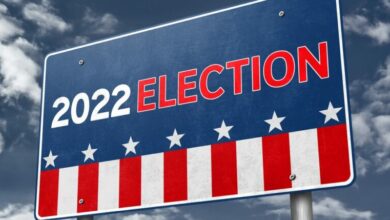 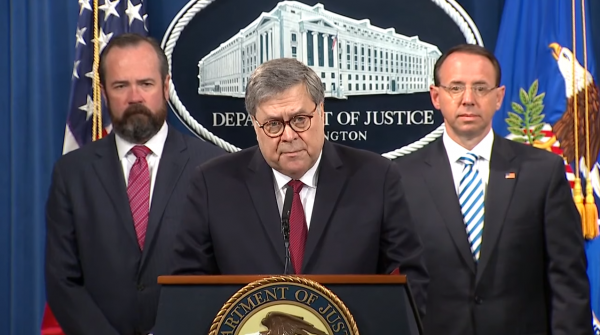