(Natural News) An insanely angry woman, who claimed to be working in a hospital, yelled at a man and his children saying she hopes they die for not wearing masks. The mad woman said she is worried about her health being compromised, but the incident happened when she was in line waiting to be served “junk food” at a fast food restaurant.

In the video posted on Twitter and now circulating on other social media platforms, the alleged healthcare worker noticed the man and his children were not wearing masks while waiting for their turn.

A customer nearby began to film the dialogue where the mask Nazi was heard telling the man, “If this was my business, I wouldn’t serve you,” to which the father calmly replied, “Well that’s up to them. They can tell me to leave if they want.”

The woman fumed and cursed the man making the older child back out a little farther as she was beginning to be upset about the interaction. “I hope your mother gets sick and dies and your kids too,” the woman said.

The man was still calm and asked her, “You hope people die?” The woman became angrier and said, “I hope your kids do because they don’t have masks on.”

In disbelief, the man asked again, “You hope my kids die?” The insane woman turned to his daughter and told her to “just go,” and the little girl walks out of the restaurant crying.

The person filming the interaction interrupted and said, “You made the little girl cry.”

As if going out of her mind, the woman insisted while looking toward the camera that the man and his children should wear a mask. The person taking the video told the angry woman that what she did was wrong.

As the exchange was happening between the woman and the one filming the video, the man with the kids appeared to be in an argument with the angry woman’s companion. This other person is not within the video frame as it was recorded. After the discussion, the father got too upset and walked out with his distressed children who can be heard crying as they went out of the establishment.

At this juncture, one of the fast food employees approached the woman and chastised her for not considering the emotions of the children. “That is not your place to judge. Let him deal with that,” he scolded her.

The woman just yelled back, “So I can get sick and die? And you can die? And these people can die? I work in a hospital, I see people die every day, it’s bad,” she was hysterically displeased as if dying in a hospital is not a natural occurrence even before the pandemic.

“You wanna see your father dying? It’s not fun,” the woman continued.

She then warned the fast food employee that she’ll tell Ohio Governor Mike DeWine that the establishment does not mandate customers to wear masks and threatened to shut them down.

The woman’s rage toward the father and his children for not wearing masks could be deemed unnecessary as it is no longer mandated in the state.

Also, a study back in April concluded that countries with high levels of compliance to the Wuhan coronavirus (COVID-19) mask mandate did not perform better than those with low mask usage, based on the analysis of a “moderate positive correlation between mask usage and deaths.”

The peer-reviewed study titled “Correlation Between Mask Compliance and COVID-19 Outcomes in Europe” was authored by Beny Spira, whose research focuses on the molecular genetics of microorganisms.

The research published in the Cureus Journal of Medical Science involves a total of 602 million people. Data from 35 European countries on morbidity mortality and mask usage during a six-month period were gathered and analyzed.

“The findings presented in this short communication suggest that countries with high levels of mask compliance did not perform better than those with low mask usage in the six-month period that encompassed the second European wave of COVID-19,” Spira said in the summary.

He added that the lack of negative correlations between mask usage and COVID-19 cases and deaths suggests that the widespread use of masks at a time when an effective intervention was most needed “was not able to reduce COVID-19 transmission. (Related: Yale professor scoffs at the idea that mask mandates are based on science.)

Watch this video of a mask Nazi going psycho on a Delta flight.

This video is from the Rev1776 channel on Brighteon.com.

Have the thought police come to arrest Donald Sterling? 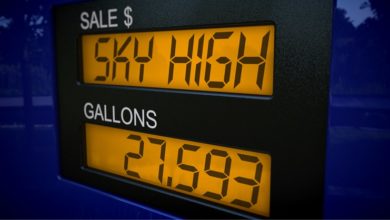