UMKC leftists (University of Missouri Kansas City) shouted down Conservative speaker Michael Knowles on April 11, and one of them sprayed him in the face with something that smelled like bleach. Leftist students do not want to be challenged to think. They refuse to listen to anyone who disagrees with them, and their college administration justified their violence. They have built Conservatives into an enemy to be destroyed. 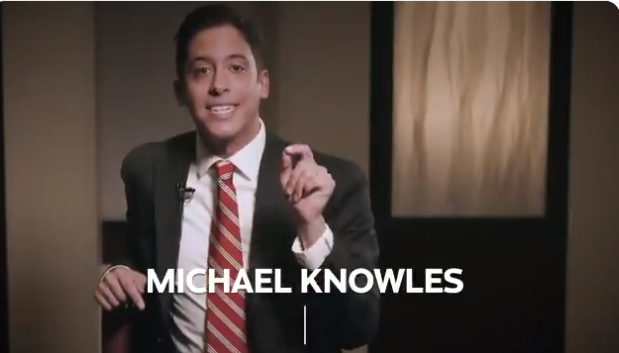 “The topic of my lecture was ‘Men Are Not Women.’ Apparently this plain fact was so offensive to some leftist thugs that one of them decided to shoot me in the face and side with a super soaker full of what appeared to be glitter-colored bleach. At first I just thought it was paint because of the color and smell. I was later told it was bleach; police now say that the substance merely smelled like bleach. This is what conservatives on campus are up against.” Michael Knowles

What happened at UMKC is a harbinger of things to come. https://t.co/SLervymQqp

This is the video of the chaos they created during his speech:

To add insult to injury, instead of an apology for being attacked, the University administration called him an “extremist” whose views were not in line with “diversity and inclusion.” Basically they called him a bigot.

“They referred to my claim that men are not women as an extreme viewpoint and they tacitly are permitting political violence to fester on campus.” Michael Knowles

At least the University of Missouri-Kansas City apologized for the physical assault and relentless shouting I endured last night as an invited speaker on campus.

JUST KIDDING! The Chancellor of the university just sent out an email baselessly smearing me as a bigot. pic.twitter.com/tUPEE0FCW9

“A student group brought a speaker to campus – a speaker whose professed opinions do not align with our commitment to diversity and inclusion and our goal of providing a welcoming environment to all people, particularly to our LGBT community.” UMKC Chancellor C. Mauli Agrawal

The “student group” was the Conservative Young Americans Foundation (YAF). The university and the leftists want every vestige of dissent against their radical agenda to be silenced. They are willing to enable the atmosphere of violence in order to do it.

Knowles is certainly not the only one who has endured the shoutdowns and attacks…Turning Point members, Candace Owens, Milo Yiannapolous, Ben Shapiro, you name it, anyone with a Conservative viewpoint has been shamelessly attacked, or prevented from speaking entirely on college campuses. At Berkeley, students even rioted.

If you note in the video above, the police were also shouted down with the standard Black Lives Matter chant of “hands up, don’t shoot.”

We all know where this will lead. With 90% or more of America’s higher education institutions in the grip of the left, and actively silencing anything that challenges the student to think critically, America is on the edge of a giant cliff.

Jack Nicholson once said in the movie “A Few Good Men” – “Truth? You can’t handle the truth.”