On November 20, the Ukraine announced an indictment against the head of Burisma in a press conference. During the conference, Ukrainian officials stated that Nikolai Zlochevsky, co-owner of Burisma, was under indictment and has been since November 14, but the media completely ignored it (they call it a Note of Suspicion).  It blows the Ukraine Burisma scandal wide open…and they specifically mentioned Hunter Biden’s role. 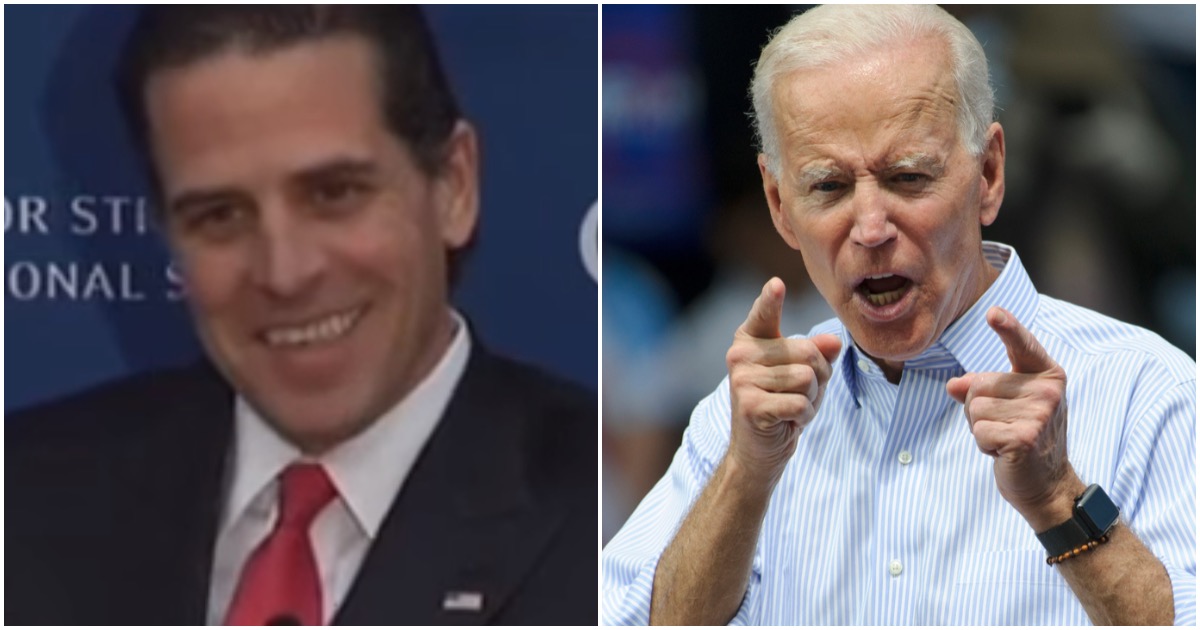 At a press conference, Ukrainian MPs Andriy Derkach and Alexander Dubinsky stated that Hunter Biden received $16.5 million for his “services.” The scandal unlocked a $7.4 Billion money laundering scheme through Obama-linked officials and Ukrainian officials. Biden is a man with no experience in energy companies, no credentials whatsoever. Except that his father was the Vice President.

“Zlochevsky was charged with this new accusation by the Office of the Prosecutor General but the press ignored it. It was issued on November 14…The son of Vice-President Joe Biden was receiving payment for his services, with money raised through criminal means and money laundering…Biden received money that did not come from the company’s successful operation but rather from money stolen from citizens.”

Since no one else is translating the Ukrainian press conference on Burisma, I asked the lovely @realTanyaTay to pic.twitter.com/x1g854tPu6

“but what is the origin of the funds {in fact}, what was this done for? This was done and rewarded by the son of Vice President Joe Biden for his services of criminally laundered money …” translation by Tanya Tay

“A Ukrainian member of parliament said Wednesday that Hunter Biden and his partners with Burisma received $16.5 million in illegal funds obtained by a Ukrainian crime family and laundered through another country, according to Interfax.

Ukrainian MP Andriy Derkach said at a news conference that Biden and his colleagues took millions of dollars that really belonged to the Ukrainian people.

“The [prosecutor general’s office] document once again confirms the data I had previously published on Burisma and international corruption,” Derkach said. “According to Zlochevsky’s suspicion notice, Biden and partners received their $16.5 million for their services to Burisma. Biden received funds not due to the successful activity of Burisma or for brilliant business decisions or recommendations. This is the money of Ukrainian citizens. The funds were obtained by criminal means. That’s what they say in the PGO.”

…”According to the investigation, Zlochevsky was directly involved in the withdrawal of funds by the Yanukovych ‘family’,” Derkach said. “They laundered the funds of Yanukovych through three companies in Latvia.”

The money was then allegedly paid to Hunter Biden, Aleksander Kwasniewski, Alan Apter, and Devon Archer.”

The prosecutor in charge of investigating the Ukraine Burisma scandal was fired because Joe Biden demanded it. That was the REAL “quid pro quo.” Now with this indictment by Ukraine, it is a proven fact, not a “conspiracy theory,” that Hunter Biden was involved in a money scheme that reached to the highest levels of the Ukraine government, and crossed into our own government.

Adam Schiff-for-brains must be furious, as he has called the Hunter Biden issue a conspiracy theory and unimportant. But it’s at the very crux of the impeachment hearings.

Can the President of the United States press for an investigation of corruption involving American officials? Yes he can, especially when there is a treaty for legal matters between the US and Ukraine. Did he do a quid pro quo? Not even close. Dems are trying to call the whole thing “bribery” now.  The entire narrative of the Democrats is fictitious.

No quid pro quo.
No extortion.
No bribery.
Ukraine RECEIVED: A meeting AND Security assistance.

Here is the Ukraine press conference, not translated.