Consider this a case study in the mental condition known as Trump Derangement Syndrome.  On Friday, the Daily Caller reported that an unnamed female student at the University of California, Riverside, went ballistic upon seeing a trademark pro-Trump “Make America Great Again” hat, citing an article at Campus Reform.

The woman stole the hat and began a profanity-filled rant, the report said.  In addition to demanding the school ban the headgear, she proclaimed her seething hatred of America and said that freedom of speech “is genocide.”

The date when the MAGA hat thievery occurred is unclear but Campus Reform has obtained video of the incident from the victim, UC Riverside student Matthew Vitale. And it’s amazing.

That’s an understatement, to say the least.

The video begins with Vitale walking beside the woman, recording her as she walks. She is holding a red hat with the white words “Make America Great Again” printed across the front.

The woman walks into the office of student life at UC Riverside.

“So this guy thought it would be a good idea to go into a conference wearing this f**king hat,” she said.

Vitale remained relatively composed throughout the video, the Daily Caller said, as he appealed to the rule of law.

“You do not get to take other people’s property that is legally theirs,” he said.

“Man, f**k your laws, alright?” the cap crook said in response. “Do you have any f**king conscience?”

“Freedom of speech is genocide, homeboy,” she claimed.

Got that?  According to this college student, free speech — something guaranteed by the First Amendment — is genocide.

“Are you people not going to do anything? She is stealing my property,” Vitale pleads, though the altercation went on for several more minutes.

“We will need to return his property to him, but we can talk about…” one university employee begins to explain before being abruptly cut off by the student thief.

“How about we talk about not letting him wear this sh*t on campus?” the thief retorts, while Vitale later tells a growing presence of administrators that “the fact that you people haven’t gotten this back for me is sad and wrong.”

But the incident was far from over.  The woman reiterated her point, claiming, without any proof, that free speech actually kills people and pro-Trump hats somehow promote legislation that kills minorities.

The altercation continued for several minutes until the hat was relinquished to an administrator who then returned it to Vitale, though not before his fellow student got in the last word.

“F*** your f***ing freedom of speech, boy. F***it. F*** it because your freedom of speech is literally killing a lot of people out there. That’s what it is, because you’re out there wearing hats like these that promote laws and legislations that literally kill and murder in the masses people of color,” she stated, before the two eventually walked off with separate mediators.

As a side note, we did a search and found there has been no legislation proposed by either the White House or Congress that advocates mass murder of blacks or anyone else.  Moreover, we found nothing that had been proposed based on any recommendation made by pro-Trump clothing or gear.

In an update, Campus Reform said:

“The unfortunate incident that was recorded and shared on social media does not conform to UCR’s Principles of Community,” Director of News and Information JD Warren told Campus Reform. “Federal privacy laws prevent the university from commenting on student conduct matters but UC Riverside stands by its deep commitment to freedom of expression, civil discourse, and respectful interactions within our community.”

Just think, this is an example of America’s future leadership. 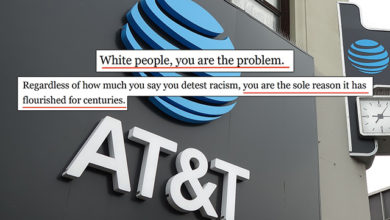 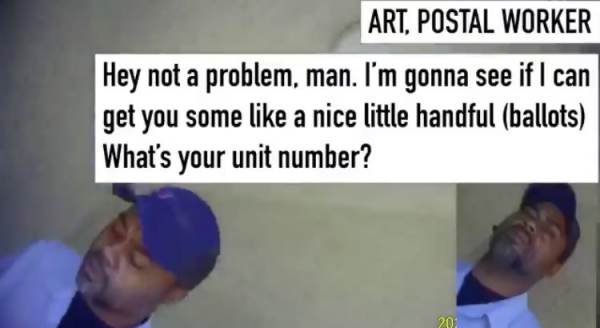