According to American political commentator Dr. Kevin Barrett, Israel may be behind the disappearance of Malaysian Flight 370, and he made that assertion on Iranian State TV, MEMRI said.

He also taised another theory, MEMRI said: That British banker Jacob Rothschild was behind the disappearance of Malaysian flight MH370.

Why are they giving us photoshopped pictures of Iranian passengers? Obviously there was some kind of a set-up to try to blame this on Iran. Precisely what that is we don’t know, but the Israelis have been using their assets, including the head of El-Al security, who was a 9/11 suspect – he lives in New Jersey, I forget the gentleman’s name…

He and other Israelis have been putting out as much media propaganda as they can, trying to blame this on Iran, saying it is a waste of time to look at this as being anything other than an Iranian hijacking.

Well, Christopher Bollyn just found that there is an identical twin of this plane. It has been sitting in a hangar in Tel Aviv, Israel, for the past couple of months. There was a shell-game played with this aircraft. It was in the south of France, and then they moved it down to Israel. Speculation is that there was some sort of false-flag plan afoot, perhaps another planes-into-buildings deception like 9/11. We have so many parallels between this event and 9/11.

And all this time I thought it was global warming.  Or George Bush.  Or the Koch brothers.  Or a black hole. 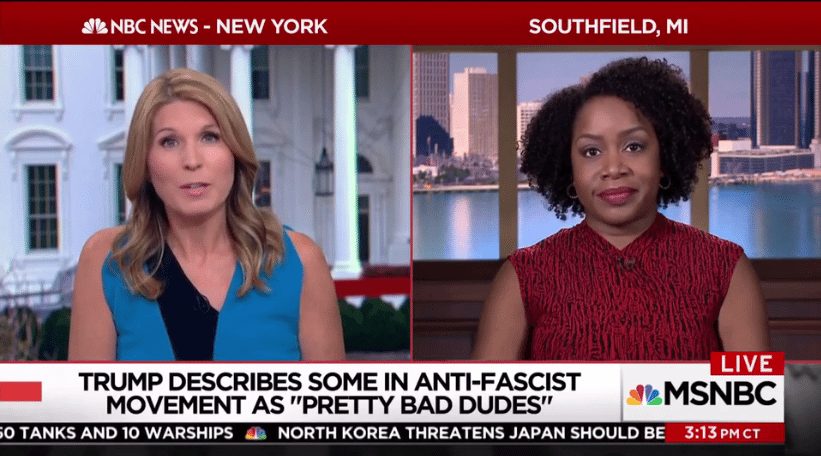 MSNBC Host: Antifa is on the Side of the Angels