“It’s too late for Israel [to prevent an Iranian bomb]. Iran has crossed all the borders and all the constraints, and it has a first nuclear bomb in its possession, and maybe more than that.”
– Israeli journalist Shalom Yerushalmi

“As president and as commander-in-chief, I take full responsibility for all our counter terrorism operations including the one that inadvertently took the lives of Warren and Giovanni.”
– Barack HUSSEIN Obama at yesterday’s press conference

Two very important recent events have now come to the forefront…one that could affect us all and one where Barack HUSSEIN Obama tries to shamefully blame the death of two hostages on an American military operation.

First the later lie…yesterday during a televised press conference Obama announced then quickly apologized that this past January a U.S. counter terrorism operation…an operation where U.S. military drones targeted and destroyed an al-Qaeda compound in the Afghanistan-Pakistan border region…accidentally killed American USAID contractor Warren Weinstein and Italian aide worker Giovanni Lo Porto. And then his always obnoxious spokesmouth Josh Earnest followed up with words to the affect that Obama did NOT “specifically approve” the operations that killed the American and the Italian, but that the strikes were within the bounds of “policy guidance.”

Did NOT “specifically approve”…thus trying to pass the blame for the two deaths onto the backs of our military…a military whose hands Obama has tied behind their backs each and every chance he gets.

And with Earnest adding that U.S. officials believed with “near certainty” that NO hostages were at the target site, that the strike was carried out only after “hundreds of hours of surveillance” on the al-Qaeda compound were completed, and with “near continuous surveillance in the days leading up to the operation,” let me say this loud and clear…our military does NOT make these kind of mistakes…period. And Earnest saying that ‘officials’ are now conducting a thorough independent investigation of the operation to “ensure” that this type of incident is NEVER again repeated, the fact being oh-so hushed up is that when American hostage Kayla Mueller was killed in exactly same way earlier this year, the exact same excuse using the exact same words along with the exact same promise that it would NEVER happen again was given.

So this makes both Obama’s and Earnest’s words NOTHING but even more empty word to add to their repertoire…accusatory words from this military hating administration…from a Commander-in-Chief who defames then apologizes for our military every chance he gets. And this was proven by Earnest’s very words that the death of the hostages “raise legitimate questions about whether additional changes (to military protocol) need to be made” as in to the protocol for our military launching counter terrorism operations. But if truth be told what both Obama and Earnest needed to say…but of course NEVER would…is that the two men died because they did NOT care that they were in the compound…a compound they needed to destroy to make it appear as if something concrete was being done by this administration in the ‘War on Terror’ and for that reason alone…so ‘ooops’ became their ‘mia culpa’ de jour.

And isn’t it quite odd that this ‘supposedly’ classified information now ‘suddenly’ becomes declassified when a political ‘shot-in-the-arm’ for the Democrats…for Hillary…is needed.

And, by the way, NO financial compensation now offered by Obama can bring these family’s peace for with this administration money is thrown around as a panacea to make all ‘problems’ just go away. And I just wonder if Obama will also give money to the family of American al-Qaeda leader, Ahmed Farouq, who was also killed in the attack…knowing Obama he probably will…but this money if given will be in payment for Farouq being a martyr for the cause I’m sure.

As for the former lie, most listeners of our Right Side Patriots radio show know that both myself and my friend and partner Craig Andresen both believe…and have believed for quite some time… that Iran already is in possession of a nuclear bomb, and now it seems some in Israel think so as well and have thought so for quite a few years.

In fact, journalist Shalom Yerushalmi wrote this article’s opening quote in the national daily ‘Maariv’ over two years ago saying that Tehran had crossed all points of NO return and already has its first nuclear weapon, and maybe even had more than one. Also, a source within the Revolutionary Guards Intelligence Operations supposedly said over a year ago that Iran has acquired two nuclear bombs. And when you add in that Middle East specialist and 20-year former CIA Field Operative Clare Lopez of the Center for Security Policy recently said that, “The IAEA (International Atomic Energy Agency) reporting over recent years indicates at a minimum they strongly suspect that Iran already has built nuclear warheads,” you just know that all Obama’s bloviations concerning this joke of a ‘framework’ deal are just to secure a much needed political win alone.

And if the above accusations are indeed true…and I believe they are…rest assured that Netanyahu knows this as does Obama, but the difference is that Benjamin Netanyahu must stop Iran now so that said bomb is NOT used against Israel while Barack HUSSEIN Obama is actually helping Iran to do the very thing that Netanyahu fears.

And if truth be told simple logic dictates that Iran does indeed have a bomb but what they need is a delivery system NOT to reach close by Israel but to reach the ‘Great Satan’…our beloved United States of America. And with Iran NOT hiding the fact that they have been doing ‘business’ with North Korea to get such a system, the countdown to a nuclear armed Iran is very close at hand. And while we know North Korean ICBMs are NOT the most reliable ‘guidance system-wise’…a few ‘tweeks’ by Iranian scientists could easily overcome those problems.

And why do I personally believe Iran already has a bomb…first, Iran has had 19,000+ centrifuges working to enrich and refine uranium for years and they continue to do so even with that farce of a ‘framework’ deal being worked on and second, quite simply, most high school physics students can build a weapon of mass destruction with a few parts from a hardware store, some know-how, and as long as they can find a few pounds of uranium or plutonium on Ebay (sarcastically said) to fuel it along with getting their hands on some C-4 to activate the implosion…or as long as you have a friend in the Muslim Brotherhood who happens to be a president who enables said building. And surely the Iranians have a few hardware stores, a few high school physics students walking around, scientists already working non-stop on such, and a direct phone line to America’s traitor-in-chief.

And this translates into the only things that Iran has needed all along…a more sophisticated ‘implosion’ method coupled with a workable delivery system. Increase the effectiveness of conventional explosives by gaining access to uranium or plutonium…which their centrifuges have already afforded them…and the first problem is solved…get a workable ICBM…one probably courtesy of North Korea…on which to mount said bomb…and both Tel-Aviv and let’s say New York City or Washington D.C. become awash in radioactive fallout.

So while I could tell you certain specifics of how to build a nuclear bomb I dare NOT for the obvious reasons that the ‘powers that be’ will be mighty unhappy with me, but know that if a high school physics student can build a bomb know Iran has already built one…and if you think otherwise you are just sticking your head in the sand hiding from a reality that both Netanyahu and Obama know well.

So as Barack Hussein Obama continues to hem-and-haw about the ‘breakout’ time needed for Iran to become a nuclear power…which is NOT the one year he has so often claimed but which he recently has been forced to admit is but a mere few months away…that this is NOTHING but an effort to cover his very actions that have aided and abetted the enemy. But know too that even this is a lie because the simple facts I’ve presented show that in all probability that Iran has long had a nuclear bomb and is close to getting the much needed delivery system on which to place it, and that Obama has known this for quite some time. Also know that with Vladimir Putin’s cleverly telling the world that in six to eight months Russia will be selling an anti-missile system to Iran the clock has now been set for Israel to go in and clean-up Obama’s mess.

And only when Israel does what we should be doing will all Obama’s ‘truths’ concerning Iran finally be proven to be ‘lies’… and hopefully these ‘lies’ will be the very thing that puts this traitor…along with his equally complicit administration…behind bars for the rest of their miserable lives…and the fanatical islamic mullahs and religious zealots in Tehran will now and forever be rightfully denied the Madhi…their oh-so wanted ‘Twelfth Imam.’ 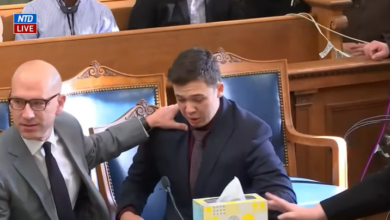 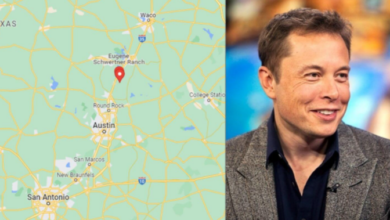 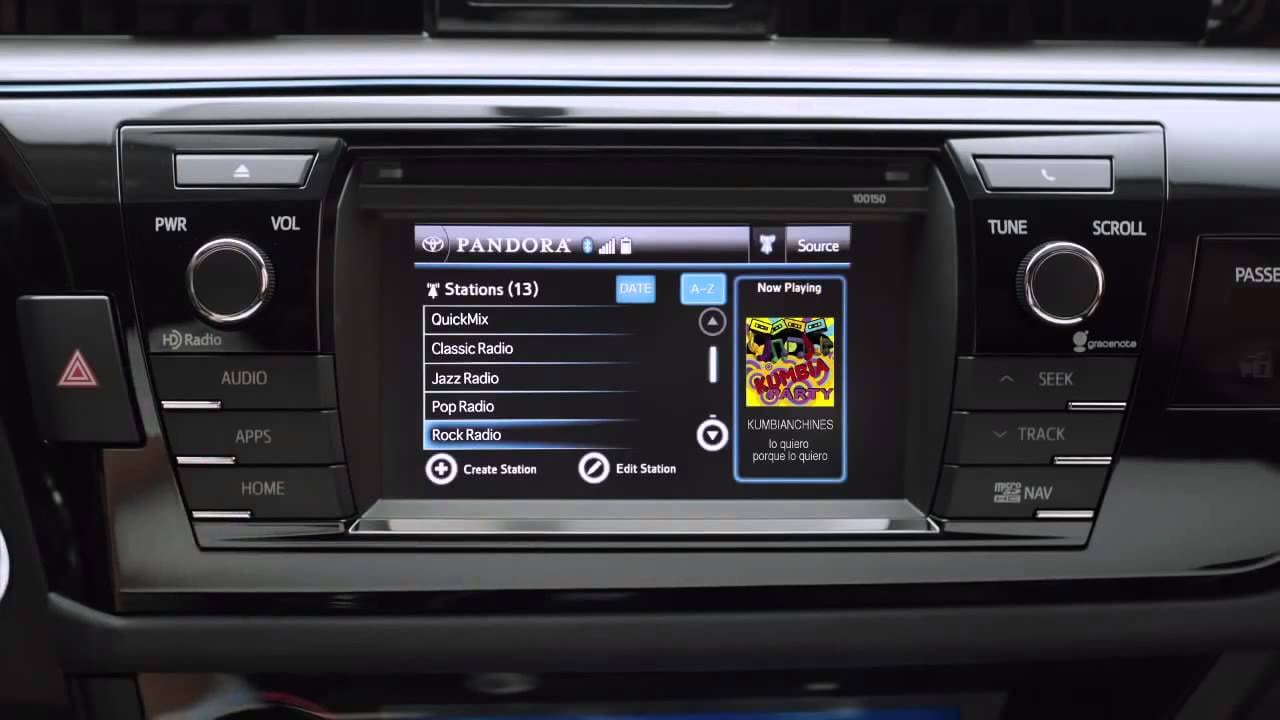