AS is said, truth is stranger than fiction. In a less than delicate manner of speaking, you can’t make this sh*t up!

SUCH is the case with the anointment of “Saint Fauci” via his disciples, that is, the Democrat Mafia and the Mockingbird Media. Indeed, his deep-state, crooked-bent took years in the making to hone.

BUT, as always, top level, like-minded mentors ensured his ascension to the highest perch and position to become “the face” of public health. Concomitantly, the disposition of research grants kept the scientific community in line, too. Yes, tragically, bought and paid for.

SPEAKING of controlling this and that public health outcome(s) ….

BUT this American betrayal doesn’t end there. Back to the truth is stranger than fiction analogy …

NATURALLY, as if on cue, the left’s so-called “fact-checkers” cried foul: the links to “mama Teresa” are “false!” Okey dokey ….

ALAS, when considering the above truth-telling, it makes perfect sense — in the darkest manner imaginable —  what the backgrounder of Fauci’s twitter page signifies, and it ain’t a pretty picture.

INEXORABLY, the apple doesn’t fall far from the (maternally-bent) tree.

Dr. Fauci has some serious audacity. When he isn’t sitting on TV or speaking to the media about what free Americans can and can’t do in the name of supposed health safety, he’s apparently sitting in his office worshipping himself.

Observant Twitter users noticed Fauci is the owner of prayer candles that feature his own image and they’re sitting in plain sight right in his home office.

No wonder Dr. Fauci will never go away. He likens himself to a god.

In a recent interview he made it very clear that he has no intentions of going anywhere no matter how much Americans distrust or dislike him.

During a discussion with radio host Hugh Hewitt last week, Fauci made it clear his inflated ego takes precedence over Americans’ opinion of him.

After noting Americans’ deep distrust of Fauci, Hewitt asked him, “Is there a point where you will say, ‘I do more harm than good because people don’t listen to me anymore,’ and step aside?”

Finally!@hughhewitt challenges Dr. Fauci on why he doesn’t resign seeing as his history of hypocrisy, flip-flops, and failed predictions have destroyed his value as a public-health official.

Saint Fauci isn’t going anywhere anytime soon, he’s made this abundantly clear. It might not even be that Americans don’t trust him as much as it is that Americans just don’t like him.

Imagine having the audacity to sit on TV and tell Americans how their holiday celebrations should look. Imagine telling the free people of America that they have permission to gather for Christmas.

Dr. Fauci has no problem whatsoever telling us how to live our lives and he actually believes that people listen. In his mind, Americans are just waiting on the edge of our seats for his latest edicts and permissions.

Sure, some people actually do listen to what the fraud Fauci has to say and that’s truly unfortunate, but the vast majority of Americans are over it. We’re over the “pandemic” and we’re over the little overlord Fauci pretending he has some kind of authority over our lives.

Meanwhile, Fauci has prayer candles in his office which traditionally feature the images of holy figures like Jesus Christ or Catholic saints.

It’s bad enough that someone actually made these candles and elevated Fauci to some kind of sainthood status but it’s even worse that Fauci owns them and has them sitting out in his office.

Could this guy be any more full of himself? Talk about a classic narcissist.

On Monday night, Tucker Carlson blasted Fauci over the prayer candles during a segment on his Fox News show, calling him “a devout member of the church of Tony Fauci.”

“Now take a look at this still photo from Tony Fauci’s home office. Look in the back, on the bookshelf,” Carlson said.

Who knew #Fauci had worship candles of himself in his home office?

Talk about worshipping yourself. pic.twitter.com/uuepsfs8Is

Anthony Fauci has Fauci candles on his shelves. You can’t make this up. – ⁦@TuckerCarlson⁩ pic.twitter.com/N3Ld5LuhC4

Finally!@hughhewitt challenges Dr. Fauci on why he doesn’t resign seeing as his history of hypocrisy, flip-flops, and failed predictions have destroyed his value as a public-health official. 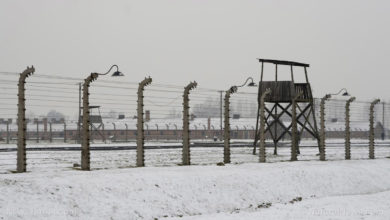 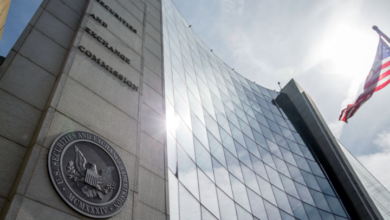