(Natural News) Someone on Twitter (possibly a bot) by the name of “Lars McMurtry” has issued a call for genocide against the unvaccinated.

“The CDC should roll out a new program: Get the shot or get shot,” the tweet reads.

“The unvaccinated need to be rounded up and lined up in front of open trenches. Their choice is simple. America has had enough of their virus. We need to get back to normal life.”

Jenna Ellis, the former top attorney and senior legal adviser to President Donald Trump, responded to the tweet pointing out that it is “literally calling for mass genocide.”

“Are you paying attention yet?” she asked.

Others also responded, one of them pointing out that it only took two years to go from “two weeks to flatten the curve” to calls for pitchforks and firing squads against the non-compliant.

“Vaccinated people act like they died on the cross for our sins,” wrote another. “Common sense is not common.”

“Should someone tell them that the Omicron emerged among the vaxxed?” asked another.

“Hasn’t this guy been watching and listening?” asked another.

“Even vaccinated people are still catching the virus and it’s not just from unvaccinated people. This virus isn’t ever, ever going away. This is how big pharma and the politicians are making money and pushing the country into socialism.”

One Twitter user actually put up a historical photo of people being lined up and shot as they fell into actual trenches dug for their bodies and remains.

“History always repeats itself when evil is allowed to flourish,” reads the caption.

It took a while, but Twitter eventually suspended the Lars McMurtry account for promoting the killing people who refuse to roll up their sleeves for a Fauci Virus shot.

Texas musician “Five Times August” tweeted a series of photos showing leftist on Twitter calling for the unvaccinated to be “gassed” like the Jews were in Nazi Germany, or left to die without health care.

“I’m just saying,” Five Times August wrote, “it may be time to think long and hard about which side of history you’re aligning yourself with.”

Someone named “Jeanine Reiter Kolkemo” wrote the following about the unvaccinated:

“I am ready to say let them die. You make a choice to not get your shot for any reason other than a doctors note, you should not be allowed healthcare. You are like the brats in class that ruin it for everyone.”

Steve Cox, who is running as an “independent” in California’s District 39 (Chino Hills), tweeted a rant about how he, too, believes that the unvaccinated should be shot for non-compliance.

“Whenever anyone says ‘we all die from something’ (or a variation thereof) to justify not taking precautions to help protect others in this pandemic, we should be allowed to shoot them,” Cox wrote.

“‘Why are you crying? We all die from something. For you, it’s that bullet in your gut.’”

This demon is running for Congress, just to emphasize that a second time. And as of this writing, his Twitter account is still active and running, apparently not in violation of any of Twitter’s “community standards.”

Berlin playwright, novelist and political satirist C.J. Hopkins is also on board with this hate campaign. His Twitter account is loaded with iconography that promotes targeting the unvaccinated as part of the “new normal” in Germany.

“If things don’t change come the 2022 midterms, the only options left are submit to the tyrants or don’t,” wrote one Natural News commenter about the growing escalation of left-wing hate and violence against the unvaccinated.

The latest news about the left’s calls for mass genocide against the unvaccinated can be found at Evil.news. 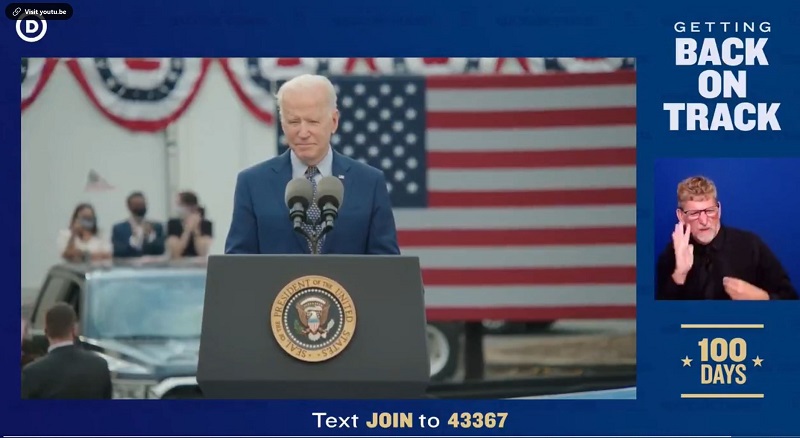