Jack Dorsey once said that Twitter leans left. But looking at some of the postings by Communist/Anarchists on the social media platform make us wonder if they advocate armed conflict to further those political views. They openly censor conservatives like James Woods and others, but leave up violent rhetoric from Communists and other loonies. Whose side are they on? America or our enemies? I think we have an answer to that.

One Communist/Socialist organization’s (there is really no difference in the two, by the way) Twitter account posted these gems and gives us a hint:

The Ohio Socialist Rifle Association is nothing like the NRA, in case you were wondering. So who is Ole Bonesy? The Communist/Antifa member who runs “The Guillotine” — a far left podcast.

“Dr. Bones,” the co-host of the far-left podcast The Guillotine, started the conversation going with his 5,000-plus Twitter followers. Bones (@Ole_Bonsey on Twitter) asked: “Hey quick little question for military minded lefties: should leftists train/organize in a ‘insurgent’ focus where they blend into a civilian population for potential attacks or a more ‘militia’ structure focused on holding/maintaining turf?”

Bones went on to suggest that fellow travelers organize “hidden cells” and focus on ambushes and assassinations to bleed “right-leaning forces” dry. He said that during the day comrades should pretend to be into “helping everybody” and never talk about their “nighttime activities.”

The Guillotine podcast, which covers “global current events from a revolutionary communist and anarchist perspective,” has nearly 15,000 Facebook followers and 250 active monthly donors on its Patreon account.”

Antifa does not differentiate between Nazis, police, Conservatives, white people, black people, anyone who disagrees with them. The enemy, then, becomes anyone. They are anarchists, Communists and they some plans. Dr Bones tweeted this (now in an archived thread) as mentioned above:

“Hey quick little question for military minded lefties: should leftists train/organize in a “insurgent” focus where they blend into a civilian population for potential attacks or a more “militia” structure focused on holding/maintaining turf?”

Here are the some of the threads in response: 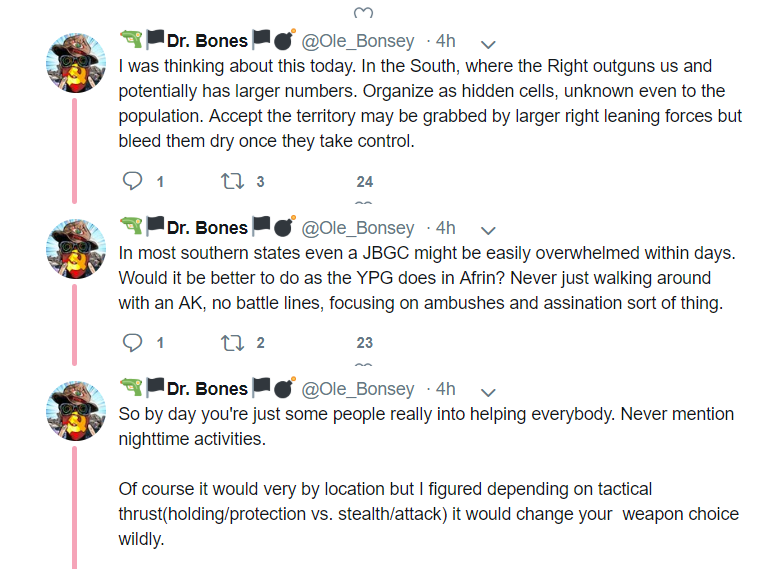 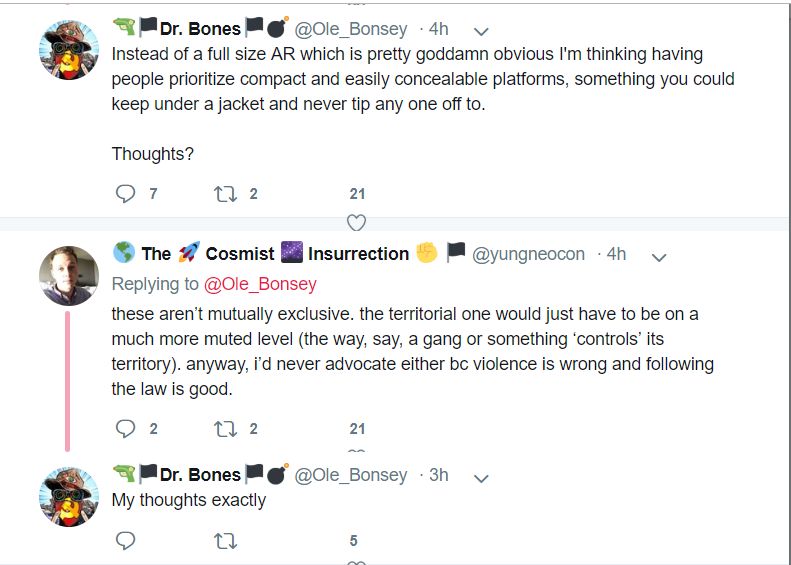 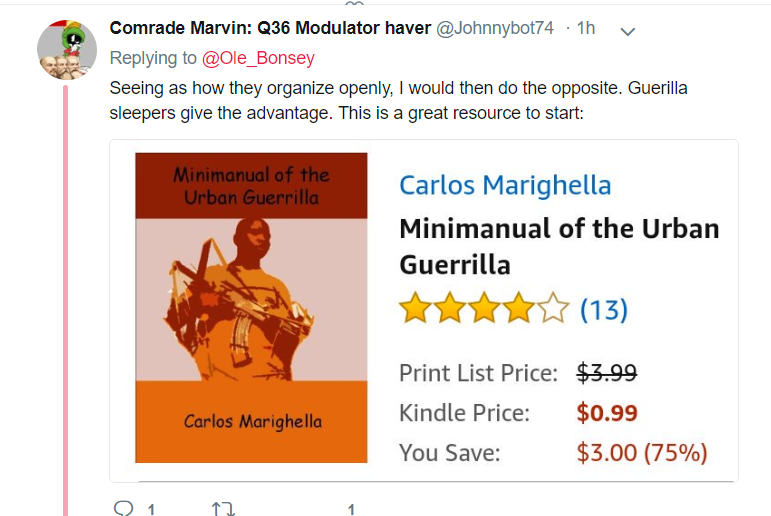 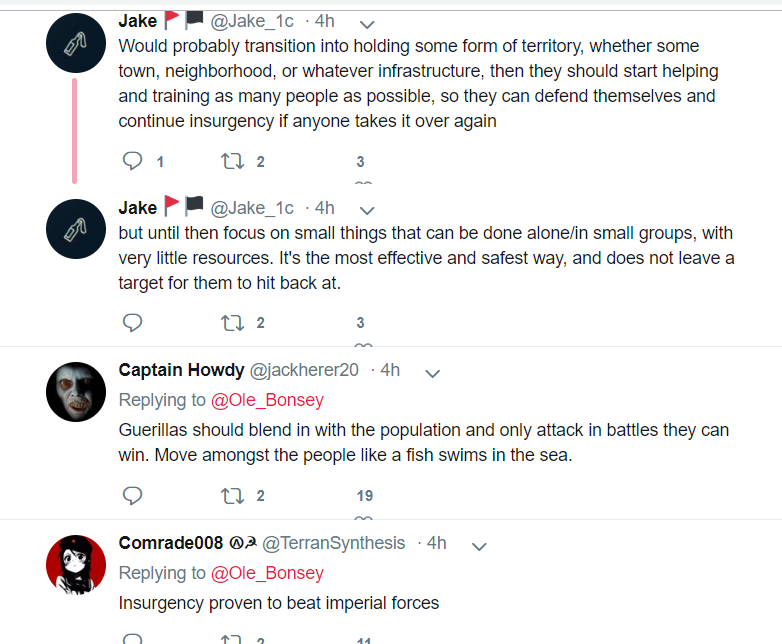 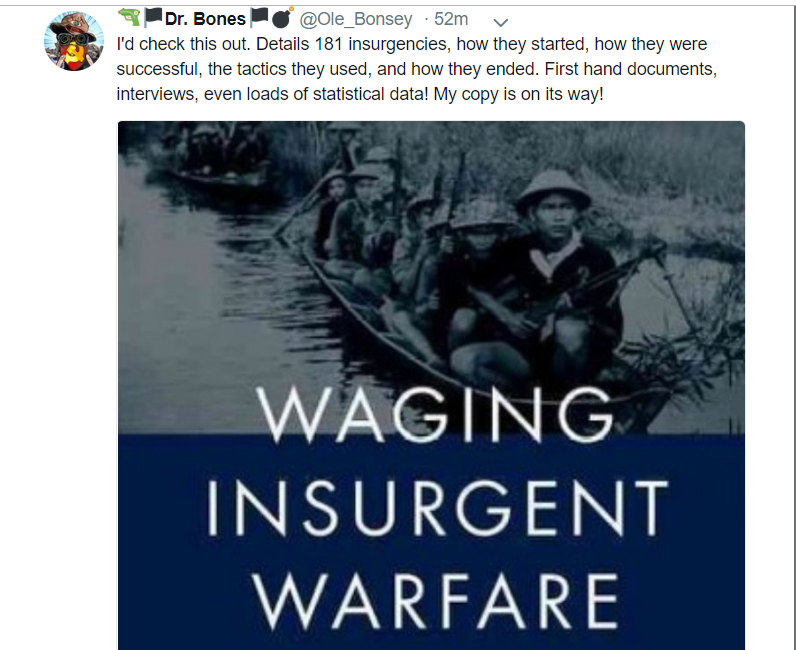 There are more posts, but you catch the drift. What does all this mean? It means that the left is armed as well- they are far FEWER and totally outnumbered, but have been engaging in guerilla tactics. One skirmish at a time, their plan to destroy the nation is clear.

They don’t know who the enemy is, but they will simply make everyone the enemy. They say they need the support of locals, but will not get it in vast areas of the US. They have weapons but left is always targeting ordinary gun owners who just want to defend themselves.

So add this armed bunch of insurgents to the absolute hatred of the Democrats and other liberals — is there a definite threat to America?