Social Media sites are in the habit of banning conservatives for everything they disagree with and using the excuse “hateful behavior” or “hate speech” –  like Facebook’s “inauthentic behavior.” Twitter banned popular Conservative radio host Lars Larson for 12 hours, calling his tweet “hateful behavior,” according to The Blaze. (Gosh, does any of that sound familiar?) Why? Because he defended police. 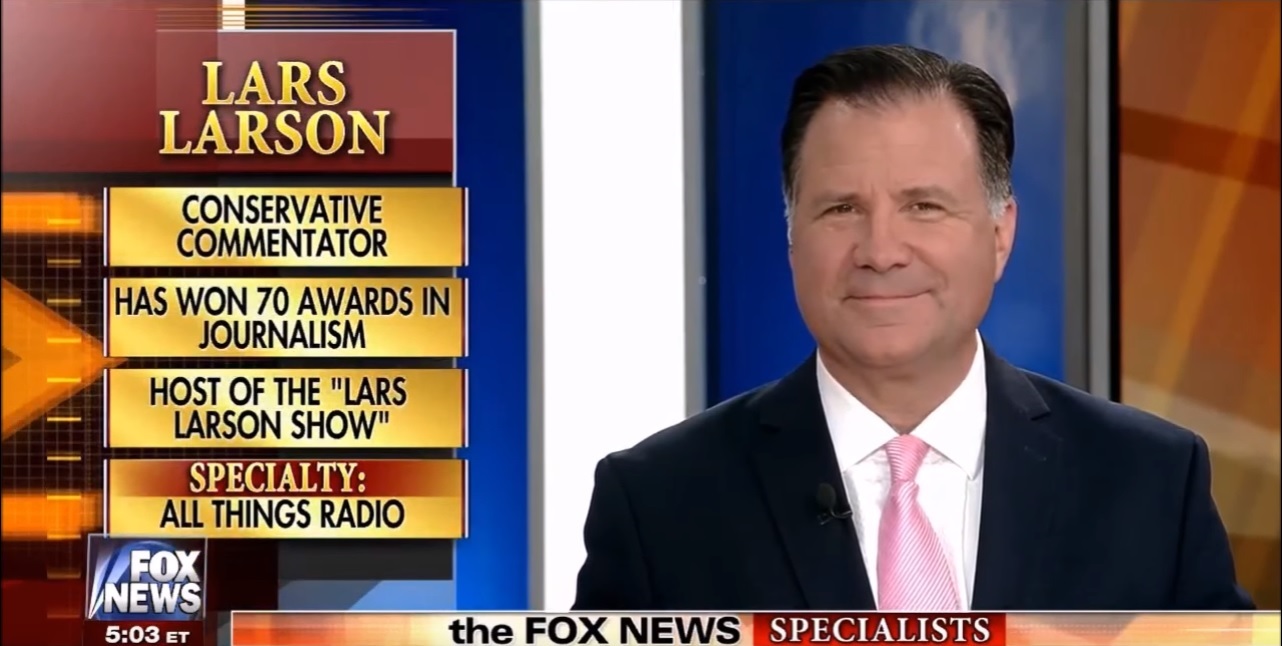 It started with a discussion over Portland Police shooting and killing a mentally ill suspect the first week of January.

The man, identified as Andre Catrel Gladen, 36, had schizophrenia, and was legally blind. He carried a knife for protection, according to Oregon Live. After a physical altercation ensued when he entered another man’s home and was tased, he lunged at a Portland Police officer with a knife. The officer shot him.

Sarah Iannarone, a former Democrat Mayoral candidate and activist in Portland, tweeted this:

The headline kinda says it all, doesn’t it? We know the police kill. Question is whether we will ever stop funding this deadly paramilitary force and start funding things that actually keep the people of Portland safe. https://t.co/XbjMtq9qW6

Does she advocate not funding the police, and believes police are what makes Portland dangerous? Not Antifa? Lars Larson then responded:

“Gee @sarahforpdx you think the cops make PDX dangerous? Read the story and you find the dead man was 1) paranoid schizophrenic 2) invaded a stranger’s home 3) fought with the officer 4) pulled a knife. What’s your millennial snowflake solution to THAT situation w/o the cops?”

Wham! Twitter banned him. After his 12 hours jail time, he tweeted this:

Just back from my 12 hr twitter ban. just so u know @Twitter suspended me for replying to an activist @sarahforpdx who lashed out @PPBPIO for shooting a man. I merely pointed out politely that the man invaded a stranger’s home, fought a cop, pulled a knife and posed a threat. pic.twitter.com/UFu5NAce2b

The fact that Ms. Iannone actually reported Mr. Larson is part of the problem. She mentioned that “Right-wing Twitter is a platform predicated on inaccurate, misleading, and hateful speech, right up to the highest levels of government with our Tweeter-in-chief.”

She also stated that “whenever that account retweets me, it brings commenters into my sphere who hurl insult and innuendo my direction. I reported three other accounts resulting from the retweet that day that Twitter admins agreed were abusive or harmful.”

She appears to be someone who is easily offended. When the left-wingers report the conservatives, the conservatives get banned. The left is apparently not on the ban list, even when they openly advocate violence. But just let a conservative mention the wall, or defend police actions, or that illegal aliens are “criminals,” those are bannable offenses.