President Trump tweeted a warning to his supporters suggesting the 2020 election could be tainted by Democrats’ push for vote-by-mail methods.

The message almost seems to be a direct challenge to Twitter to censor him on the matter yet again.

“Rigged 2020 election,” he wrote. “Millions of mail-in ballots will be printed by foreign countries and others.

Trump added that “it will be the scandal of our times!”

Nearly every prominent Democrat has been using the coronavirus pandemic as an excuse to push for a massive expansion of mail-in ballots.

“Right now, a foreign country could print up tens of thousands of counterfeit ballots, and be very hard for us to detect which was the right and which was the wrong ballot,” Barr explained. “So, I think … it can upset and undercut the confidence in the integrity of our elections.”

The AG also noted that anonymity issues could compel voters to change their votes due to pressure.

This is the entire reason we have privacy curtains and separate ballot stations for in-person voting.

A bipartisan electoral reform commission in 2005 concluded that mail-in voting “increases the risk of fraud” and validates Barr’s concerns about privacy.

“It raises concerns about privacy, as citizens voting at home may come under pressure to vote for certain candidates,” the commission’s report reads.

Why do Democrats want Vote-by-Mail? Because it makes fraud a whole lot easier.

Democrats there revealed a host of tactics that could easily be used to commit fraud with mail-in ballots.

Twitter, in the past, has “fact-checked” the President on claims that mail-in ballots are ripe for voter fraud. Their fact-checks have conveniently left out actual instances of fraud.

There here have been some prominent examples of voter fraud involving mail-in ballots – fairly recent debacles in North Carolina and Texas for beginners – some of which involve both parties.

Vote-by-mail schemes are considered by many experts as a means of facilitating voter fraud.

And on the same day Twitter claimed fraud through mail-in ballots isn’t an issue, the Justice Department charged a mail carrier for allegedly altering ballots. 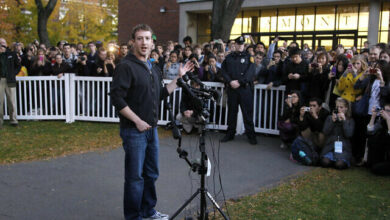