Responding to the push for more gun restrictions in the wake of three high-profile shooting incidents in the past three weeks, President Donald Trump was quoted by the Washington Times calling for “meaningful background checks” as a means to prevent more such crimes, while suggesting that Democrats may not help “get us there.”

The proverbial $64,000 question: What is a “meaningful background check?”

Democrats and the gun prohibition lobby might define a “meaningful background check” as an unlimited waiting period before someone could actually take delivery of a firearm they’ve purchased. In the extreme, that could translate to never being able to buy another firearm. It might involve surrendering medical privacy so police could make an arbitrary decision whether someone is able to exercise their rights under the Second Amendment and various state constitutions.

The president did not elaborate, so it is likely that when Congress returns in September, details on how background checks might be expanded to suit varying interests while not infringing on Second Amendment rights will be fleshed out in the process of creating legislation. Pro-rights lawmakers are not likely to undertake that without input from gun rights organizations, such as the National Rifle Association or the Citizens Committee for the Right to Keep and Bear Arms.

On Wednesday, NRA Executive Vice President Wayne LaPierre released a video statement about the aftermath of the mass shootings and the attempts to exploit those tragedies in an effort to clamp down on gun owners.

Anti-gunners are also keen on expanding so-called “red flag laws” that essentially allow seizure of someone’s property—in this case firearms—based on what might be considered hearsay evidence if it involved any other situation than gun ownership and possession.

Rights activists have serious concerns about what appears to be the lack of due process as required by the Fifth and Fourteenth amendments.

Writing in the National Review, researcher/author John Lott and Congressman Thomas Massie suggest that these laws are ripe for abuse.

“These laws let the government take firearms away from people who are arrested but not convicted of crimes,” they write. “Even simple complaints without arrests have been enough. That is quite a violation of due process, and hopefully the courts will strike down this provision.”

And what happens when “meaningful background checks” and “red flag laws” fail to produce the desired results? What’s next, a requirement for firearms dealers to be clairvoyant? Making the Tom Cruise movie “Minority Report” a real practice?

President Trump indicated that Senate Majority Leader Mitch McConnell may be on board with background check legislation, although the Washington Times story noted McConnell had not confirmed that.

All of this is in reaction to the shootings in California, Texas and Ohio. In all three of those cases, authorities say the shooters purchased their guns legally.

So, what’s left? There have been suggestions about reviving the ban on so-called “assault weapons,” but unless Democrats re-take the Senate and retain the House, and capture the White House at the same time next year, a complete ban might be wishful thinking.

Licensing of gun owners and registration of their firearms might be impossible. When tried in Canada, it cost many times what was originally projected and turned into a financial and logistic wreck.

In this country the Second Amendment might get in the way of most gun control schemes, thanks in no small way to the shift in the federal courts and U.S. Supreme Court, which has happened on Trump’s watch.

Anti-gunners are hoping to change this in 2020. 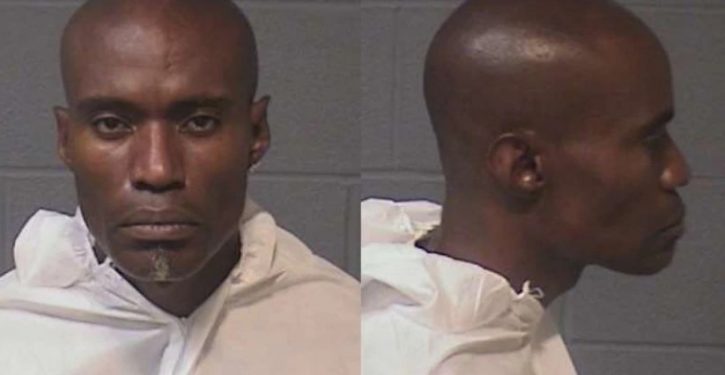 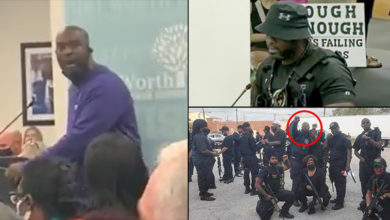 Black Militant Threatens Anti-CRT Parents At Texas School Board Meeting: ‘I Got Over 1,000 Soldiers Ready To Go, Locked And Loaded’ (Video) 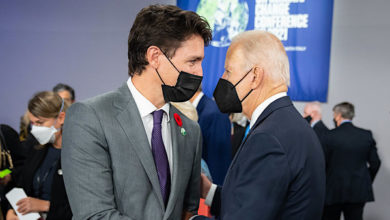