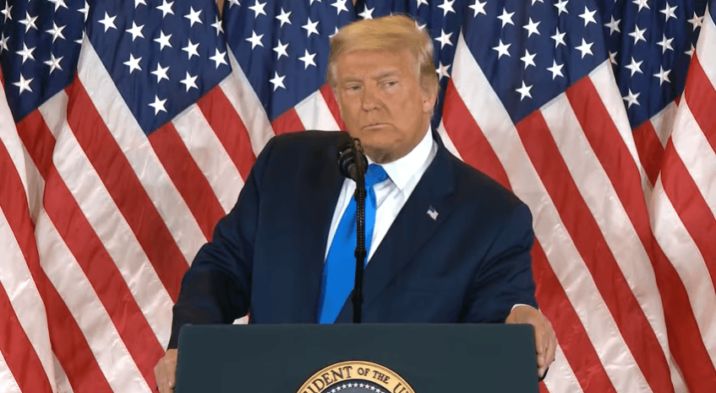 IT is impossible to overstate the magnitude of the precipitous dangers faced by patriots, that is, by the deep state — namely, via the so-called intelligence agencies and their hench-people. So much so, Tucker Carlson recently reported,

IN this regard, is it any wonder that President Trump — a man who doesn’t make false promises, nor issue idle threats — vows to free imprisoned supporters?? Rhetorical.

Donald J. Trump has vowed to free 500 of his supporters who have been wrongfully imprisoned for allegedly storming the Capitol building on Jan 6. Per sources involved in Trump’s Deep State purge, less than a handful of those 500 had entered the building, and Capitol police had graciously granted entry to those few. Nonetheless, Biden’s ‘criminal’ justice department has waged a war of attrition against law-abiding Trump supporters and God-fearing American patriots.

On Saturday afternoon, Trump and his inner circle discussed on a private conference call the Biden regime’s incessant war on freedom. Stephen Miller and Stephen K. Bannon, both of whom have been operating behind the scenes, expressed dismay that the FBI and ATF were still conducting “secret arrests” on innocent conservatives who had no link or only a tangential link to the events that transpired on Jan 6.

As of this writing, the Biden regime is holding 500 Trump supporters in “pre-trial detainment” at six clandestine confinement centers—concentration camps—in the outskirts of Washington, D.C. Biden’s ineffectual attorney general, Merrick Garland, has labeled them domestic terrorists and is indefinitely detaining them under provisions outlined in the Patriot Act. The detained have been denied bail, visitations, and basic rights given to convicted murders.

Trump, our source said, is outraged at the inhumane treatment his followers are receiving.

“There’s been discussion on whether to call on the military to raid these internment camps and free these patriots, but there’s concern it might cause backlash, especially since Trump still hopes to be reinaugurated in the coming months,” our source said.

Stephen K. Bannon, he added, has pressed trump to use the “nuclear option,” or military, immediately, as several jailed Trump supporters have reportedly become ill and are being denied appropriate medical treatment. At least one, our source said, had a heart attack and had lain unattended on a filthy floor for six hours before guards discovered his lifeless corpse. Another prisoner came precariously close to dying from a brain infection after his tooth abscessed and his cries for help went unanswered. Yet another nearly choked on his own blood after consuming mashed potatoes laced with glass shards.

Our source would not reveal how Trump’s team obtained the intelligence, but he insists its veracity is infallible.

While Bannon wants immediate results, Miller and Trump’s eldest son, Don Jr., have urged Trump to consider a measured approach: wait for inauguration to pardon them.

“Their fear is that if the military rescues them, they will still be on Kamala Harris’s hit list. They’ll be fugitives at large, considered armed and dangerous. The military or Trump would have to hide them until Biden and Harris are evicted from D.C. Freeing them might also put their families in danger. It’s a precarious situation,” our source said.

Nonetheless, Trump has promised to muster the full force and effect of his ample resources to ensure no added harm comes to the detained, and that they be freed at the earliest possible time.

“I vow to save these good Americans,” Trump told advisors.

In closing, our source said Trump is mulling options and will quickly decide whether to seek military aid or wait it out.