John McCain, the alleged “Republican” Senator from Arizona who broke his campaign promises to repeal Obamacare, took yet another jab at President Trump and the ideology that helped propel him to office.  That attack prompted a response from Trump, who warned McCain that “at some point I fight back, and it won’t be pretty.”

According to The Hill, McCain blasted what he called, “half-baked, spurious nationalism” in the United States during an emotional speech Monday night after he was awarded the National Constitution Center’s Liberty Medal.

“To fear the world we have organized and led for three-quarters of a century, to abandon the ideals we have advanced around the globe, to refuse the obligations of international leadership and our duty to remain ‘the last best hope of earth’ for the sake of some half-baked, spurious nationalism cooked up by people who would rather find scapegoats than solve problems is as unpatriotic as an attachment to any other tired dogma of the past that Americans consigned to the ash heap of history,” he said.

The Arizona senator said “we live in a land made of ideals, not blood and soil” and said Americans “are the custodians of those ideals at home, and their champion abroad.”

“We have done great good in the world. That leadership has had its costs, but we have become incomparably powerful and wealthy as we did,” McCain said.

“We have a moral obligation to continue in our just cause, and we would bring more than shame on ourselves if we don’t. We will not thrive in a world where our leadership and ideals are absent.”

McCain’s remarks came after he was presented the prestigious medal by former Vice President Joe Biden. The Arizona Republican received the award for his “lifetime of sacrifice and service” to the United States.

That didn’t sit too well with Trump, who responded sharply during a Tuesday morning live interview with WMAL’s Chris Plante.

Apparently, McCain didn’t like the fact that Trump stood up to him, saying that he’s “faced far greater challenges than this,” according to CNN.

In response to Trump's threat, McCain had this blunt response: "I’ve faced far greater challenges than this" https://t.co/nFo24e0dDe

McCain also dismissed the idea that he took a jab at Trump, according to Politico:

“I was referring to the whole atmosphere and environment,” McCain said, noting that Trump is not the first politician to use “America First” language. “No, there’s a whole lot of people besides the president who have said ‘America First.'”

He also scoffed at the idea that he opposes legislation simply because Trump supports it.

McCain, too, said he would vote with the president’s agenda when it matched his own, scoffing at the notion that his personal feud with Trump might keep him from supporting legislation backed by the White House.

“Why would you say something that stupid? Why would you ask something that dumb? Huh?” McCain said. “My job is United States senator, a senator from Arizona, which I was just reelected to. To mean that I’m somehow going to behave in a way that I’m going to block everything because of some personal disagreement? That’s a dumb question.” 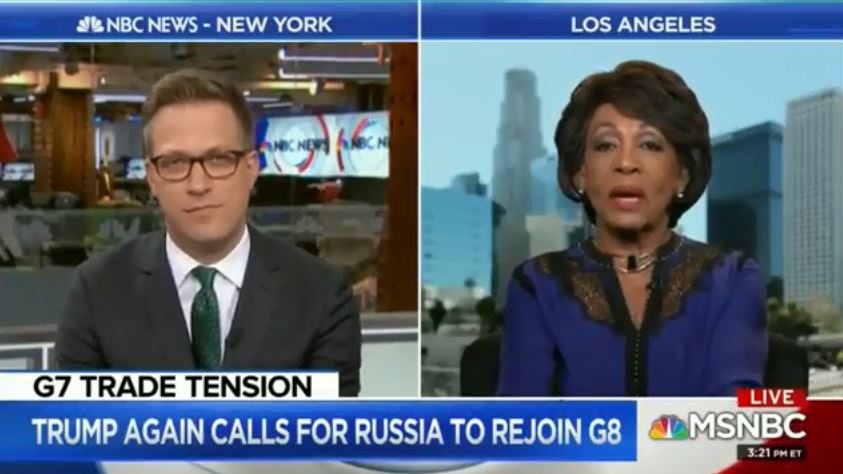