Likely Republican nominee Donald Trump got the endorsement of the National Rifle Association Friday in Louisville where the organization is gathered for its 145th annual convention, but some people, it seems, are skeptical.

In response, diehard Ted Cruz supporters have opened up on social media accusing the NRA of selling out.

At the Friday Leadership Forum, Chris Cox, executive director of the NRA’s Institute for Legislative Action, put it bluntly: “We have to unite and we have to unite now. If your preferred candidate has dropped out of the race, it’s time to get over it.”

Cruz faithful, who are presently pushing their effort at the Washington State Republican convention, apparently don’t see it that way, at least not for the moment.

But in Louisville, the debate has definitely shifted and Trump appears to have gained ground with gun owners, especially after declaring that if he is elected, “We’re getting rid of gun-free zones.”

He also warned the thousands of NRA members at the forum that Clinton “wants to abolish the Second Amendment.”

After receiving the NRA endorsement, Trump promised, “I will not let you down.” He called it “a fantastic honor.”

Trump revealed that he has been an NRA member for some time, and that his sons, who are active hunters and shooters, are also longtime members.

Cox reminded the crowd that the next president will have an opportunity to fill the Supreme Court seat left vacant by the death of Justice Antonin Scalia. He said many people believe this year’s election is “do or die for this country.”

Trump said he has put together a list of potential Supreme Court candidates, and he challenged Clinton to reveal her own list of possible nominees.

He also challenged Clinton to disarm her security detail. 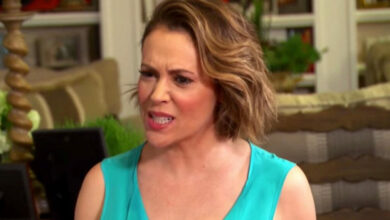