Lewandowski was at Jupiter police dept this morning, according to arrest report. He faces a simple battery charge. https://t.co/HOVjFgLgZR

Corey Lewandowski, Donald Trump campaign manager, was charged this morning with misdemeanor battery after allegations of forcefully grabbing a reporter at a Jupiter news conference, town police confirmed this morning.

Following a March 8 conference at Trump National Golf Club, Michelle Fields, a 28-year-old reporter formerly with the online Breitbart News Network, said she was grabbed on the arm by Lewandowski, 41, after she asked Trump a question about affirmative action.

In a somewhat interesting twist, The Right Scoop reported that the attorney Lewandowski retained was reportedly “fired from his government job after biting a stripper.”

Jim Hoft, the owner of the pro-Trump Gateway Pundit, called the charges a “sham.”  Seriously:

@gatewaypundit They're not "sham charges". Jupiter PD examined evidence. ANY unwanted physical contact is unlawful and is battery. @tedcruz

Will this impact the Trump campaign?  It’s hard to say.  As Trump himself once observed, he could commit murder on 5th Avenue in broad daylight and his supporters would still vote for him. 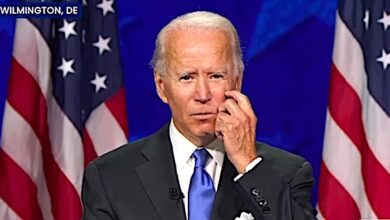