In order to remove a sitting president, the vote needed to be bipartisan…it was most certainly not. The Republican holdout was Mitt Romney, (R-UT) who has been formally disinvited to the CPAC conference for his voting stance against the President, although some Republicans are now saying, hey don’t punish him. Why not?

Senator Mitch McConnell opened the voting session by stating that,“This partisan impeachment will end today. But, I fear the threat to our institutions may not. Normally, when a party loses an election, it accepts defeat. … But not this time.”

He’s right. Democrats are already pushing the Russian narrative again ahead of the 2020 elections.  (Ex: Adam Schiff claimed that Trump would sell Alaska to the Russians. We previously reported the idiocy of the statement).

“I’m pretty sure she didn’t want to do this,” McConnell said, referring to Pelosi’s lengthy reluctance to initiate impeachment proceedings. Trump, speaking to Fox News ahead of the Super Bowl, made a similar argument, saying the “radical” wing of the Democratic Party had pushed her into making a grave mistake and realizing her “worst nightmare.”

McConnell also said he was “perplexed” by Democrats’ arguments that the evidence against Trump was overwhelming and obvious, but at the same time, more witnesses and evidence were desperately needed. He called the proceedings a “thoroughly political exercise,” and added that ironically, Pelosi was right “in the beginning” when she didn’t want to go down this path.

“This was a political loser for them,” McConnell said. “At least in the short-term, it has been a colossal political mistake.”

In the end, Trump was acquitted. The Democrats never had a real chance because of the Republican majority. Romney split his vote – guilty of abuse of power and not guilty of obstruction of Congress. (Schizophrenic Trump hater?)

“This should finally slam the door on the sick obsession these socialist Democrats have with harassing President Trump and his family. Nancy Pelosi needs to learn some self-control by suppressing her hatred of President Trump so she can finally start getting things done for the American people.” Tom Emmer, National Republican Congressional Committee chairman

It won’t slam the door, because the radical left is completely unhinged and will continue to push the lies.

Chief Justice John Roberts was thanked by Senator McConnell for his patience and “steady hand” during the tense trial, and presented him with a golden gavel. His facial expressions during the trial were indicative of some irritation, but he held back.

Too bad not everyone knows how to do that.

Thank god for level headed Senators who acquitted @realDonaldTrump… and I’m not talking about you Mitt. 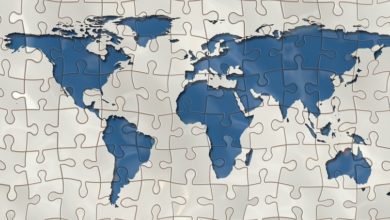 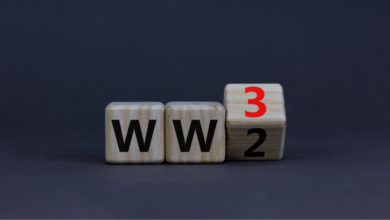 UK Official Fears Putin will Declare ‘WWIII’ Within the Week