Trenton, Missouri – Heroics happen all around us, but often the news media fails to talk about it. Trenton Police Officer Jasmine Diab was shot in the abdomen while transporting a prisoner to a mental facility. A group of five men saw the altercation, followed her, and an armed male held the suspect at gunpoint until police arrived, according to KCTV5. Officer Diab is now in critical, but stable condition.

Witness Michelle Weller took a photo after the incident, and posted her take on the situation. The post currently has 3,000 shares. It reads in part,

“Five men risked their lives to save a wounded police officer in distress. They just happened to be at that place at that time when this officer was attacked by a criminal she was transporting. The suspect had her gun and after shooting the officer in the abdomen was trying to force the wounded officer to drive. These men followed them 1/4 mile down the road where the vehicle stopped and sprang into action.

Sadly you won’t see this mentioned in any of the news articles…and do you know why? Because one of these men was armed and was able to defend himself and others without even firing his weapon just by pointing it at the suspect! If it hadn’t been for that law abiding citizen carrying his weapon with him for defense this situation could have ended up very differently and more people could have been hurt. Because he had his weapon these men were able to grab the suspect pull him out of the car and hold him down on the ground until officers arrived on the scene.”

The incident occurred as Officer Jasmine was taking Jamey Griffin, 35, to a facility for mental evaluation. Even though he was restrained, he somehow managed to get at her gun during the struggle and shoot her in the abdomen. He was shot in the hand. He then attempted to force her to drive him in spite of her being wounded. The transport vehicle came to a rolling stop in the parking lot of a gas station.

A group of men at the station noticed that something wasn’t right and followed the vehicle for another 1/4 mile.

“In this case, they chose to intervene and come to an officer’s aid and subdue the suspect and possibly keeping him from escaping or doing more harm. I am not advocating that people need to feel that they intervene in a situation this level, however, people chose to and in this situation it was critical.” Missouri Highway Patrol (MHP) Trooper Jake Angle (Blue Lives Matter)

Trenton Police officer Jasmine Diab, 24, is the single mother of a 4 year old little girl. Critically wounded in the attack, she was transported to the hospital by helicopter and underwent several surgeries. She was upgraded to stable condition.

The community of Trenton has rallied around her, preparing frozen meals for when she comes home, looking after her pet, and mowing her yard. They’ve created a fund for her at this link.

Griffin is charged with “armed criminal action, first-degree assault, and unlawful use of a weapon in connection with the attack on Officer Diab.” He was previously in jail for an assault charge, and has a criminal history that includes resisting arrest, drug possession, assault, as well as driving while intoxicated. 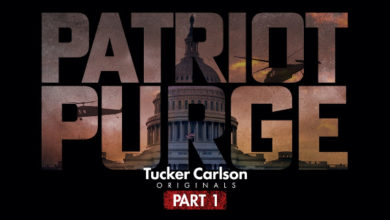