With but a few weeks until Donald Trump is sworn in as America’s 45th president, it makes sense that his transition team would want the specifics on the various departments and agencies that have answered to Barack Obama for the last eight years.

And Team Obama is none-too-happy about that, complaining that they are “unsettled” and “concerned” regarding the Trump people wanting to know the who, what, when, where, and why of the operations and programs are currently underway.

As reported by Joseph Weber of Fox News, the transition team has been asking specifically of the departments of Energy, State and Homeland Security “about their work on hot-button issues like climate change and ‘violent extremism’.”

But what has the Obama folks rattled is their asking for the names of the Obama staffers involved with the same operations and programs the Cabinet-level departments are actively engaged in.

Critics of President-elect Trump have suggested the inquiries are a sign his administration intends to gut key programs and punish the staffers involved. Republican defenders, though, say these concerns are overblown.

“The Democrats are trying to talk about anything other than their own problems, and currently they include stoking faux outrage about President-elect Trump rolling back women’s rights and firing bureaucrats who don’t agree with his environmental policy,” Republican strategist Joe Desilets said Wednesday.

The inquiries began earlier this month when transition team members submitted 74 questions to the Energy Department regarding climate change and other policy issues, including two about staffers who worked on President Obama’s climate agenda.

Energy officials have pledged to cooperate with the incoming Republican administration but didn’t provide the staffers’ names. The transition team hastily struck the questions, but not before a storm of criticism.

Fox News is also reporting that “The Los Angeles Times also reported that the team has inquired with the State Department about gender-based programs, asking about ‘staffing, programming and funding,’ including those started or championed by Hillary Clinton when she ran the department.”

Despite Obama promising a number of times that his administration would be “the most transparent administration in history,” the Democrats are plenty shaken by the Trump transition team wanting to know what’s going on and who exactly is calling the shots.

Reuters, meanwhile, reported that the team also has asked the State and Homeland Security department for the names of officials working on efforts to counter “violent extremism.”

Reuters reported that some career officials were concerned about what the incoming administration would do regarding those programs. 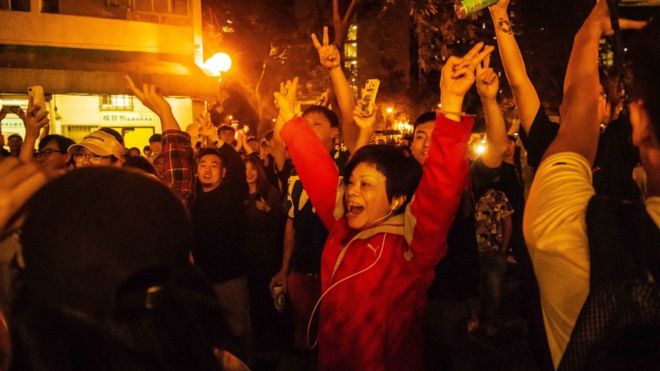