As we and others reported Thursday, TBS’ Samantha Bee angered many when she called Ivanka Trump a “feckless c**t” during an episode of “Full Frontal.”  Bee apologized, as did TBS, but is the apology sincere?

“I would like to sincerely apologize to Ivanka Trump and to my viewers for using an expletive on my show to describe her last night. It was inappropriate and inexcusable. I crossed a line, and I deeply regret it,” Bee said.

TBS released their own apology, saying: “Samantha Bee has taken the right action in apologizing for the vile and inappropriate language she used about Ivanka Trump last night. Those words should not have been aired. It was our mistake too, and we regret it.”

Samantha Bee has taken the right action in apologizing for the vile and inappropriate language she used about Ivanka Trump last night. Those words should not have been aired. It was our mistake too, and we regret it.

Indeed it was TBS’ fault as well, Ben Shapiro noted at the Daily Wire (Emphasis added):

First off, these apologies are faker than a $3 bill. Roseanne Barr’s vile comments were unscripted and off-the-cuff; she’s been making nutty and vile statements for years on venues like Twitter. But Bee’s statements were scripted, taped, and then aired. At no point did anyone on Bee’s staff, including Bee, think that perhaps her comments might have crossed a line. Bee regrets nothing except, perhaps, getting caught. The same holds for TBS.

Shapiro is absolutely correct.  Bee wasn’t speaking off the cuff — these comments were carefully crafted, edited, added to a script, taped and later aired.  Which means both Bee AND the network knew full well what they were doing when they did it.

All of which demonstrates the full-blown stupidity of the apology culture in which we now live. Barr apologized and people ignored it, but there’s a good shot that her apology was more genuine than Bee’s. When Laura Ingraham apologized for the supremely mild sin of calling Parkland survivor David Hogg whiny, the entire Left said her apology was fake. There’s no reason for us to believe Bee’s apology, or TBS’s.

Two companies — Autotrader and State Farm insurance — have already said they are dropping their ads from Bee’s program, and other companies are under pressure to drop their ads.

“The comments expressed by Samantha Bee were offensive and unacceptable and do not reflect the views of our company,” Autotrader said in a statement.

“We have asked TBS to suspend our advertising in the program and are reviewing any future placements,” State Farm added.

What do you think?  Do you accept the apology offered by Bee and TBS?  Should Bee be fired?  Let us know in the poll below: 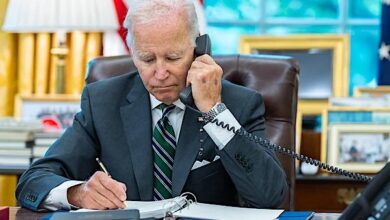 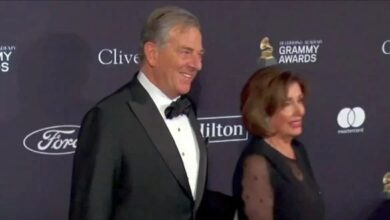