Warning that the world is “in the middle of a major biological catastrophe,” renowned physician and epidemiologist Dr. Peter McCullough charged in a recent address that fraudulent public health officials are pushing experimental “gene-transfer” COVID-19 vaccines that produce the “loaded weapon” of a toxic spike protein.

“I think the reason why everybody’s here is we have a sense that something very bad is going on in the world. And I’m here to tell you, I think it is,” he said Sept. 24 in a keynote address at the annual fundraiser of the non-profit Michigan for Vaccine Choice, LifeSiteNews reported.

“If you feel tension right now and you feel some emotional distress, and if you feel as if things aren’t going right … I think your perceptions are correct,” McCullough said.

“And if your perceptions are correct, now’s the time for action.”

McCullough informed the audience that earlier that day, he was stripped of the editorship of a Swiss-based journal Cardiorenal Medicine after having lost his position with a major health system, “with no explanation and no due process.”

All because of his “lawful” participation “in a topic of public importance.”

“What we are doing is lawful,” he said.

He predicted the eight professional acronyms behind his name “will be progressively erased.”

It will happen “because there’s powerful forces at work, far more powerful than we can possibly think of, that are influencing anybody who is in a position of authority.”

Emphasizing the importance of safety in medicine, he said it’s “beyond astonishing” that “there has been an injection of a substance into half of Americans’ bodies and there’s yet to be a report to America on safety.”

That was not the case in 1976 when the government shut down the Swine Flu vaccination campaign after the emergence of 25 deaths and 550 cases of Guillain-Barre Syndrome. The debate over whether or not they were caused by the vaccine, didn’t matter, he noted. What mattered was that unexplained deaths occurred after vaccination.

Today, the government and Big Tech are taking an extraordinary gamble, “testing out new technology on, not just the nation, but the world.”

McCullough has 600 peer-reviewed publications to his name. Many have appeared in top-tier journals such as the New England Journal of Medicine, Journal of the American Medical Association and The Lancet. In May, he explained why he thinks the vaccines are too risky, particularly taking into account the fact that most people have a 99% survival rate. He testified to the U.S. Senate last November against what he described as the federal government’s politicization of health care during the pandemic, curbing or blocking the availability of cheap, effective treatments for COVID-19 such as hydroxychloroquine and ivermectin.

He explained that “normally a messenger RNA is used once and disposed of.” But the mRNA injections by Pfizer and Moderna, messenger RNA are “used over and over … again and stays in the cells for a [very] long time.”

“We are working with scientists all over the world, and there is a belief now that the messenger RNA can survive cell division, [and] so a parent cell can give it to daughter cells,” he said.

“For the first time in human history, we have a biologic product that’s telling our body to produce an abnormal protein,”

The mRNA enters cells and causes them to create spike proteins, a “kind of a ‘loaded weapon,’ if you will.”

“It’s now known that the spike protein itself is independently pathogenic: it causes damage itself” to the cells in which it is produced and then circulates in the body for about two weeks,” McCullough said.

“There is nothing about the spike protein that’s good. They’re lethal.”

‘Colossal misstep’
McCullough decried the lack of an independent Data Safety Monitor Board to monitor the administering of the vaccines, calling it a “colossal misstep.”

“If we don’t have safety boards, data safety monitoring boards, critical event committees, human ethics committees, assigned to these programs, we have no hope of shutting this down or even evaluating for safety,” he said.

McCullough, who has chaired 24 data safety monitoring boards, said the only monitors are the FDA, the CDC and pharmaceutical companies with a stake in the outcome.

He said physicians who comply with injecting pregnant women with the experimental vaccines can’t justify what they are doing.

“I have a lot of interaction with doctors,” McCullough said. “I don’t [know] a single doctor who can look me in the eye and support what’s being done to pregnant women. What I see in their eyes is fear, shame, guilt. They know they’re wrong, but they’re confused.”

“It’s not a proposition that anyone would take,” he said.

“We never do that in clinical research. Never. The correct term in safety pharmacovigilance is “tip of the iceberg,” he said.

“Whatever we’re seeing now in sporadic reporting is ‘tip of the iceberg.”

He said the reporting in the Vaccine Adverse Event Reporting System, or VAERS, “could be an underrepresentation by a hundredfold, or even more.”

‘Therapeutic nihilism’
He also discussed the importance of early treatment.

“You know what determines who gets hospitalized or doesn’t get hospitalized in the United States? If they got early treatment,” he said.

“That’s what makes a difference, not a vaccine.”

He pointed to data from one of the most vaccinated nations in the world, Israel, which uses the Pfizer vaccine.

The Pfizer vaccine has “completely and totally failed,” he said, pointing to data that forecasts what can happen in the U.S.

“If you had asked the question, ‘Would Israel have been better off not to vaccinate a single person?’ the answer is, ‘Yes,’ from an epidemiology perspective. Yes, [the Pfizer vaccine] is a complete and total failure,” he continued.

But Israel is “doubling down” with booster shots, he said, which also have failed to stem the surge.

McCullough said that when many serious cases of vaccine injuries emerged in the U.S., authorities created a narrative that busy hospitals were the result of patients who refused the vaccines.

The CDC, he said, “cooked the books to make the vaccine failures look small and make the problem starting May 25th forward look like it was going to be a ‘crisis of the unvaccinated.’”

“And we started to hear talking points like, ‘Oh my gosh, the hospitals are filling up and they’re all unvaccinated,’ and people would say ‘unvaccinated’ with kind of a snarl.”

He accused President Biden’s top coronavirus adviser, Dr. Anthony Fauci, of “committing fraud” by declaring there is “no evidence” to support the effectiveness of ivermectin in treating COVID-19.

“Ivermectin is supported by over 60 studies, over 30 clinical trials,” he said.

“You don’t say, ‘No evidence’ when there are over 30 randomized trials in aggregate that support it.”

Further, hydroxychloroquine is not used in a single hospital despite a high-quality study that confirmed its effectiveness.

“It’s a crime,” McCullough said. “What’s going on is absolutely a crime against humanity.”

McCullough calls the denial of early treatments practiced by much of the medical industry today as “therapeutic nihilism.”

“Therapeutic nihilism is this intent to do nothing” amid the threat of a potentially fatal disease, he explained.

“With such an omission we promote fear, suffering, isolation, hospitalization and death.”

He pointed to an article in the Sept. 17 issue of the British Medical Journal that summarized a report, based on census and CDC estimates, that concluded 120 million Americans now have had COVID-19, whether they’re vaccinated or not.

“They have durable immunity that represents 44% of those ages 18 to 49,” he said. “That large block has a negligible risk of COVID-19; they can basically release their fear of getting the infection again.”

In addition, there are six studies “showing that if they’re needlessly vaccinated, there’s excess harm.”

“So I think that’s a clear message Americans should take home, that natural immunity is really the backstop of us getting out of the pandemic.” 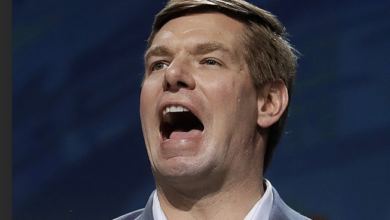 Rep Eric Swalwell: Parents Should Not be in Charge of Children’s Education 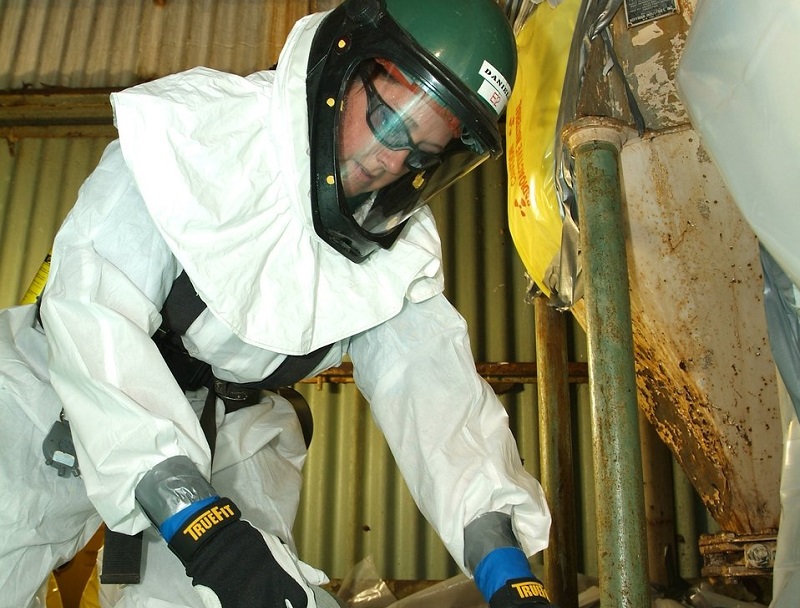