Country music star Jason Aldean was on stage Sunday night at the Route 91 Harvest Festival in Las Vegas when Stephen Paddock opened fire across the street from inside the Mandalay Bay Hotel and Casino, killing at least 58 people and injuring more than 520.

While the motive of why Paddock committed the worst mass-shooting in U.S. history is unknown, Tony Perkins of the Family Research Council had this to say:

Nothing could have prepared Americans for the news many of them woke up to this morning.

After so many horrible tragedies, Sunday night’s massacre was a sickening shock to a country that has seen far too many evils lately. This nightmare, though, seemed different. In an instant, 22,000 people were transported from a breezy performance to a bloody war-zone that would change their lives forever.

It’s a horrific tragedy for too many families, whose sons and daughters will never come home again. It’s a tragedy for every single survivor, who will bear the scars of that night for the rest of their lives. And it’s tragic for America, a country that has felt the intensity and frequency of these attacks multiply faster than anyone could have imagined.

For now, there’s no comfort in the facts. The motive of gunman Stephen Paddock is as unknown today as it was last night. ISIS claimed responsibility for radicalizing Paddock, warning months ago that Las Vegas would be the site of an attack. Authorities say there’s no evidence to support that claim. What we do know is that this was an act of unthinkable evil, one that reminds us all of the worst — and, in stories of last night’s heroism, best — of humankind.

Until more is known, here’s what we can expect. There will be calls for greater restrictions on guns and gun ownership. While the victims’ families try to pick up the pieces of their lives, the last thing they need is to be in the middle of a national gun rights debate. And is that really the solution anyway?

The government can’t make us safer until it recognizes that the problem isn’t the instruments of violence — but the culture of it. The heart of the matter, as Dr. Ben Carson once said, is the matter of the heart. Gun control is merely dealing with the symptom. What about the real problem — the fact that we’ve gotten to a point in our “civil” society where people are seen as disposable? What has brought our country to a place where we no longer value human beings created in the image of God? A God, I might add, that some Americans are punished for even invoking.

Maybe it’s time we stepped back, as a nation, and considered what’s happened since we removed the Judeo-Christian foundation that anchored this country from its cradle. That knowledge is what teaches us that human beings are intrinsically valuable because they carry the image of God. Without it, people’s understanding of the worth of life is dramatically reduced, especially when it’s replaced with a view that human beings are the product of chance. If anything, last night should have shown more people what this survivor realized: there is a God, and finding Him is the most important thing we can do.

What happened at that outdoor festival should be an opportunity for earnest soul-searching in this nation. It’s time to recognize that the cure for violence isn’t in Washington. It’s in the hope and the healing offered through faith in God, the same faith that has sustained our nation for two and a half centuries of very dark days like this one.

The Conservative Firing Line family of Conservative writers sends its prayers and condolences for all that were affected by this horrible indescribable tragedy.

CAIR charged with fraud, cover up 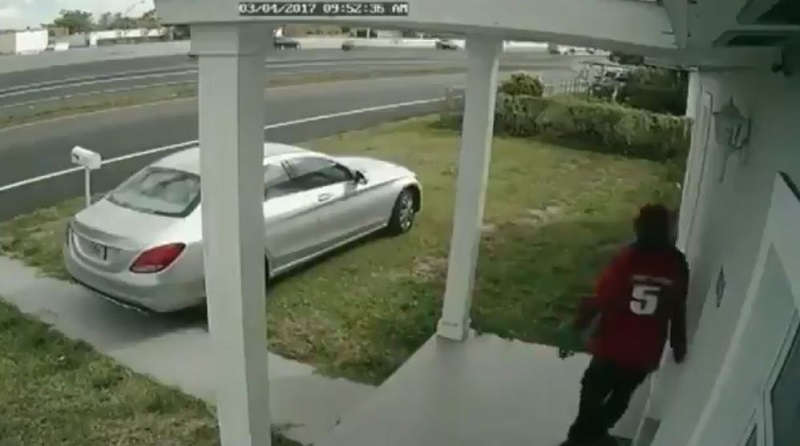 Video of the Day: A Reminder That Wannabe Burglars Should Not ‘Mess With Armed Mothers’

One Black Killer, One White Texas Deputy, and a Community in Mourning (video)