Hosea 4:1 “Hear the word of the LORD, ye children of Israel: for the LORD hath a controversy with the inhabitants of the land, because there is no truth, nor mercy, nor knowledge of God in the land.” (KJV)

(True Conservative Pundit) The above verse speaks directly to the 10 tribes of the Northern Kingdom – but as I read it, I was instantly struck by the realization that this verse portrays the condition of America and its relationship to God the Father – exactly.

In my recently released book, Spiritual Darkness is Destroying America and the Church, I wrote:

“What is the cause behind the spiritual darkness that is invading not only the Church, but also America at large?  Whether or not one believes in God makes no difference at all, the darkness, and the evil that is in America is REAL.  America and the Church are headed for a fall of apocalyptic proportions if things in this country do not change, and change very soon.”

News reports abound with stories of persecution, stories of violence and death, stories that make it abundantly clear that America has changed drastically, and not for the better.

Debauchery at every level is openly celebrated everywhere such as in the “gay pride” parades.  Those attempting to witness to these people, trying as Paul did to save who ever he could reach with the message of the Gospel – these are treated worse than criminals.  They are spit on, punched, shoved, swore at, and even laughed at and directly or indirectly abused by even the police.  Just ask Rob Pue, publisher of Wisconsin Christian News how nasty, mean, and vile these lost souls can be.  Rob’s recent article on ICB reveals in detail what goes on at these supposed “pride” parades.

Where has our “pride” in being a godly nation gone?  What ever happened to We the People being a nation of good and kind-hearted people?  Instead this nation as a whole has devolved into a people wallowing in a cesspool of filth – and celebrating that fact loudly and proudly.  The more disgusting and perverted the actions and speech displayed publically – the better people seem to like it.

The LGBTQ agenda is slowly taking over this country and everything in it.  Lest you think this is an exaggeration, think on this: most major corporations have signed on to supporting the LGBTQ, and anyone speaking against them in a public setting can have their advertising pulled.  Private citizens that dare to speak out can face violence against them, doxing, hate mail, death threats, and harassment on social media.

(Ed. ~ For proof of this, take a look at our coverage of the incidents involving the Christian ministry, “Warriors for Christ,” an online ministry constantly under fire by radical leftists, with Facebook’s apparent blessing.)

What about the transgenders in female sports, the gay Boy Scout leaders, the gay, lesbian, and transgender so-called pastors in the Church?  How about the constant non-stop stream of LGBTQ indoctrination within our schools and even public libraries such as “Drag Queen Story Hour” for kids as young as three-year-olds?

The U.S. used to be the largest exporter of missionaries into the entire world, no longer.  Do you see what and where our priorities as a nation have inexorably moved too?  Perversion.

The Lord is only going to tolerate this belligerence and outright defiance of His will for us for so long, and then His judgment will come, and it will come hard.  I believe His judgment has already begun and it will steadily progress as We the People continue to thumb our collective noses at God while we insist on indulging in our sin.

There is a very disquieting new trend in this country – abortion, and infanticide have become the new trending battle cry for the Politicrats (Democrats and RINOs).  They will do anything to support their beloved right to murder innocent babies in the womb not to mention the right to even kill the baby AFTER he or she is born.  What is next, the right to murder your children at will?  Some will undoubtedly laugh this off or say that I’m crazy, but some will see exactly what I am saying, and where I’m going with this.  This is serious, and the legalized murder of children could happen, after all, it is now legal in some states to “assist” someone in killing themselves.  Do not forget some states now allow babies to be murdered when born, even outside the mother’s womb, so why not older children?  Does it occur to anyone else that assisted suicide is a very convenient way to dispose of so-called useless eaters – as in the elderly?  People would do well to remember that short of illness and accident etc., all of us will be elderly some day.

If someone had said years ago that it would soon be legal for a baby to be killed near or at birth, that statement would have been laughed to scorn.  Not so funny now is it?

Transgenders compete in sports taking away the true females ability to win, and men pretending to be women use the women’s locker rooms and bathrooms – some raping women and girls.  Boys are abused by homosexual pastors, teachers, Boy Scout leaders, and even some police officers.

There is one despicable organization that has this as their motto:

“Sex before eight – or it’s too late”

That would be referring to NAMBLA (North American Man Boy Love Association) of course.  There are far more perverts roaming around in America than people realize, and they seem to have widespread support – and that support is growing.  Even among churches, support for all things LGBTQ is growing by leaps and bounds.  How did the very Church of God turn away from the Scriptures to condone such evil?

The Church used to be the organization that spoke out against injustice and wrongdoing.  Now the Church either sits idly by and does nothing, or worse yet, actively supports this un-godly and dangerous behavior.

Those that speak out against all of this wrongdoing, or sin if you will are marginalized, censored, shouted down, punched, spit on, fired, and held in contempt by the world as well as hated – and this by the supposed tolerant people.

The truth is much misunderstood, it is not, and never was meant to be whatsoever the individual decides it to be.  Truth is truth, unchanging and unalterable, or it is not and never was the truth.  Truth is not for us to change, it is what it is.  Truth is what God says it is, who cannot lie.  Looking to man for truth is like looking to the family dog to interpret the meaning of life.  Truth needs to be obtained from the source of it – the Bible, the Word of God.

Mercy, now that is a quality severely lacking today.

a blessing that is an act of divine favor or compassion

compassionate treatment of those in distress

Compassion and forbearance?  Not in this day and age – more like stomp on them when they are down.  If you disagree with someone, don’t just disagree, punch them in the face and spit on them.  Dox them online, inviting death threats.  Sue them, censor them and remove their social media accounts.

The real problem is that that those who pursue these unwholesome activities do not want to be confronted with the truth.  They know it to be the truth, or they would not work so hard to shout it down and bury it by any means necessary.  Avoiding the truth gives people license to continue in their ways.

Think on this for a moment: if the LGBTQ lifestyle is the be all to end all, why is the suicide rate among these people so high?  Maybe the God of the Bible is right in saying these things ought not to be done?

The Remnant Church of God is forming, and those who are a part of it will speak against these things, doing so in a loving manner.  It is the supposedly tolerant people who act and speak in hate, not the true followers of Christ.  America needs to embrace God, not the Left’s misplaced need for “diversity” and “inclusion.”

It used to be that what was done in the privacy of the home or in the bedroom was that person(s) business, and it still is in my mind.  I don’t want people to do these things that bring the judgment of God, and therefore Hell, but I cannot stop them either.  But now a days, it is no longer done in the privacy of the home – oh no, it is done in public, in broad daylight, and shouted from the very rooftops, loudly and proudly.

This should not be.

We the People need to stop supporting those politicians who advocate for the LGBTQ agenda, for Islam and its nefarious teachings, for the suppression of Christ in our government and schools.  We need to speak out against injustices such as abortion, government corruption, and the Politicrats attempted negation of the U.S. Constitution.

America needs to return to its Christian roots and embrace biblical Christianity and the God of our fathers.  We need to do these things because the alternative is for our country to go the way of ancient Rome.  Rome was defeated militarily, but Rome’s real defeat came at the hands of the Romans themselves – through vast political corruption and debauchery – sound familiar?

Subscribe to my daily newsletter, and join hundreds of daily readers and receive news and relevant commentary. 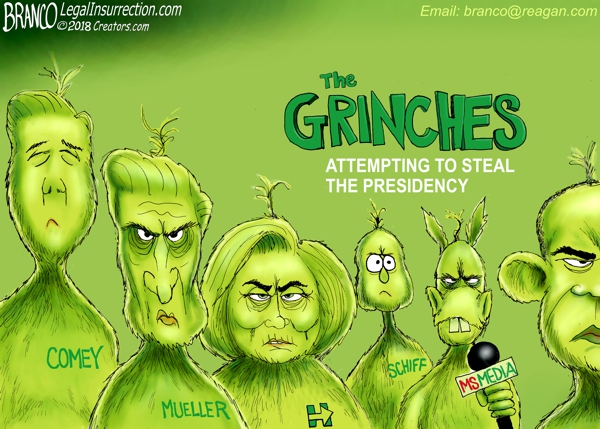 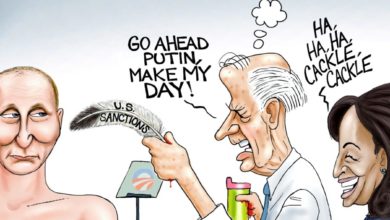 Cartoon of the Day: Dirty Hairy-Legs 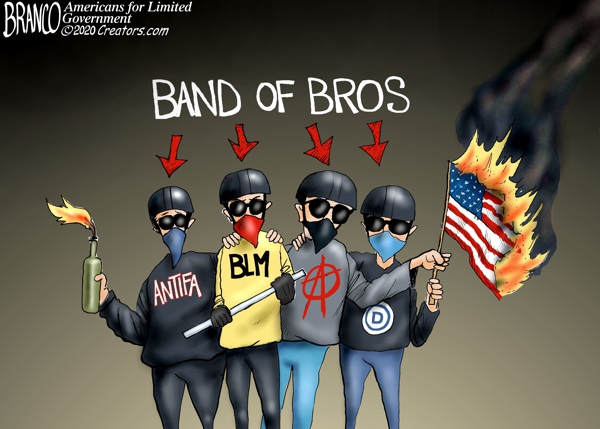