And so it continues as Vladimir Putin’s aggression against Ukraine shows NO sign of abating. With a company of 150 soldiers from the US Army’s 173rd Airborne Brigade conducting joint training exercises with their Polish counterparts…conducting them at Poland’s request to show the world that the U.S. stands with Poland…and with an additional 450 troops shortly due to arrive in Estonia, Lithuania, and Latvia…this is the start of U.S. troops maintaining a presence in Poland and throughout the region at least through the end of this year.

A presence that amounts to NOTHING really as 600 troops is an Obama tokenism…60,000 troops would be a true show of force that even Putin would have to respect.

But with even this small number of our troops now technically within fighting range…within dying range…of Putin’s Russian forces…the chess game between Ukrainian pro-government forces and pro-Russian factions has taken a turn that has neighboring countries fearful, and rightly so, as 40,000 Russian troops have amassed near Ukraine’s border. And with our people now close to this area, the Cold War itself…or worse…could be re-ignited…you know the very same Cold War that Obama said ended over 20 years ago in his foreign policy debate with Mitt Romney.

And with this show of force…as puny as it is…this fight could now possibly turn into the U.S. vs. Russia…the ‘leader from behind’ vs. ‘the Russian Bear’…and we all know the outcome of that standoff will NOT be pretty.

“… We have the capacity, we have the commitment, we have the will to fulfill our NATO obligations,” said U.S. Army Maj. Gen. Richard C. Longo, but hate to tell the General that the sending of a 600 member token force,12 F-16 fighter jets, and aviation support teams to Poland, in NO way sends a strong message to Putin that both Obama and America stands by our NATO allies. All it proves is that once again Barack HUSSEIN Obama is off his game…hell…he’s NOT even in the game.

And unfortunately for us and the world the game continues on…

Hey Obama…did you know that al-Qaeda…the very enemy you are helping to arm in Syria…has taken control of a once-secretive U.S. base on the Libyan coastline west of Tripoli…a base set-up by our Green Beret special forces for counter terrorism training purposes…a base once used to sharpen the skills of Libya’s Western-trained special operations fighters, and also used as the American base of operations for hunting down islamic militants within the area.

And now thanks to Obama’s lack of both leadership skills and his being in the pocket of the al-Qaeda hierarchy, this American base…a base some are claiming was deserted…is now in the hands of Ibrahim Ali Abu Bakr Tantoush, an Osama bin-Laden al-Qaeda operative who currently heads a large group of Salifist fighters.

Much worse…for now the farce known as the ‘Roadmap to Peace’ has crumbled into one big burning heap of a mess as Israeli Prime Minister Benjamin Netanyahu has rightfully accused Palestinian Authority President, Mahmoud Abbas, of forming an alliance with Hamas. You know Hamas…the very group that calls for Israel’s destruction. This alliance, if it comes to fruition, would end by this June the seven-year rift between the two groups as it will try to form a new Palestinian government comprised of independents and technocrats. Under the deal, elections for parliament and the presidency would be held next year, with Abbas intending to implement the agreement within the next few weeks.

This so-called alliance…actually a ‘unity agreement’…between Abbas’ Fatah movement (the dominant group within the PLO that governs parts of the West Bank) and Hamas (the group that governs the Gaza Strip, believes in armed resistance, and refuses to recognize Israel as a Jewish state)…has given much credence to Israel’s walking out of this anything but a peace process, and doing so mere days before the U.S. set deadline for an agreement between both sides was supposed to have be reached.

And Israel has rightfully vowed NOT to hold any future talks as long as the ‘unity initiative’ continues.

“They are currently suspended”…as…“The government of Israel will not hold negotiations with a Palestinian government that is backed by Hamas, a terror organization that calls for Israel’s destruction,” said one Israeli official who was part of the negotiating team.

And the Obama administration’s response…our State Department’s response to this news is that they would have to reconsider U.S. assistance to Abbas’s Palestinian Authority if he and Hamas do indeed form said government. Saying in an official statement that, “Any Palestinian government must unambiguously and explicitly commit to nonviolence, recognition of the state of Israel, and acceptance of previous agreements and obligations between the parties. If a new Palestinian government is formed, we will assess it based on its adherence to the stipulations above, its policies and actions, and will determine any implications for our assistance based on US law”…one critical omission must be noted…

Please note there is NO mention of the all-important recognition of Israel as a Jewish State in our State Department’s response.

‘Any implications’ my eye…the statement should have said that we will cut all aid to those deceitful muslim bast*rds now…period. But does Obama have the guts to stand strong with our friend and ally Israel against this latest Palestinian maneuver…does Obama have the guts to cut all aid to his brethren…I’m sure NOT holding my breath for that one especially when the U(seless) N(ations) Middle East envoy Robert Serry supports the Abbas/Hamas agreement… saying it was “the only way to reunite the West Bank and Gaza under one legitimate Palestinian Authority”…and with the EU saying it welcomed the Palestinian unity agreement but adding that their priority remains peace talks with Israel.

Sorry but you cannot have it both ways.

So as the non-existent so-called Palestinians celebrate the ‘unity agreement’ Israel rightfully walks away from the anything but peace talks. And as our State Department’s chief bloviator, Secretary of State John ‘Swiftboat’ Kerry, fails in his job yet again…the fires have been lit for major confrontations from the Balkans straight through to the Middle East…and they will catch fire just as Barack HUSSEIN Obama jets off for yet another vacation on our taxpayer dime. 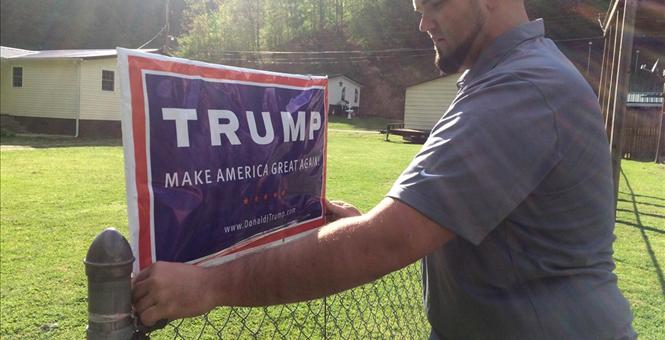