About a week ago we shared a Fat Jerry video from 1998, in which Nadler was defending Bill Clinton against impending impeachment.

Would be a shame if everyone saw what a hypocritical, transparent gremlin Jerry Nadler is.
Please don’t share pic.twitter.com/Eumakbxo3D

The guys at 100% Fed Up have unearthed another. You have to see this.

Democrat Jerry Nadler sure is singing a different tune about impeachment now that his party is trying to impeach Republican President Donald Trump.

Way back in 1998 when Bill Clinton was in hot water, Nadler bloviated about how impeachment is the “undoing of a National election.” He also said that they were mad because “they’re telling us our votes don’t count.”

Shouldn’t the same thing apply to a Republican or is Nadler just a big hypocrite?

“An impeachment of a President is an undoing of a National Election!”

One of the reasons we feel so angry about what they are doing is because …they’re telling us our votes don’t count!”

Nadler is on video also speaking to the House saying the same thing:

Jerry Nadler spoke out about how damaging an impeachment would be during the Bill Clinton impeachment inquiry.

He claims that impeachment would cause “damage to our nation.”

He makes a lofty claim that is beyond hypocritical in light of what he’s doing to President Trump in 2019:

“If our conduct in this matter does not earn the confidence of the American people, then any action we take especially if we seek to overturn the result of a free election it will be viewed with great suspicion and could divide a nation for years to come.”

The 2nd video referenced was the one at the beginning of this article.

Fat Jerry really has some explaining to do.

We want to know about his miraculous weight loss, because we already know he’s a typical Democrat… AKA hypocrite.

Congratulations on the weight loss since 1998 Jerrold Nadler, evidently you are less full of $hit now than you were then.

That’s a scary thought. –FROM MY PREVIOUS ARTICLE ABOUT NADLER’S HYPOCRISY

I had to throw that out there because I’m not the only inquiring mind that wants to know.

Gary Franchi ponders the same question at the 1:37 mark of the below video.

If her weren’t Democrat I might say he’s on drugs.

Hanging around a bunch of Democrats, for decades, is probably worse than heavy drugs in that regard.

Look what has happened to Biden.

Nadler is just as brain dead as any of them it would seem, as he continues to push impeachment at any cost.

Nadler isn’t the only one that is now looking like a fool because of past impeachment videos, by the way. 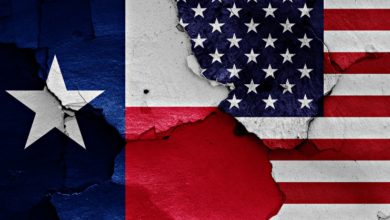