WHILE too many are loathe to admit to the horrors unfolding before their bugged-out eyes, the fact remains that denial will never change a damn thing. As is said, it ain’t just a river in Egypt. But as my beloved mother (the wisest and most compassionate woman I have ever known) instilled, most especially, when things got tough: Just put one foot in front of the other. Take the bull by the horns. Buck up! Like mother, like daughter. Hopefully. 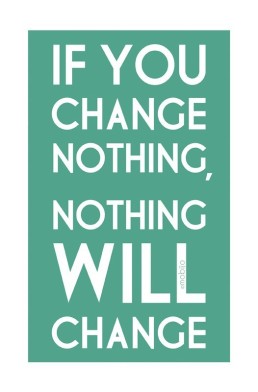 ALAS, for those who prefer to keep their eyes and ears closed, that’s okay – as is known, reality just isn’t everyone’s cup of tea. Thus, this site’s truth-telling will fall on their deafened ears. Admittedly – re folks who prefer to remain blind as bats – serving as an irritant has its own rewards.

BE that as it may, for those who value confronting what’s what – whatever shakes out – this address is tailor-made. Standing shoulder to shoulder with reality seekers is not an easy path to take, however, a smattering of non-fake news sites, in particular, Conservative Firing Line, have taken up the gauntlet.

CONSEQUENTIALLY, countless who read these pages were hardly shocked when they found out that this author – with co-author Joe Newby – wrote the very first book which exposed Facebook’s underbelly: “BANNED: How Facebook Enables Militant Islamic Jihad.”

AFTER all, someone had to execute the heavy lifting! Besides, the rest of the books about Facebook are puff-pieces by Zuckerberg’s sycophants. Toadies. By the way, BANNED debuted at AMAZON on August 31, 2016.

IN this respect, whether “coincidental” or not, increasingly, Facebook (and related tech giants) has been in Congress’s cross-hairs – despite so-called mainstream media’s attempt to downplay what’s going on. No matter.

EVEN so, in order not to repeat what already has been revealed at BANNED – as well as at these pages – let’s just detail several (out of enumerable) updates; that which should, as stand-alone evidence, be more than enough proofs to hold Facebook to account.

NOW, even though BANNED set the train in motion against the dangerous overreach of Facebook (big tech), it is enormously gratifying to see others jumping on board. Accordingly, in Aug. 2017 – almost a year after BANNED exposed Facebook’s underside – Breitbart reported:

…….And most recently, they have been accused of helping steer the politically correct posse that seeks to censor—or worse—the authentic voices of many Americans.  In fact, the tech companies needn’t be accused of this censorship, because they proudly proclaim that they do it.

Thus we can see: The hard-won freedoms of the American tradition, including those of the First Amendment, don’t mean much if some billionaire geek can simply delete them.

Some might insist that private companies have a right to do what they want to private customers—that the dictates of the free market should give them the right to do as they wish.  To be sure, we should believe that the virtue of personal freedom should extend to tech titans.  And yet at the same time, these are publicly traded companies, protected by our laws, and operating on an Internet that was created with public money (by the Pentagon, back in the 1960s).

The tech companies are, in fact, by their own desire, common carriers.  We can add that “common carrier” is a well-understood legal term, dating even before English common law, all the way back to Roman times. Common carriers have a duty to serve the public—all of it.  And so today, these companies should of course be good corporate citizens and treat everyone fairly.  That’s the American Way.

Of course, some might assert that, ironically enough, the tech companies are doing their victims a kind of favor—by removing them from the danger zone of being tattled on by the techsters.

Without a doubt, it’s obviously an abuse that tech companies can censor at will and without recourse, and yet someday we might wake up and realize that those same techies haven’t just been censoring their users, but have actually gone even further, to informing on their users.  That is, we might learn that techsters have been handing over all their data to government authorities, or even to such left-wing activist groups as the notoriously biased Southern Poverty Law Center.  If so, many might come to realize that while being thrown off a social network is bad, staying on, and being tattle-tales, would be even worse.

The only answer to such possible abuse is closer supervision, not letting left-wingers pick political winners and losers…..continue reading….

UNRESERVEDLY, par for their wretched and tainted course, guess what? In a display of narcissistic hubris, mouthpieces from Facebook and Google swore before Congress that they ARE fighting “extremist” content!

MIND you, in an Orwellian twist, even though Zuckerberg assured Merkel (in Sept. 2015) that he would stifle anti-immigrant posts re “refugees” (and he is making great strides in this direction), still, her Stasi roots have more in common with Facebook’s Zuckerberg than even she realizes. But never mind. Seemingly, she is applying additional pressure re this and that “hateful” content. Birds of a feather – Merkel and the “geeky techster.”

{Merkel pictured under a FDJ banner – Free German Youth, also known in German as Freie Deutsche Jugend – she was one of the leaders of its agitation and propaganda arm for communist and socialist fronts…hmm)

“Social media companies are obliged to delete or block any online ‘criminal offenses’ within 24 hours of receipt of a user complaint – regardless of whether the content is accurate or not,” Bergman writes.

“While such policies would doubtless have earned the German authorities many points with the old Stasi regime of East Germany, they more than likely contravene the European Convention of Human Rights (ECHR) to which Germany is a party, as well as the case law of the European Court of Human Rights,” she writes.

The new law, which took effect Oct. 1, 2017, obligates social media companies to “delete or block” any material about which a complaint has been filed, but it was not fully enforced until Jan. 1, 2018.

IT should go without saying: When a monopolistic entity accrues overwhelming power, proving itself to be the world’s most dangerous censor to boot (while directly violating the right of the people to free speech via the Constitution, in tandem with lending its platform in support of Jihad and other criminal/terror activities, ANTIFA-like) effectively, Congress not only has a right to regulate it, but a duty to do so!

MANIFESTLY, due to all of the above (and so much more), no one should dare to fool themselves into believing that without Congressional intervention Facebook (and other social media behemoths) will be brought to heel. 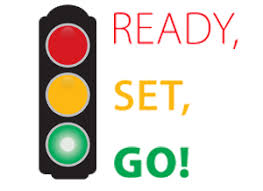 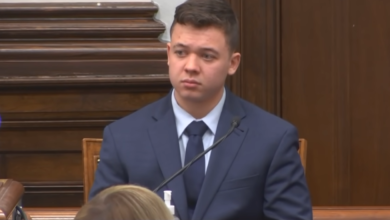