WHEREAS there is nothing new under the sun, relative to “the war between the sexes” a/k/a “the battle of the sexes”, its underbelly can no longer afford to be dismissed. Swept under the rug. In two words: pooh-poohed.

EVER since femi-Nazis emerged within the women’s liberation movement in the 1960’s and overtook it, what was once a positive force for change has become a danger to society as a whole. While its genesis gave voice to legitimate concerns (such as, creating parity between men and women in the workplace, among other inequities), a breakaway faction, deeply-steeped in radical ethos, changed the calculus. Consequentially, then as now, few understand the gravity of its hijacking. Its knock-on effects.

BUT without delving into countless examples, suffice to assert: under the guise of nurturing and protecting women via their all-empowering and proverbial “wings”, said radical feministas have created a devastating chasm between men and women; the likes of which pale in comparison to the “crimes” of the very same misogynists they rail against! From hereon in, let’s coin them what they truly are: misandristics….man-eaters….bitches. Pick your poison.

ALL of which underlies the femi-nazi movement, whereby a top priority has been (and still is) to storm through “all-male” bastions and private clubs, stake their claim(s), and tear apart their male bonding. What the hell for? For heavens sake, if getting men out of their way – supposedly, to separate from them being a key objective – let them keep their man-caves!! But that’s not good enough – they must be beaten to the ground. Infamously, they set their sights on Harvard’s male-only haunts and a host of others. NOW, before this and that (anti-woman) invective is hurled toward this direction, trust, few exemplify the true meaning of “I am woman hear me roar” akin to yours truly.

IN fact, operating within a male-dominated, machismo-fueled domain of counter-terror (and its offshoots) has elicited even more, not less, respect for the so-called testosterone-fueled male. While enraging to femi-nazis, know that few show as much respect in this direction as they do. Meanwhile, countless she-devils whine and opine, hyperventilating, in the process: we need “safe spaces!” Dare this strong-willed, albeit very feminine, woman ask: from whom??

IN this respect, how enraging is it to realize that the aforementioned storm-troopers (and they are) are not only reveling in The Wing – the “all-women”, separatist, gender-exclusive, high-priced, membership-based shared workspaces club(s) – but claim to possess the high-road in the process? Mendacity on steroids!

For a feminist utopia like this, the phrase “human-rights investigation” doesn’t seem exactly on brand. But as Jezebel reported this week, the women’s club is now the subject of an investigation by the New York City Commission on Human Rights (NYCCHR), which wants to ensure the club is in compliance with anti-discrimination laws.

Jezebel’s piece explores the unanswered questions around whether or not a female-only space is lawful in New York state; businesses considered “public accommodation” are forbidden from discriminating based on gender without applying for exemptions, which are only granted in rare cases. It also considers the legal precedents that may exist for treating such a space differently than male-only clubs. (Women, one could feasibly argue in a post-Weinstein world, need a safe space more than men.)

But what the article doesn’t explicitly state—and what the commission would not confirm when asked by Quartz, due to a policy of not commenting on an open investigation—is whether the inquiry is about The Wing’s no-men-allowed policy, or some other aspect of their membership criteria. The Wing, for its part, disputes an investigation is happening at all, and told Quartz the two parties have merely “mutually agreed to have a conversation.”

Regardless of whether the NYCCHR’s investigation is about gender, there is a less discussed narrative sitting below the surface—one that has scarcely been mentioned in the many words written about The Wing and its feminist bona fides.

While The Wing can tout diversity in many forms, gaining admittance to the club requires a degree of privilege—one that could preclude some socioeconomic minorities. Indeed, the club’s policies, expensive fees, and membership criteria potentially deny the vast majority of women who most need the safe space it provides. While Jezebel’s reporting points out that there is a “deep well of case law to support its right to exclude men from membership privileges,” the dynamics of social privilege are harder to parse.

Despite the fact that The Wing holds feminist inclusivity as a core tenet of its values—not to mention its sophisticated content strategy—there are ways in which it’s not all that different from the private gentlemen’s clubs of yore. The Wing may be a space that caters to a racially diverse, feminist group of people who identify as women, but it also provides networking opportunities and de-facto career advancement to members of society who are already inherently privileged. In this way, it’s not unlike other elite, members-only clubs—it just appears more woke.

In response to the investigation, an impassioned echelon of women have stepped up to defend the safe space that The Wing provides. After the news of the commission’s active probe broke, the club’s members launched a defiant counter-argument online, spawning the hashtag #IStandWithTheWing. Many took to Twitter and tagged the NYCCHR and New York City mayor Bill de Blasio directly, noting how the private members’ space was a necessary antidote to the #MeToo era. (The Wing’s co-founder and CEO Audrey Gelman told Quartz that they have “been assured that the de Blasio Administration fully supports the mission of The Wing and will work with us to see it prosper.”)….continue reading….

OKEY dokey.  Indeed, while most women revel in “girl time” (including, this one) with new and old friends, how exactly would the presence of males encroach on said connectivity, that is, unless invited into the conversations? Moreover, are women so fragile that they wilt under a man’s (possible) stare and become speechless? Nonsense. Ridiculous. Outrageous. Hogwash. On the other hand, the fact remains that radical feminists are running “The Wing-Show”, as well as the movement in general – all the #MeToo bandwagoners beside the point.

CONSIDER: recently, the club tweeted, “All hail @ Hillary Clinton!!!!” Speaks, and tweets, for itself. Co-founder Audrey Gelman had no qualms, much less, fear, about proclaiming to the New York Times, “We’re a coven, not a sorority.” Exactly. And so on and so forth….

BY the bye, just in case anyone (male or female) is wondering, “The Wing” is rife with brass balls, mind you, even as they claim to be feminists! How so? Well, they proudly accept millions in venture capital from….you guessed it….men! But even as they high-five Tony Florence, a general partner at NEA, for his funding prowess, their misandry rears its ugly head thusly, “Men have been strictly prohibited from the premises. Investors like NEA general partner Tony Florence and male reporters who have written about the company haven’t been allowed to enter during business hours. This has sparked a fair amount of controversy in recent months.” Whoa! Ingrates. Yes, males can hand them over mega bucks, but still be denied access. What’s that about? Rhetorical. Meanwhile, those who fix their plumbing and electricity have no option, but to enter their sacred and hallowed ground. Hmm. Good to know that men are “valued” for some things, at least, according to wing-nuts.

ALAS, despite their vociferous claims that they are following in the footsteps of pioneering torchbearers and trailblazers, for the record, as per this “sister’s” megaphone: they are liars and revisionists – and that’s for starters. For when one reaches back into history, practical and conscience-driven feminists of yesteryear – circa the 19th-century women’s clubs’ – emerge. Indubitably, they are spinning in their graves.

MOST notable was Jane Croly; a real feminist and a pioneer in women’s clubs. While she clearly tilted to the left – after all, she was the mother to progressivism’s founding father, Herbert Croly – her bonafides should have ensured that Sorosis, the private women’s club she founded in 1868, was  radically bent. Far from it.

IN reality, while holding steadfast to her progressive vision, she (and others in her generational milieu) understood that some issues take precedence over radicalism, that is, public service.

TO wit, to internalize how far off course the femi-nazis have gone, is to encapsulate Sorosis’s mission statement – as to what feminism really meant to the movement’s courageous pioneers. As such, “Croly became very involved in improving working conditions for women, supporting professional female journalists, and advising and assisting educated girls looking for employment. Through her dedication to women’s clubs, she committed to helping other women obtain the education that the society of men had failed to support….”

IN juxtaposition, today’s radical feminists raise up and hail the likes of Linda Sarsour; a Sharia Law advocate and Muslim Brotherhood activist who adheres to Koranic dictates that demean, devalue, and endanger women, to a degree which, in a rational universe, should not only be an anathema to liberal-based women, but decried as the poster woman for feminism! Read: FGM, “honor-killings“, and an ongoing list of barbaric crimes against women.

MOST obscenely, the fact that Sarsour, “patron saint” Hillary, and other femi-nazis adorn the wallpaper at The Wing’s NYC “women-only caves” (three, at last count….likely, at the one in D.C. too, never mind their plans to expand with outposts throughout the nation and overseas alike), only serves to attest to where their forward march is heading. Ask yourselves: in what way are The Wing’s founders and their fellow travelers (and, don’t underestimate the profound effect their messaging has on the up-and-coming younger membership) any different from segregationists at large? Gender apartheid, anyone?

BY extrapolation, isn’t there a clear, convincing and compelling case per the following charges: aside from the absolute violation of America’s antidiscrimination laws (based upon several factors, including sex), how long can The Wing (pretend to) stand on solid legal or moral ground before its wings are firmly clipped – no pun intended?

NOT only that, isn’t it more than rational to assert: the deceitful dissembling – let alone the hypocrisy – of today’s femi-nazis know no bounds. For years, they shrilly protested against “all-male” clubs, screaming, like banshees: they want in – or else! Naturally, citing, of all things: discrimination!

SO, is it now the “norm” – in today’s hyper-radicalized American landscape – “what is good for the goose but not the gander” is acceptable, just as long as femi-nazis are in control? Concomitantly, is the following seen as “the truth” too: 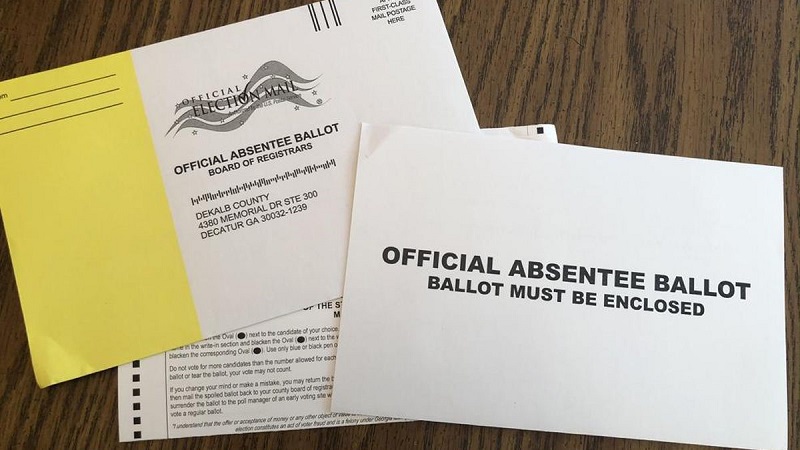 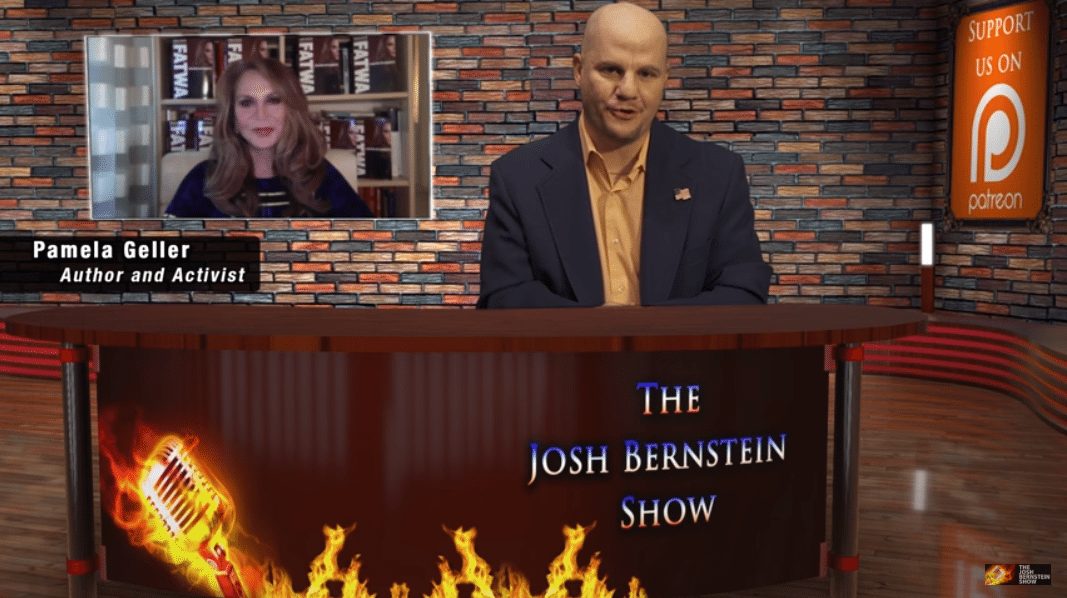