It was nice to see reasonable discourse about race on television. It’s just too bad that it didn’t come from one of the co-hosts of the show.

On Wednesday, Condoleezza Rice, former Secretary of State and director of the Hoover Institute at Stanford University appeared on the heavily left-leaning talk show.

One of the things discussed was the gubernatorial race in Virginia that has heated up recently and centered around parental involvement in education in a variety of ways — sex ed, mask mandates, and Critical Race Theory in K-12 schools.

Condi, as an academic and a black woman who grew up in the segregated South, gave her thoughts on CRT in classrooms.

Whoopi introduces the topic saying, “One of the key issues up for debate is how much of a voice parents should have in their child’s school curriculum especially when it comes to subjects like sex education and critical race theory. I thought they didn’t teach Critical Race Theory until they went to like law school or something?”

Sunny Hostin then chimes in, “That’s right” as though she has an inkling of understanding. At all. About anything.

Whoopi continued, “The question is, do parents need more influence here or should they leave the lesson-planning to the pros?”

Joy Behar, who used to be a high school English teacher, said that “experts” have determined what the curriculum should be and teachers are “trained” to teach that to students and you “can’t really pit that up against” what parents think should be taught or how it’s taught.

Ah, yes, the usual leftist canard that the “experts” always know best. No, actually, they don’t.

I could take the time to explain it, but here’s a video that was trending on Twitter on Wednesday night of one of the “experts” in a high school math class.

Copied:
Yesterday a Native American student filmed this video in his Math class. After several minutes of the teacher “war hooping & tomahawk chopping” the student began filming because he, “felt that violence was being committed against him and he had the right to record.” pic.twitter.com/4zvFS6JfPw

Now, you look at that and you might wonder what kind of drugs she’s on, but it should be noted that she was teaching trigonometry. Sohcahtoa is a mnemonic device to help remember how sine, cosine, and tangent work.

Her intentions were probably good, and it certainly was memorable, but it’s still cringe-inducing and just plain uncomfortable for anyone to sit through, especially for the Native American student who filmed it.

Does Joy Behar think that the parents of that student shouldn’t address this with the teacher? Why should they? The teacher was an “expert” and in Behar’s little mind, the “experts” should not be questioned.

Back to Condi’s appearance on “The View”…

Behar continued that if parents “interfere” with the curriculum, “it’s not going to wash” adding, “they’re going to have to homeschool.”

She then said that she wanted to discuss the issue of Critical Race Theory in education. Condi tried to explain it in words that even they (theoretically) could understand.

In a simple, elegant way, Condi explained that CRT is reintroducing the same ideas that she lived through as a black child under Jim Crow laws in the South — only it’s targeting white kids.

RICE: But If I can take a moment to talk about the whole issue of critical race theory and what is and is not being taught. I come out of an academic institution and this is something that academics debate what is the role of race and so forth… Let me be very clear, I grew up in segregated Birmingham, Alabama, I couldn’t go to a movie theatre or to a restaurant with my parents. I went to segregated schools until we moved to Denver. My parents never thought I was going to grow up in a world without prejudice. But they also told me that’s somebody else’s problem, not yours. You’re going to overcome it and you are going to be whatever you want to be. And that’s the message that I think we ought to be sending to kids. One of the worries that I have, about the way we’re talking about race is that it either seems so big that somehow white people now have to feel guilty for everything that happened in the past. I don’t think that’s very productive. Or black people have to feel disempowered by race. I would like black kids to be completely empowered, to know they are beautiful in their blackness but in order to do that I don’t have to make white kids feel bad for being white. So somehow this is a conversation that has gone in the Wrong direction.

.@CondoleezzaRice says no to the racist critical race theory! pic.twitter.com/c5zNqKddYj

Despite how clearly Condi Rice explained the problem with CRT… the harpies at “The View” continue to have no clue what is happening when schools introduce Critical Race Theory into the classroom.

Joy Behar and her slightly darker and slightly denser Mini-Me, Sunny Hostin, seem completely baffled that white kids are being denigrated with CRT. “How does that happen?” they ask.

Shockingly, one of the newer co-hosts, Sara Haines, backs up Condi by citing examples of how CRT teaching is introducing race-based segregation, ranking children on their “power and privilege”, ditching accelerated math in the name of “equity”, and teaching kids about how to “dismantle structures based in white supremacy.”

Whoopi then says that “history is going to be taught” and then falsely asserts that opponents of CRT in K-12 as wanting to “hide” history. It’s a completely disingenuous smear.

But then, airhead Hostin jumps in and says that slavery is being removed from textbooks. WHAT?!

“I think that’s been the issue. There’s sort of been this rollback of history, people want to hide history,” claimed the ignorant conspiracy theorist Hostin.

The only person more useless as a political commentator than Joy Behar is Sunny Hostin. You could replace her with an app that just spits out Democrat talking points and at least you’d get the same ideas without the hostility, vitriol, elitism, stupidity, and shrewish condescension. (As you can see, I’m not a fan.)

Fortunately, Rice has much more decorum than I do and pushed back politely on Hostin’s assertions dismissing the smear against parents, “Oh I don’t think — come now, come now!”

As the segment ended, Condi got one last soundbite in and it’s *chef’s kiss* perfection:

“People are being taught the true history but I just have to say one more thing, it goes back to how we teach the history. We teach the good and we teach the bad of history. What we don’t do is make 7-year-old and 10-year-olds feel they are somehow bad people because of the color of their skin,” said Rice. Her final words hung in the air, “We’ve been through that and we don’t need to do that again.” 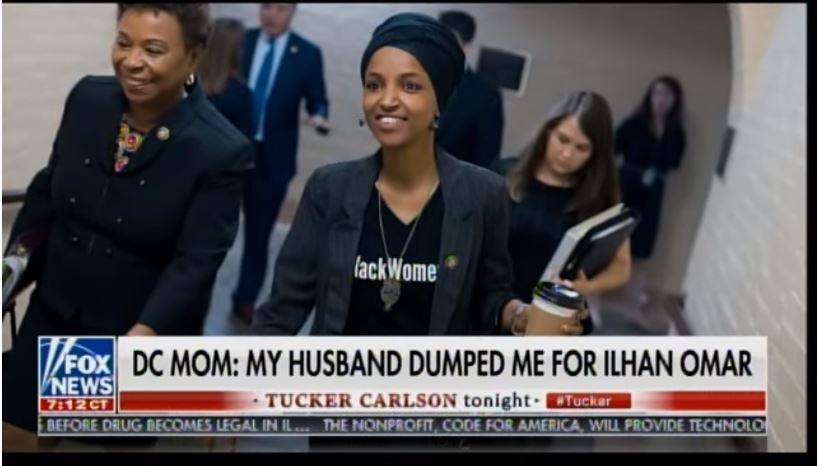 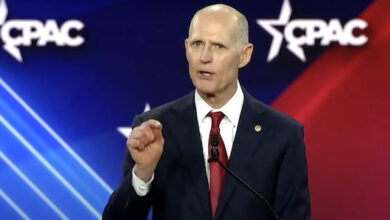