The new Taliban terrorist government is set to be sworn in on September 11th, the 20th anniversary of the 9-11- attacks. “Russia, China, Qatar, Turkey, Pakistan and Iran  have so far been invited to the ceremony” according to a Taliban spokesperson. Fittingly enough, some of those set to be sworn in are either on the terror watch list, the FBI most wanted, or under US sanctions. They have stacked their all male government with hardliners of the ”old guard,” which gives every indication that they plan to do what they’ve always done: harbor and encourage terrorists. And the symbolism of their swearing in is not lost on those of us who know about the 9-11 attacks. 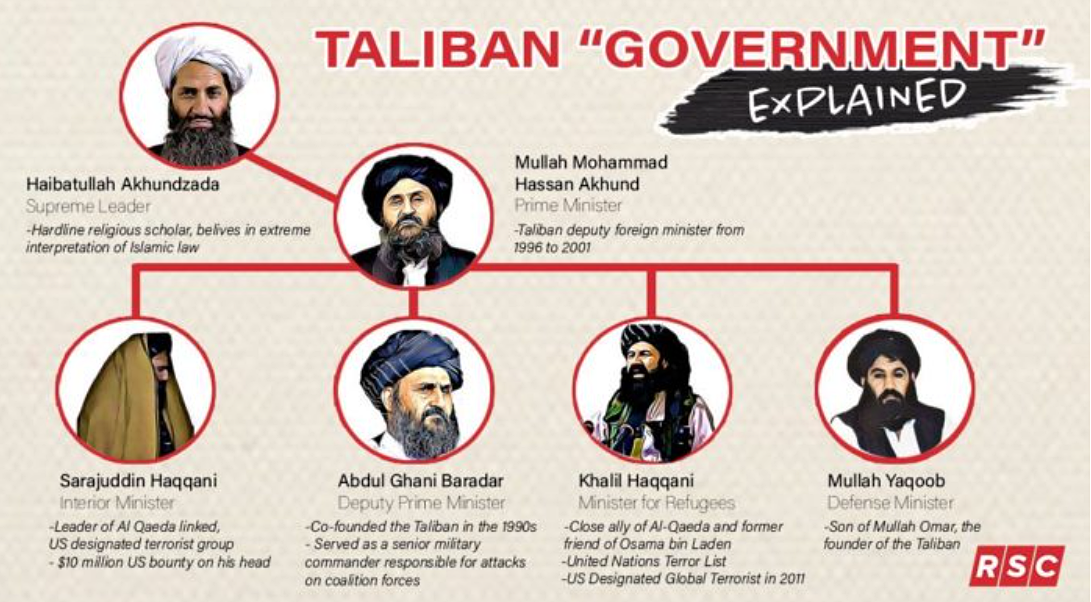 We’re written before about the Haqqani network, a terrorist organization known for its vicious bombings in Afghanistan. Sarajuddin Haqqani is on the FBI most wanted list with a $5M bounty on his head. Now he’s the Taliban’s new Interior Minister. He is said to still be holding at least one American hostage. (AP) 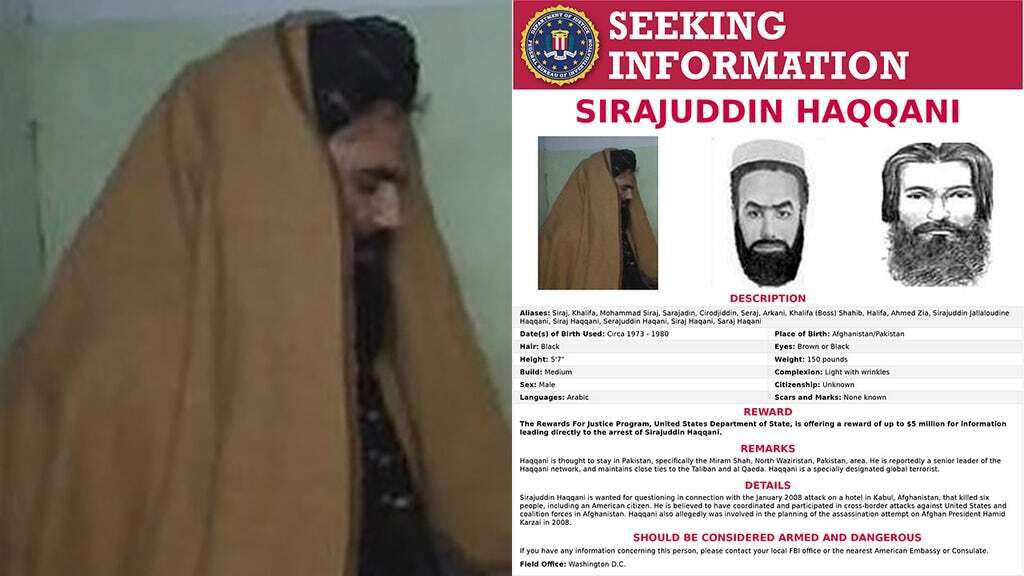 ”He’s armed, dangerous, and running a country we just abandoned. Americans are still trapped behind Taliban lines, the Biden Administration is still refusing to disclose how many of our people they left behind, and the State Department keeps talking about how they really hope the Taliban ‘will live up to their commitments.’ Pathetic.”

The members of the Taliban government are reportedly all Pashtun, which gives the impression that they have no desire to be “diverse” with other ethnic groups in spite of their promises to add women and ethnic minorities. It is more likely that the executions, rapes, and other previous behaviors will continue.

Adding to the travesty – four of the previous Gitmo residents, Taliban members who were swapped for Bowe Bergdahl in 2014 are now also part of the Taliban government. ‘‘Acting Director of Intelligence Abdul Haq Wasiq, Acting Minister of Borders and Tribal Affairs Norullah Noori, Deputy Defense Minister Mohammad Fazl, and Acting Minister of Information and Culture Khairullah Khairkhah,” according to the New York Post. The fifth person swapped, Mohammad Nabi Omari, was appointed as the Governor of Eastern Khost province in August.

All Arab News noted other appointments:

So we have a fully terrorist government that is likely to create hell for the people of Afghanistan… even the world.

Report: Belgian intelligence was warned of Brussels attack in advance