Seven City of Milwaukee voting wards reported more 2020 U.S. Presidential election votes than they had registered voters, according to an analysis of results and Secretary of State files.

Five of them are in the city’s eleventh aldermanic ward, on the city’s far Southwest Side.

Here’s a screenshot posted by the outlet: 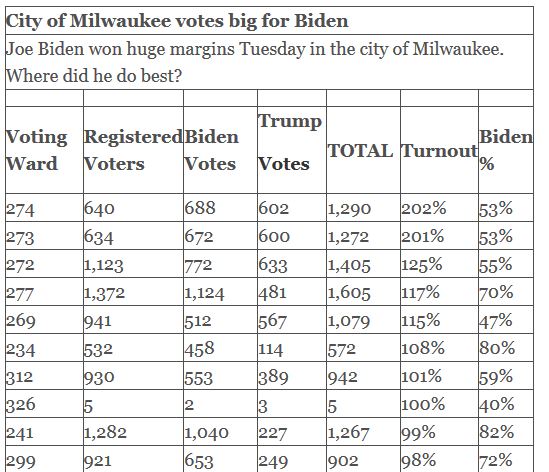 “Wisconsin is one of 21 states that allow same-day voter registration at the polls,” the City Wire said.  The city recorded a turnout of 84 percent.  In 2016, the turnout was 75 percent.