On the heels of the Fox news Channel (FNC) bouncing one of their more popular news personalities, the same starter that’s been sent to the showers by management is making her own comeback. And as Lennon and McCartney might say, Andrea Tantaros is getting by with a little help from her friends.

With the news initially breaking less than two weeks past that the openly hard right-leaning political analyst was sent packing by FNC, reportedly due to a contractual dispute, Tantaros is now back in media. In the May 9, 2016 on-line edition of the right of center The Daily Caller, the woman who grew up waiting tables at the family-owned Allentown, PA restaurant is now on the payroll, at least in the Editorial Department.

Penning an op/ed piece titled Trump Plays The Man Card, Tantaros puts her own twist on the oft-repeated charge that Hillary Clinton plays “the woman card” at every turn. Noting that Trump’s ability to “galvanize” disaffected, frustrated, and more often than not, angry blue collar males, Tantaros more than turns the tables on the Clinton talking points.

As Tantaros opined in her article, working class men “were traditionally Democratic voters,” and now that many are jumping ship for trump has the Hillary Campaign “very, very worried.” Citing an NPR interview of Barack Obama just prior to Christmas of 2015, Tantaros noted the Chief Executive’s bemoaning the working class losing faith in both his economic policies and the direction of the American economy under his watch.

What may separate Tantaros’ editorial from the mainstream media’s op/eds was her observation, “If Dems were concerned about Trump as far back as December, it’s now morphed into full blown panic.” And with the typical Tantaros bluntness missed by more than a few, it’s not really all that surprising that an on-line petition hit the internet on May 8, 2016.

Titled simply Bring Back Andrea Tantaros, the two-day-old petition has an equally laconic message for the powers to be at FNC; “I don’t know why Andrea Tantaros isn’t on Fox News any longer, but Fox is making a mistake by letting her go. Bring Andrea back!!”

As of press time, the petition sought a mere 1,000 signatures, but has garnered 2,857 so far. As it turns out, the signatories aren’t exactly shy of voicing their opinions. Not far behind the total number of signatures, 1,987 individual comments of support for Tantaros have also been posted.

The Quiet Coup Of The Courts Now A Constitutional Crisis 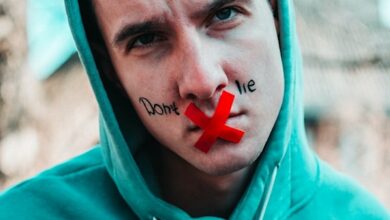