Saturday was the start of the Million MAGA march in DC. Other marches, around 50 of them and smaller in scale, occurred in various states.  Antifa and Black Lives Matter were both nearby to “counter protest” (violently). Some Trump supporters were attacked, but the Trump marchers were peaceful, which is more than we can say about the “counter protesters.” President Trump drove by during the March to the delight of the participants.

One incident during the Million MAGA march occurred as  a mixed race couple was accosted by Black Lives Matter, and terrorized the woman’s children. In the following video you can see the fight that ensued.

It appears that a mixed race couple and their children were walking through Black Lives Matter on their way home from the day’s Million MAGA March. The man, who is white, and one of the couple’s daughters were walking ahead of the mother, who is black, and had a son in the stroller and a daughter walking with her who was covering her ears from the screams and bullhorn noises aimed at the family.

The mother had a bullhorn of her own and was using it to chastise the Black Lives Matter mob for harassing her children. One BLM protester walked up from behind, got in the mother’s face and swiped at her bullhorn. The man, holding a Don’t Tread on Me flag on a pole, intervened to get the woman away from his partner as the family kept trying to move away from the mob.

The woman came charging at the man, screaming as she did so and waving her arms. The man used the flag pole to giver her a gentle nudge in the belly to ward her off, but she kept charging. The man then used pole again to more forcefully push her back. The woman and a man with her then charged the man. This time he defensively whacked the charging man on the head and body with the flag pole as he tried to retreat with his daughter hiding behind him. The man and his daughter tumbled down in the street and hit a barrier for a wheel chair ramp. That’s when police intervened.

Note: It appeared that police took away one man’s flag pole because he poked the BLM attacker with it. In another video, the family walked away from the protesters with a police officer carrying the Gadsden flag. Their children were terrified.

Fight breaks out on BLM Plaza between a family supporting Trump and pro-BLM supporters moments ago. DC police trying to calm the situation and separate groups. Sad scene , children are crying and very scared. pic.twitter.com/tWHta2iZFq

"Why did you bring your kid here" BLM supporter shouts to family after fight broke out on BLM Plaza pic.twitter.com/Dt3buLRn56

One male Trump MAGA March supporter was cut on his head by counter protesters.

“Reuters reporter Jonathan Landay said that the male was cut in his head by counter-protesters.

“Counter protesters attacked a Trump supporter outside Union Station, cutting his head. Paramedics treated him and he’s back on his feet,” Landay wrote in a Twitter post.

It’s unclear who the suspected attacker is and which group they belong to.

It’s reported that Black Lives Matter and Antifa protesters are also marching in the District of Columbia.

There are several isolated attacks against Trump supporters reported and tension arose between “Million MAGA March” participants and the counter-protesters.”

An elderly couple was accosted for carrying a Trump flag. This should not happen in America. Marxist alert: opposing opinions are not allowed under Communism.

Washington DC: an elderly couple is accosted for having a trump flag. pic.twitter.com/4dy9U5Ww5r

One man was violently sucker punched and stomped as he was walking away from the crowds after being surrounded by BLM people who surrounded and attacked him. Yes, he fought back. The armed men that hit him were reportedly arrested for assault and illegal weapons. Several of his friends surrounded him and a woman with a Marine hoodie helped protect him as he was bleeding from the head. Police finally did show up as he had to sit down on the curb,  and the perpetrators were arrested.

Washington DC: 16:07 this violent altercation occurred between multiple individuals at Connecticut and I st. pic.twitter.com/ygxhzaF2tG

The longer video is like 4 straight minutes of 30 people surrounding that 60-year-old and trying to sneak in from behind for a sucker punch.

Another man was assaulted during the march:

Warning – graphic video
One of the Trump supporters was just assaulted by a man in black bloc at a counter-protest march. DC Police immediately came in #DCProtests #MarchForTrump #MillionMAGAMarch pic.twitter.com/Ra1L8ykpsT

BLM-antifa assault older man trying to leave the area after the #MillionMAGAMarch. pic.twitter.com/S26myo9bgk

Real journalism is dangerous. Kudos to all these independent journalists who covered the MAGA March on Saturday. @FromKalen was spat on and nearly tased by a so-called “protester” as he followed the marchers. 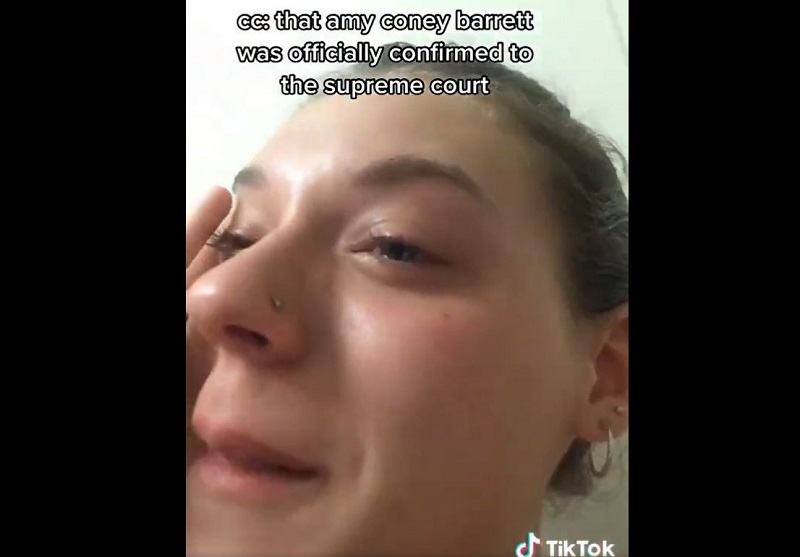 Unhinged: Blubbering Liberal Chick Loses Her Mind When She Hears Justice ACB Is Sworn In (Video) 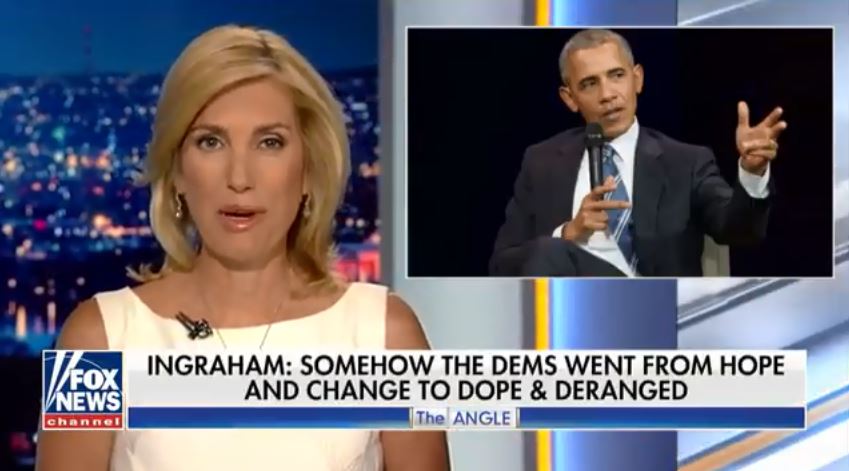