IF anything, regular readers (from across the globe) know that they can depend upon this site to tell the unvarnished truth, come what may. Yes, it is this “take no prisoners” stand which has won accolades from other pundits across the conservative (and patriotic) side of the spectrum, as well as gained the trust of others who “operate in the shadows.” At the same time, this truth-telling has placed a bull’s-eye (literally) on this face, to the degree that Islamists, in tandem with fascist-leftist helpmates, co-opted my pic from Facebook – circulating it across the internet, for starters – to intimidate this voice into silence. How’s that working out??

BE that as it may, by extrapolation, it can no longer be denied: while their insidious thrust toward the kiddies is reaching maximum peak, it is also the case that so-called conservative leaders (elected and non-elected) have been beyond negligent – and to the nth degree. An everlasting shame.

IN this respect, what other outcome should have been expected when, over the years, nary a single conservative politician, think tank, or respected community/cultural leader dived in to create a counterweight as heavy-duty push-back and attendant blockage? Not only that, where was their hue and cry (again, over many decades) re the co-option of the nation’s public schools of (mis)education; a system which, as of late, can’t even tolerate the fact that some students excel, while others lag behind. Thus, the dumbing-down for “diversity” sake – as a handful of specialized, high-achieving schools are in the midst of deconstruction to mirror a socialist paradigm! Unbearably, New York City’s chief commissar, Marxist Mayor Bill de Blasio, has his hammer/sickle-like sights aimed at the acclaimed Stuyvesant High School, and its sister schools in the top academic tier! Now, why would he (and fellow City Hall, etc. Marxists) do that??

…..And as this investigative journalist already proved at Joe For America (within the linked expose’), the following must serve as part of an overwhelming and overarching indictment – more than enough to nail de Blasio’s head to the wall. Yes, his alliance with the most retrograde forces threatening America – ala co-joining between Islamists and Marxists – is a done deal…..

But we are not done. Before Comrade De Blasio’s most egregious, anti-meritorious thrust against the kiddies is laid out, let’s be very clear: its underpinnings are hidden beneath the “mother of all lies”, that is, that poor, disadvantaged students can’t compete with so-called privileged students for spots at top-tier schools in NYC or elsewhere! Nonsense. Hogwash. But never mind the real facts at hand:

For all of his smug moralizing, Mayor Bill de Blasio’s plan to diversify the city’s eight elite high schools would violate the commandment to care for the least of his brothers and sisters.

That is, he’d give more seats to low-income black and Hispanic students — at the expense of the low-income Asian-American kids who now predominate at the schools.

As Stuyvesant alumni association chief Soo Kim rightly put it: “We don’t believe that the solution is taking from one needy community and giving to another needy community.”

Exactly: These Asian students aren’t the children of wealth, connection and means; by and large, they’re from poor, immigrant families.

The city’s own poverty report says Asians are the poorest demographic group, with 24.1 percent living at or below poverty — vs. 19.5 percent citywide. The poverty rate in Sunset Park, one Asian neighborhood, is 29.1 percent; in another, Flushing, it’s 25.2 percent.

And the elite high schools are hardly bastions of privilege:

Wilson: The Declaration Of Independence Is Irrelevant

In 1923, Wilson delivered a speech outlining progressivism. He denounced the Declaration of Independence as irrelevant to modern Americans unless it can be translated and expanded to fit the problems facing twentieth-century Americans.

The Declaration of Independence did not mention the questions of our day. It is of no consequence to us unless we can translate its general terms into examples of the present day and substitute them in some vital way for the examples it itself gives, so concrete, so intimately involved in the circumstances of the day in which it was conceived and written. It is an eminently practical document, meant for the use of practical men; not a thesis for philosophers, but a whip for 20 tyrants; not a theory of government, but a program of action. Unless we can translate it into the questions of our own day, we are not worthy of it, we are not the sons of the sires who acted in response to its challenge.

Wilson went on to say that modern European thinkers had declared that men were defined not by their individuality, but by their society. And one’s rights come from government, not from God — a rejection of natural law. Wilson encouraged Americans to adopt this European understanding of rights and man’s role in society.

SO now that the historical record is revealed “from there to here”, let’s connect the (educational) dots to the “here and now.”

The following are key excerpts, warnings:

Of course, capturing the hearts and minds of the kiddies is mandatory, bar none. Inextricably, their indoctrination is hardly given the national attention it deserves, if at all.

So consider the following as foretastes; lead-ins to recently encapsulated updates.

ONTO the aforementioned updates of the kiddie horror show…..

These horror stories are not exceptions to the rule. As our important new pamphlet (co-authored by Sara Dogan and Peter Collier), Leftist Indoctrination In Our K-12 Public Schools, shows, they are happening every day in schools all across our country. You can access this work which provides crucial documentation of the indoctrination crisis in our schools here or read the full text below…..continue the horror show here….

NOW that that is settled, how shocking is it that potty-mouthed David Hogg – the Soros–funded, mega-backed, goose-stepping teen for the fascist-left – is shilling for the evisceration of the Second Amendment; a main pillar of the Constitution, as designed by the Founding Fathers? Patriots, know this: your tax dollars are being spent to fund said anti-American “activist” deconstruction – and from deep within the bowels of public schools across the nation! Full circle.

EVEN so, make no mistake: their entrenchment would have taken much longer without the hyper-muscle and financial efforts of their compadres, Mohammedans. Proofs abound, per this charge. As such, start your journey through Qatar, yes, that hub of Islamic Jihad – a subject specialty within these pages!

MARCH by march, goosestep by goosestep, and creep by creep, the socialist commissars within America (from the tippy top of Washington, to the Dept. of Education, to the doorsteps of City Halls and Governorship’s), ever so stealthfully, captured the hearts and minds of the kiddies.

ALAS, where were all the so-called conservative and patriotic leaders – vis-à-vis the most precious asset that the nation has, that is, the kiddies, the future of America? Hide nor hair.

MIND you, as fascist-leftists grabbed them by the throats from kindergarten and onward, the above is merely a smidgen of the wreckage and blow-back from the deafening silence of conservative power brokers, elected and non-elected.

FIRST THEY CAME FOR THE KIDDIES……

SHIVER THE FUTURE OF AMERICA TIMBERS! 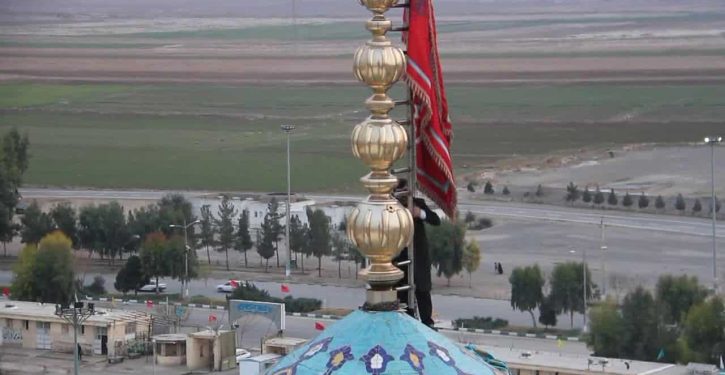 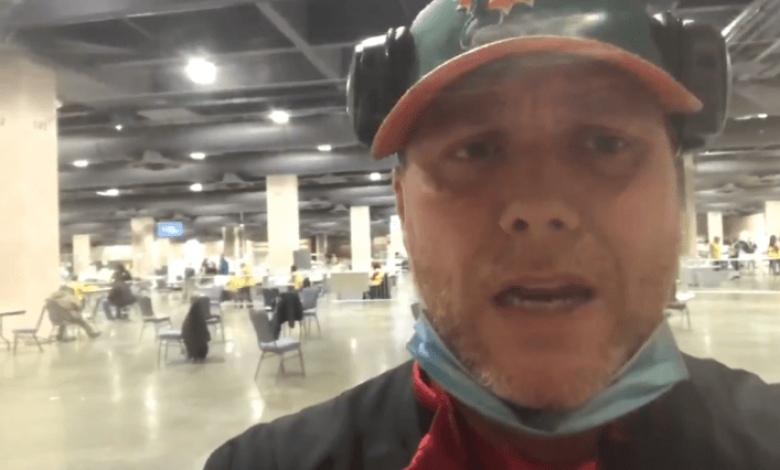 Philadelphia Registered Democrat Observer: “This Is Coup Against The President Of The United States Of America” (Video)