When President Reagan thought our most dangerous threat was the USSR, you could see that reflected in our budgetary spending. So what does Democrat spending tell us?

We’ve already seen they don’t take crime that seriously (even the Veep helped raise bail money for violent criminals in 2020), unless those crimes can be connected to their political rivals.

We’ve seen that they don’t mind throwing their weight around, or turning their backs on enforcing laws that are clearly on the books — Biden’s Broken Border is one example, and the felonious protests disturbing the private residences of sitting members of SCOTUS is another. Whistleblowers have been popping up all over about how the DOJ gives Democrats a pass, but Republicans get the book thrown at them… and let’s not even get started about mountains of evidence implicating Hunter Biden, his uncle, and yes, even his father.

Fentanyl deaths have surged to become the single greatest cause of deaths for the 18-45 age group (more than Covid, suicide or car crashes) — but Biden is only interested in deaths caused by gun crime. It’s not even all gun crime, just the kind he finds politically useful for his campaign of curtailing the 2nd Amendment.

On and on it goes. None of these things are Biden’s priorities. What IS Biden genuinely interested in? Ted Cruz highlights it in his Maria Bartiromo appearance. The whole 8 minutes is worth watching for what it will tell us about what’s been going on with the bill, and what it will do for ordinary taxpayers.

We’ll post the whole interview here, but below that, we’ll show the ‘money quote’ we think our readers should pay particular attention to. Because it seems to show us who Democrats think their real enemy is.

Judging by the following quote, the Democrats’ real enemy here is … you. The ordinary taxpayer.

Democrats are making the IRS bigger than the Pentagon, the Department of State, the FBI, and the Border Patrol COMBINED!

Those IRS agents will come after you, not billionaires and big corporations! pic.twitter.com/HYq5cIjXay

This bill creates 87,000 new IRS agents. They won’t be auditing Nike or Disney. They’ll be auditing people like you. This is the same IRS that apologized for deliberately sidelining Obama’s opponents, namely Tea Party or other Patriot-themed groups that tried to register during Obama’s second election cycle. We’ll never know what impact that explicit election interference could have had on the outcome.

And Senator Cruz gives vital context, for what this addition to this IRS that has been politically weaponized in the past really means in terms of scale.

It DOUBLES the size of the IRS.

‘The Democrats are making the IRS bigger than the Pentagon, plus the Department of State, plus the FBI, plus the border patrol combined… the IRS is going to be bigger.

In the Vote-a-rama, Cruz added an amendment to NOT create 87,000 IRS agents … EVERY Democrat voted no. They did the same to an amendment that would have prohibited the Biden administration from selling oil from our strategic reserve to China.

The RNC underscores exactly who it is that this massive expansion of the IRS will hurt most:

So much for that promise not to raise taxes on people with less than $400k.

They are cranking up the cost of living pretty much everywhere they can. As for this legislation helping to ‘reduce inflation’ — they are raising gas taxes. That, in turn, will raise input for production and transportation. What do you suppose that SINGLE change will have on inflationary pressures?

Biden has been making good on that ‘tough guy’ act, just not against any of our dangerous foreign rivals.

Instead of swinging a big stick against our adversaries, he’s bringing it to bear against his own citizens… just ask the veterans who have been given a pink slip because they won’t get a jab whose risk-reward ratio is looking worse almost every day. 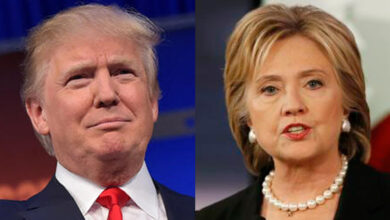