Former Federal Prosecutor Sidney Powell filed lawsuits in Georgia and Michigan, alleging massive election fraud, and seeking to overturn the election results with 30 allegations. The lawsuits were filed late on November 25. The leftist news media has run amok in attempts to discredit her and her lawsuits, calling her a “conspiracy  theorist” and attempted to discredit the presser she held with Attorney Rudy Guiliani and Attorney Jenna Ellis. As Guiliani stated after the hysteria over the presser and his “disavowing” her connections to the Trump administration, the Trump attorneys were pursuing ‘different avenues’ than Sidney Powell.

The lawsuit alleges both traditional “ballot-stuffing,” as well as issues with the Dominion Voting Systems and software. Numerous affidavits from witnesses and experts were included in the filing. The lawsuit states that the Dominion system was connected to the internet in violation of state and federal law, and that the machines had evidence of outside hacking or tampering. It also alleged that the machines themselves were created for vote manipulation.

One of the affiants, Hari Hursti, a Finnish computer programmer and election security expert, stated in the lawsuit,

“There is evidence of remote access and remote troubleshooting, which presents a grave security implication.”

There are 30 distinct allegations from the plaintiffs in the Georgia case. The Epoch Times reported them and you can read the entire list at the link. The lawsuit seeks immediate and permanent injunctive relief. Here are just a few them:

There are two more lawsuits pending in Michigan (NTD), and even though they certified their results, Attorney Jenna Ellis said that was just a “procedural step.” A federal judge court dismissed the Trump administration’s attempt to stop Georgia from certifying their results (National Review). Guiliani welcomed the move, saying it meant that they could move the case to the Supreme Court quickly.

Yes, America it appears there was election fraud, from ‘pristine,’ possibly counterfeit ballots to machines that allegedly sent results overseas. 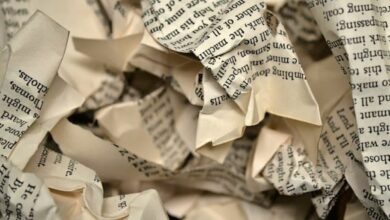