All of a sudden, inflation is one of the hottest political issues in America.  Most people seem surprised that inflation has gotten so wildly out of control, but the truth is that this should not be a surprise to any of us.  We have been warned for years that this was coming.  Whenever our corrupt politicians in Washington authorized trillions more in spending that we couldn’t afford, we were warned that this would eventually cause extremely painful inflation.  But it didn’t happen immediately, and so most Americans didn’t take the warnings seriously.  And as the “experts” at the Federal Reserve kept pumping trillions of fresh dollars into our financial system, we were warned that there would eventually be severe consequences.  But those consequences did not arrive immediately, and so most Americans didn’t take the warnings seriously.  But now a day of reckoning has arrived, and conditions are only going to get worse from this point forward.

On Friday, the Labor Department informed us that the inflation rate is rising at the fastest pace that we have seen since 1982…

Inflation accelerated at its fastest pace since 1982 in November, the Labor Department said Friday, putting pressure on the economic recovery and raising the stakes for the Federal Reserve.

The consumer price index, which measures the cost of a wide-ranging basket of goods and services, rose 0.8% for the month, good for a 6.8% pace on a year over year basis and the fastest rate since June 1982.

Things sure have changed since 1982.

And the way that the inflation rate has been calculated has changed dramatically since then as well.  In fact, the way it is calculated has literally been changed more than two dozen times since 1980, and every time the goal was to make it look even lower.

As John Williams of shadowstats.com has pointed out, if the annual rate of inflation was still calculated the way it was back in 1980, it would be about 15 percent right now.

But the formula was certainly not perfect back then either.

During one of his recent shows, Tucker Carlson explained that the official rate of inflation has become completely divorced from the extremely aggressive price increases that U.S. consumers are wrestling with on a daily basis…

In fact, there’s only one accurate way to measure inflation, and somehow the Fed has not yet figured this out. Here it is: You ask yourself, what does it cost you to live in this country compared to what it cost you a year ago? It’s not complicated. Do the math, and you will see that the actual number, the rise in inflation is not even close to the seven percent that Washington is claiming.

Tucker Carlson is such a gifted communicator, and he hit this one out of the ballpark.

Later on in that same segment, he played clips from various reporters talking about painful price increases that we are seeing all around the nation…

REPORTER: Americans are seeing the effects of inflation in their budgets. General Mills even announced they’re raising the prices of their cereals by up to 20%.

REPORTER: The grand total for our Thanksgiving dinner was $51.25. More than 20% over last year’s list

REPORTER: The Dollar Tree is hiking prices from $1 to $1.25 for most items.

REPORTER: If you’re lucky enough to find ammo, you’ll pay more for it

If you have been waiting for “the coming inflation crisis”, you can stop waiting because it is already here.

Yes, wages have been going up too, but not nearly as fast as the cost of living.

Needless to say, this is putting a tremendous amount of stress on average Americans…

Over the past 12 months, the costs paid by a typical American family have surged by roughly $4,000, according to calculations by Jason Furman, a Harvard economist and former Obama White House aide.

Though Americans’ overall income has also increased since the pandemic, a new poll found that far more people are noticing higher inflation than higher wages. Two-thirds say their household costs have risen since the pandemic, compared with only about a quarter who say their incomes have increased, according to the poll by The Associated Press-NORC Center for Public Affairs Research.

If you are angry about inflation, you are definitely not alone.

All over America, people are deeply frustrated with our leaders for creating so much inflation, and Americans now have a new “number one concern” for the very first time since the pandemic started…

A CNBC All-America Economic survey released on Friday found that inflation has “firmly eclipsed” coronavirus as the No. 1 concern.

Nearly half of Americans say that inflation has caused them “financial hardship,” according to a Gallup poll released earlier this month.

So what are our politicians in Washington planning to do to get us out of this mess?

And every time a new crisis suddenly erupts, their “solution” is going to be to spend even more money.

So this is it.

The endgame has arrived, and a whole lot more inflation is on the horizon.

If the American people wanted to avoid this mess, they should have listened to the warnings a long time ago when we still had an opportunity to turn the ship in another direction. 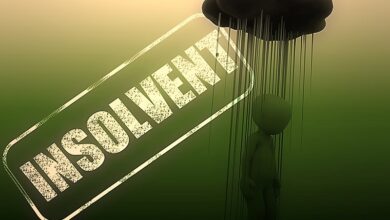 America’s Goose Is Cooked: The United States Is Insolvent (Video) 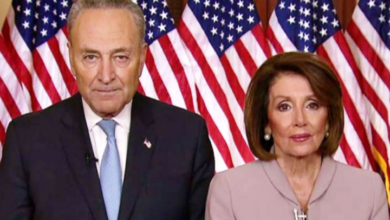 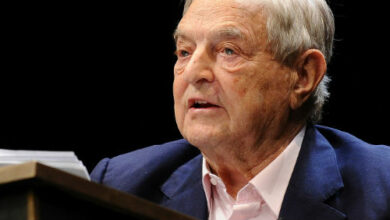