Nearly two hundred years ago Thomas Jefferson wrote: “If the American people ever allow the banks to control the issuance of their currency, the banks and corporations that will grow up around them will deprive the people of all property until their children wake up homeless on the continent their fathers occupied.”

“Throughout the history of our nation there has been a running battle over who controls how much money is in the system. Will it be some private institution or will it be the people, the Congress for the benefit of everyone in the country.” (From the video Monoply Men-Powerful information big bankers don’t want you to know.)

Ever since the founding of our nation big banks have tried to take control of our nation. Today the Federal Reserve has control over our currency and basically control our nation. The corruption is rampant and widespread.

The most recent scandal involves Bank of America and was posted on the Huffington Post. It’s titled: “Bank Of America Anonymous Leak Alleges Corruption and Fraud.”

The article says: “The claims of the person purporting to be a former employee appear to begin with so-called “forced-place insurance,” in which a mortgage borrower who doesn’t maintain an insurance policy on their home has a policy “placed” for them by their insurer.

The problem with forced-place insurance, as Felix Salmon noted in November, comes when a mortgage servicer owns an insurer. This can allow for highly inflated premiums and inadequate policies forced upon borrowers without their knowledge.”

From 2004-2007 Mexican-currency exchange houses laundered $378.4 billion through Wachovia and Bank of America for Mexican drug cartels. (This is a sum equal to one-third of Mexico’s current gross domestic product.)

Wachovia admitted in court, in 2008, they didn’t do enough to curb the laundering of illicit funds by Mexican-currency exchange houses. It would appear that laundering drug money is nothing new to Wachovia as they have failed to monitor and report suspicious activities of drug traffickers.

Wachovia’s admission came March 2011, in an agreement with federal prosecutors. It’s said this admission casts new light on the undocumented role that U.S. banks have had in contributing to the brutal and bloody drug trade in Mexico.

Jeffery Sloman who was the federal prosecutor who handled the case had this to say:

The failure of Wachovia to report these illegal activities allowed the purchase of four planes, with the laundered cash, that moved 22 tons of cocaine. Bloomberg Markets magazine reports in its August 2010 issue that this is the largest violation of the Bank Secrecy Act (BSA) in American history.

The BSA is an anti-money laundering law which was passed in 1970. The act charges financial institutions to document and file reports on all cash purchases consisting of $10,000 (daily aggregate amount).

These financial institutions are also supposed to report suspicious activity that might signify money laundering, tax evasion, or other criminal activities.

How banks such as Wachovia and Wells Fargo are still in business is simply amazing and incredibly hard to believe. On more than one ocassion a Miami-based bank, American Express Bank International, has continued to allow “blood-money” to be laundered through accounts of drug traffickers.

Paul Campo who is the head of the U.S. Drug Enforcement Adminstration financial crimes unit said that for the past two decades Latin American drug cartels have used U.S. and European banks for drug money laundering.

In 1994 and 2007 American Express Bank International paid fines after openly admitting they had failed to spot and report drug dealers laundering money through their bank. It’s reported that drug dealers used accounts at Bank of America in Oklahoma City to purchase three planes that eventually carried 10 tons of coke, according to Mexican court filings.

It’s also reported that Federal agents caught people working for the Mexican cartels depositing illicit funds in Bank of America accounts in Atlanta, Chicago, and Brownsville, Texas. This happened from 2002-2009. The dealers set up fake companies and opened accounts in a London-based HSBC Holdings PLC, this was according to the Mexican Finance Ministry.

The blood on American banker’s hands

Over 22,000 people have lost their lives in drug-related battles, since 2006. These battles have raged mostly along Mexico’s 2,000 mile border with America.
In the Mexican city of Ciudad Juarez, just across the border from El Paso, Texas, 3,000 people are reported to have lost their lives by the end of 2010 (CBS). In April of 2010 six Juarez police officers were slaughtered by automatic weapons fire in a midday ambush.

Rondolfo Torre, the leading candidate for governor in the Mexican border state of Tamaulipas, was gunned down on June 28, 2010. He was murdered less than a week before elections where the central focus was drug trafficking.

Since 2006, when Felipe Calderon took office, more than 28,000 people have died in the violent drug wars that have rocked Mexico. Since 2010, drug related deaths in Mexico were said to be up a whopping 60% (Christian Science Monitor).

The drug cartels have built up a network of dealers in 231 cities across the U.S. which brings in $39 billion annually, according to the Justice Department. Sales include hundreds of tons of cocaine, heroin, marijuana and methamphetamines to Americans.

The safety of Mexican towns compromised

The AP reports, on August 4, 2011, that an entire police force of 20 officers resigned in the town of Ascension. This was due to all the drug-related violence that had gotten worse as drug cartels grew more brazen in their attacks on police.

From May to July 2011, the police chief and 5 officers were murdered by ruthless drug gangs. The resignation of these 20 officers left the town of Ascension, population 13,000, without any law enforcement officers.

The AP reported that police chief Manuel Martinez, who had been in office just seven months, was kidnapped with two other officers and gunned down on a nearby highway. Police found their bodies riddled with bullets in the back seat of a sedan.

The violence related to drug-gangs and trafficking has claimed many lives in Mexico, scenes as the one described above are common-place.

You don’t see the connection

“It’s the banks laundering money for the cartels that finances the tragedy,” says Martin Woods, director of Wachovia’s anti-money-laundering unit in London from 2006 to 2009. Woods says he quit the bank in disgust after executives ignored his documentation that drug dealers were funneling money through Wachovia’s branch network.

“If you don’t see the correlation between the money laundering by banks and the 22,000 people killed in Mexico, you’re missing the point,” Woods says.

Mr. Woods seems to be correct in his statement, if you don’t see the connection between Wachovia and Wells Fargo allowing the laundering of drug money through their banks and the deaths of innocents you must have your head buried in the sand.

Thanks Harry Reid: Liberals on Twitter want women and children at Bundy ranch killed with drones 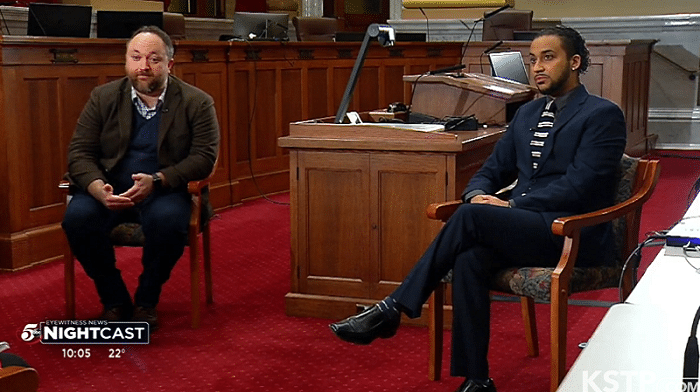