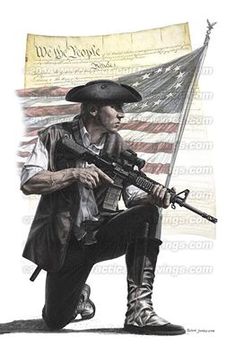 The “Left,” those villains of the world who are hell-bent on dominating every living being and forcing them to live under their rules.

We saw it with the communists in Russia, China, Cuba and North Korea.
Millions of people dying of starvation and cruelty.

Che Guevara, the hero of today’s college campuses was Fidel Castro’s chief executioner. Guevara was the man who dragged husbands and sons from their homes in the middle of the night, put them against a wall and shot them down without even giving them a trial.

The “Antifa” thugs who are acting up all around the USA are modern day communist thugs and they have announced that they will start a civil war in America on November 4th.

Totalitarian governments have historically risen to power in the midst of chaos in the streets of their targeted nation.  And now they are targeting the USA.

At this point all we can do is prepare and wait for them to make their move. Many of us are veterans and know how to defend ourselves and our families.

The violence Antifa is planning is not the real danger. Killing and injuring people is their method, not their goal.

The goal of this uprising is to cause so much fear that the American people will demand that the government step in to crush the chaos.

And that, is how the government then becomes the socialist/communist/liberal nightmare that the left want ruling the USA.

The best way to win this war for American freedom is for law enforcement and National Guard to absolutely crush the Antifa thugs the moment they start the fight.

But sadly, that is not standard operating procedures for law enforcement.  The police will assume that this uprising will be just another protest that will die down in a day or three.

But if I’m reading Antifa right, that will be only the beginning. They intend to drag this “civil war” on and on and on until the American people cave in to totalitarianism.

The longer the Antifa civil war is allowed to rampage, the more the American way of life will be endangered.

I thank God that we have a President who is a law and order guy. If Obama was still President, he would be marching with Antifa.

I believe it is the patriotic Americans who must make the difference. “We The People” have the right to confront Antifa ourselves. They are coming against our neighborhoods and our country.

The First Amendment gives us the right to “gather peaceably” and that is what our lines will be. Americans peaceably gathering as a counter protest to the Antifa villains.  And should the Antifa thugs start the fight, then We The People have the constitutional right to self defense and the right to use reasonable force to stop a crime in progress.

It is the American patriots who can crush Antifa aggression before it burns long enough to ignite a fire that could destroy American freedom.  But to do that, we must come out from behind our computer screens. Put on our boots, hats and gloves and join with other patriots at the front lines.

We must be prepared to defend ourselves against baseball bats, knives and clubs.
Antifa will be throwing rocks, bricks and glass so we need to defend against that. They are also known to throw bags of urine and feces. A genuine revelation of their moral character.

This is a time for Americans to shine as we literally fight for our freedom in the spirit of our Founding Fathers.

But we must be smart about it.

Some elements of law enforcement will not want us out there confronting the thugs and will look for ways to arrest those who aggressively oppose the Antifa bad guys.

I strongly suggest that patriotic groups meet with law enforcement prior to the event so we can establish and understanding that we are not the bad guys and that we will not break the law. But we will defend ourselves as provided by law.

Most law enforcement are on the side of the patriotic Americans.

So please ponder this and begin to prepare mentally, spiritually and physically to defend your country.

“Hope For The Best, But Prepare For The Worst” 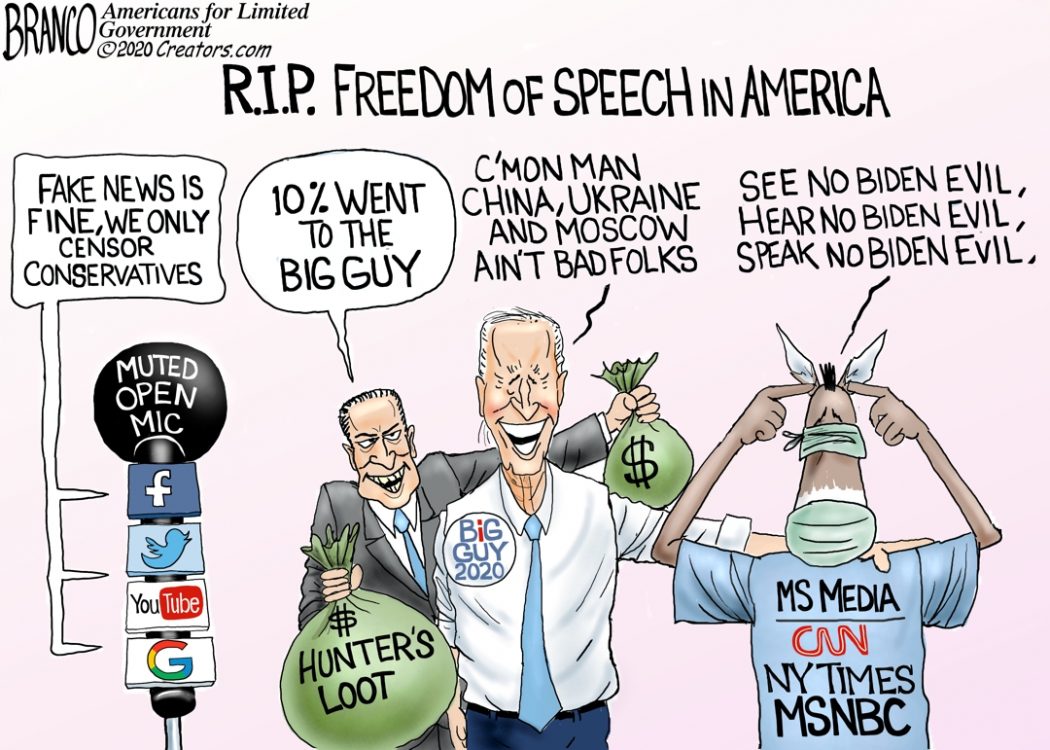 Cartoon of the Day: RIP Freedom of Speech 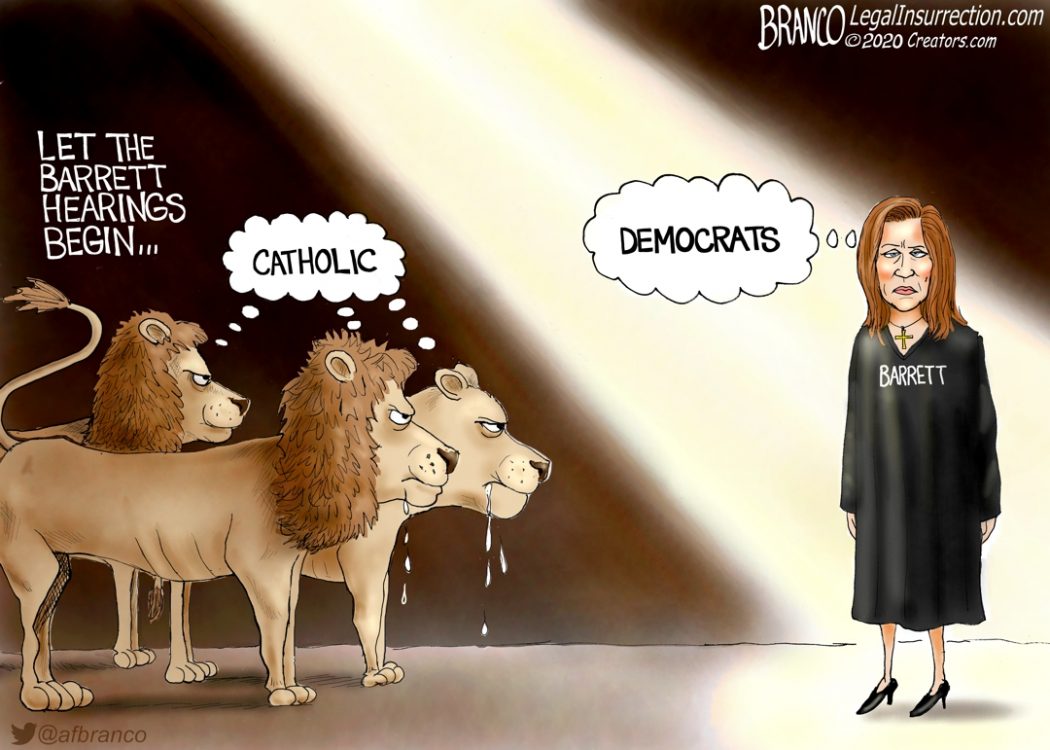 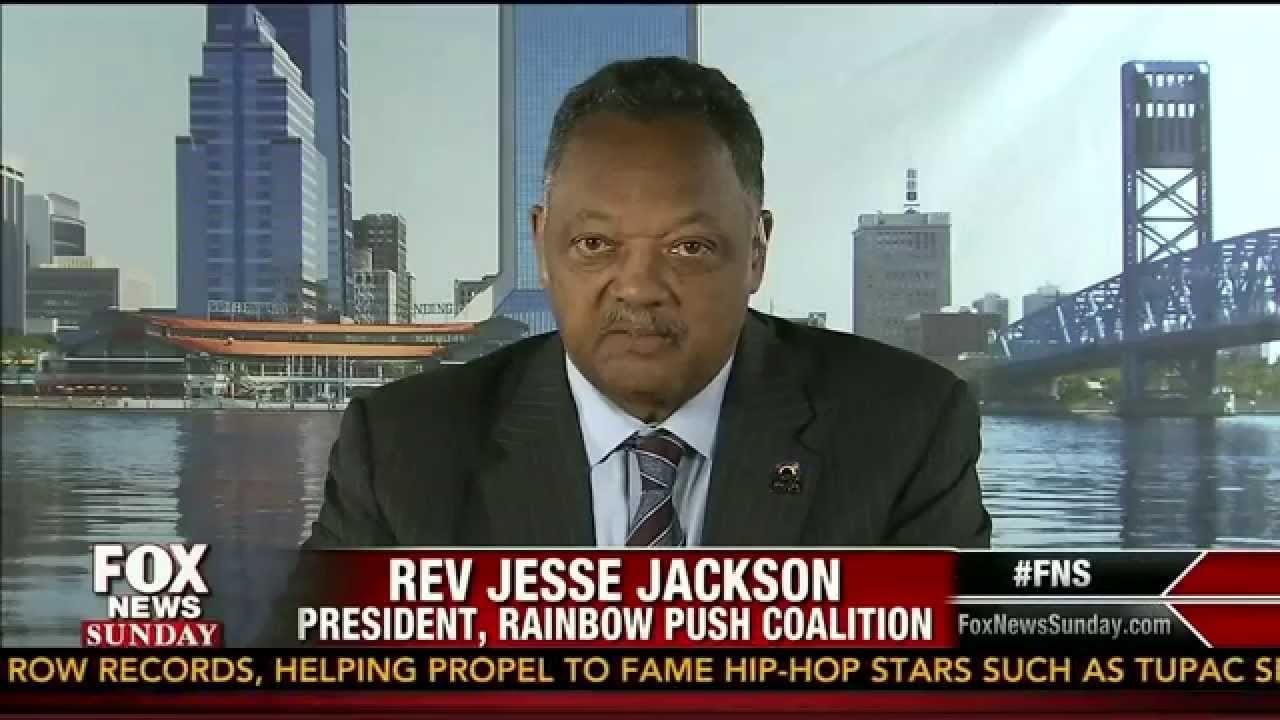 Megyn Kelly – The Next Liberal Superstar