Democractic candidate for governor Terry McAuliffe claims that schools in Virginia do not teach Critical Race Theory in schools.

That is a LIE – the biggest, baddest lie he tells on the eve of statewide elections in the state.

As proof, consider that Virginia promotes a book telling teachers to embrace CRT – the they MUST teach it.

It says, among other things, that “Teachers need to be taught how to question Whiteness.”

The Virginia Department of Education also says that “teachers must embrace theories such as critical race theory.”

The department’s website provides resources for its equity initiatives, which includes a tab titled “What We Are Reading.” The list, comprised of resources the equity office recommends, includes books by racist advocate Ibram X. Kendi and Abolitionist Teaching Network co-founder Bettina Love.

“Lastly, teachers must embrace theories such as critical race theory, settler colonialism, Black feminism, dis/ability, critical race studies, and other critical theories, that have the ability to interrogate anti-Blackness,” Love wrote in “We Want to Do More Than Survive: Abolitionist Teaching and the Pursuit of Educational Freedom.”

The book was sixth on the Virginia department’s list and was also promoted in a March 2020 newsletter. Love’s book provides guidance for educators, stating that teachers need to question Whiteness and do away with phrases like “work hard” and “be nice.”

Yet, Terry McAuliffe calls parents’ opposition to this divisive teaching “a dog whistle.”

“This is a made-up – this is a (Donald) Trump, Betsy DeVos, Glenn Youngkin plan to divide people,” McAuliffe said during the CNN’s show “State of the Union.”

He has also called the claim that Critical Race Theory is being taught in Virginia schools a “right-wing conspiracy.”

Now, what do you make of that? Is McAuliffe being honest? Is he telling the truth to his constituents? Or is he desperate because he’s down in the polls in his quest to retake the governorship?

Education is the issue in today’s election. In his fight to best Republican Glenn Youngkin in the race for governor, lying about it might be the only way for McAuliffe to survive. He’s brought in Joe Biden to rallies. He’s brought in Kamala Harris. He’s brought in Barack Obama. And despite that, school board meetings have erupted with parents and officials clashing over issues ranging from CRT and equity to gender.

The Virginia Department of Education’s website said its EdEquityVA initiative is “focused on establishing equity targets, measuring equity outcomes … and implementing systemic policy and regulatory changes.” It also said an equity office within the department is charged with leading “efforts to advance education equity, eliminate achievement gaps and increase opportunity, and decrease disproportionality in student outcomes.”

And guess who brought all this into the schools? Former Gov. Terry McAuliffe.

What will happen if he wins the governor’s race? Virginia’s students and parents will be stuck with it.

But Glenn Youngkin vows to ban the teaching of Critical Race Theory if he’s elected governor. That’s what makes the issue the hottest in the nation, because CRT is in virtually every state. Virginia is hardly alone. The Biden administration previously promoted a handbook published by the Abolitionist Teaching Network, the activist organization Love co-founded.

The U.S. Department of Education linked to the handbook – littered with language that appears to fall in line with Critical Race Theory doctrine – in its guidance on how public schools could spend coronavirus relief funding.

“Abolitionist Teachers” should “[b]uild a school culture that engages in healing and advocacy. This requires a commitment to learning from students, families, and educators who disrupt Whiteness and other forms of oppression,” the handbook states, for example.

This is the primary issue in today’s election.

We must bury this repugnant idea before more children are contaminated with it. It’s time to put a stake through its heart once and for all. 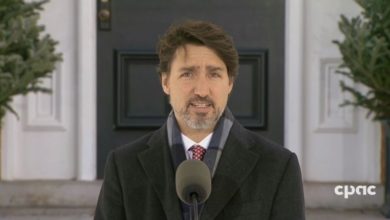