On Sunday, Breitbart.com’s Adam Shaw reported that Republican members of Congress going home to speak with constituents are now facing violence and death threats from radical leftists, prompting some to increase security at town hall events as a consequence of what Shaw called a “culture of violence being fostered by left-wing activists and their allies in the liberal media.”

A man was arrested last week for threatening Rep. Martha McSally (R-AZ) in voicemail messages, telling her that her days “were numbered” because of her support for the president. The Arizona Republic reported that her district is one of the most evenly divided in the nation, but the threats are especially disturbing as she represents the district represented by former Democratic Rep. Gabby Giffords, who was shot in the head in 2011.

McSally faced one of the more extreme crowds at a town hall in February where she was heckled as activists carried signs saying, “Stop Trump’s crusade of hate” and “No! This fascist regime must be stopped before it starts.”

Some threats, allegedly from Steven Martan who was arrested by the FBI, say: “Martha our sights are set on you, right between your (expletive) eyes” and “Can’t wait to (expletive) pull the trigger (expletive),” according to the Republic.

Earlier this month, he noted, a crazed constituent tried to run Rep. David Kustoff, R-TN., off the road over his support of the Republican health care bill after an event.  After she was arrested, liberal hatemongers hailed her as a folk hero.

Shaw says these are not isolated incidents:

While tempting to dismiss as one-off incidents, the threats and attacks come amid a backdrop of a culture of violence among the left. Riots, once a rare occurrence in America, now seem commonplace from leftist thugs in the era of Trump. Hundreds of people were arrested for rioting on Trump’s Inauguration Day alone, and college campuses have seen threats and violence should they dare to invite a conservative speaker onto campus.

He also observed that this is being driven by the so-called “mainstream media,” known here as the Democrat-media complex.  Worse yet, a piece at the liberal Huffington Post actually encourages this behavior:

This has even been promoted to an extent by some liberal media outlets. In addition to the general hysteria and misinformation being pushed by some outlets (such as the false claim spread by a number of outlets that the health care reform bill would “make sexual assault a pre-existing condition”), there have been outright calls for harassment.

Two days before the attack on Kustoff, a May 10 opinion piece by Michelangelo Signorile for HuffPost told readers, “It’s time to move beyond polite protests within specified boundaries. It’s time to escalate the expression of our outrage and our anger in a massive way.”

Starting today and from here on, no elected official ― certainly those in the GOP defending and supporting Trump on a variety of issues, for example ― should be able to sit down for a nice, quiet lunch or dinner in a Washington, DC eatery or even in their own homes. They should be hounded by protestors everywhere, especially in public ― in restaurants, in shopping centers, in their districts, and yes, on the public property outside their homes and apartments, in Washington and back in their home states.

“A day later,” Shaw said, “a man at a town hall meeting put his hands on Rep. Kevin Cramer (R-ND) and tried to stuff money into his blazer to protest his support of the health care bill. The protester, Mike Quinn, was then written about sympathetically by The Washington Post, which made much of his subsequent apology to Cramer — but included this frightening quote from Quinn: ‘I was out of my mind with anger for a few moments there.’”

Shaw also cited the case of Rep. Tom Garrett, R-Va., who increased security at a town hall event after he received a number of online death threats deemed “credible and real” by authorities.

This, by the way, is the modern, Borg-like collective known as the modern American left.

In February 2011, I first said that liberalism, at its core, is an ideology of rage and hate.  Liberals, sadly, prove that assertion correct on just about any given day. 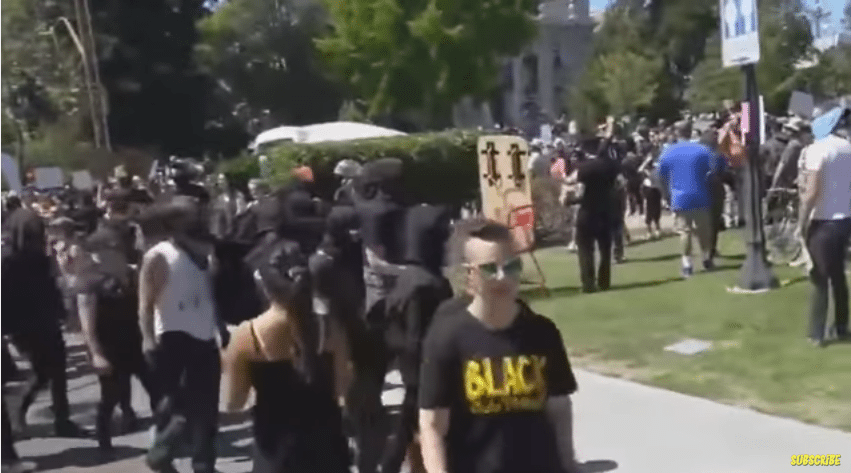