The texts also reveal that Hunter made sure she was kicked off of the company’s health insurance plan three months after their daughter was born.

In his recent memoir, Hunter had claimed that he had “no recollection” of Lunden Roberts, the former stripper from Arkansas with whom he had an affair while in a relationship with his brother’s widow, Hallie Biden.

Newly-released texts from Hunter’s “Laptop From Hell” show that Roberts was on the payroll at his consultancy firm, Rosemount Seneca, for at least 9 months in 2018. Roberts gave birth to their daughter, Navy Joan Roberts in August of 2018.

Hunter, 51, conceived his daughter with Lunden, 29, around December 2017 while still in a relationship with his brother’s widow Hallie Biden. The girl was his fourth child.

He ignored her pleas for help caring for the child and denied paternity when she eventually sued him for child support in an Arkansas court.

Even after a DNA test proved he was the father, the president’s son claimed he did not have enough money to pay child support – despite living in a $12,000-per-month home in Hollywood and driving a Porsche.

When the judge ordered him to produce financial records, Hunter settled out of court for a reported $2.5 million.

Roberts had previously been reported as a former stripper at a Washington DC club which Hunter frequented, but texts reveal she was in fact a worker at his consultancy firm, Rosemont Seneca.

December 2018 texts from his assistant at the firm, Katie Dodge, say that a woman named ‘Lunden’ had been on the payroll for at least nine months that year. 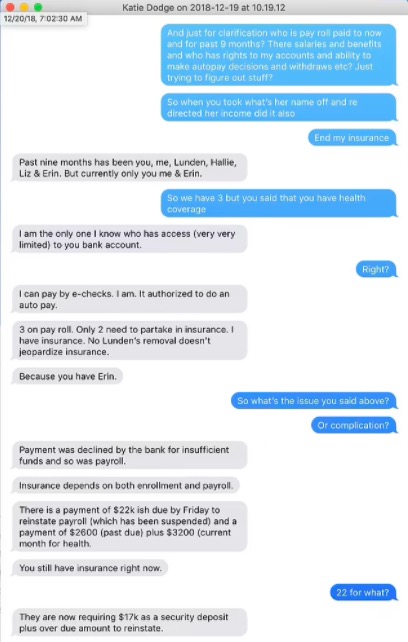 Clint Lancaster, the lawyer for Lunden Roberts, said that his client who is originally from Arkansas met Hunter Biden when she was living in Washington, D.C. and taking classes at George Washington University. Not long after Hunter met Roberts, he hired her and took her along on business trips. Lancaster said, “She stayed in hotels, some of the nicest hotels around, with Hunter Biden, traveling with him more than once.”

So, Hunter had hired a student who worked as a stripper and was taking her along on business trips while he was carrying on with her behind his brother’s widow with whom he was in a relationship for two years at this point.

Meanwhile, Hunter was also sexting Hallie’s older married sister, Elizabeth, and signed a lease for a house with her in Greenville, Delaware in July 2018…right around the time that Lunden Roberts was trying to contact him.

This sort of convoluted relationship drama would have been rejected as outlandish by even the most ridiculous of daytime soap operas, and yet, this schmuck who can’t seem to keep it in his pants is part of the new First Family.

Roberts had texted him in twice in July 2018 when she was around six months pregnant, once to let him know the due date. He didn’t respond. She also sent him a message in August asking to speak to him, but he didn’t seem to respond to that either. 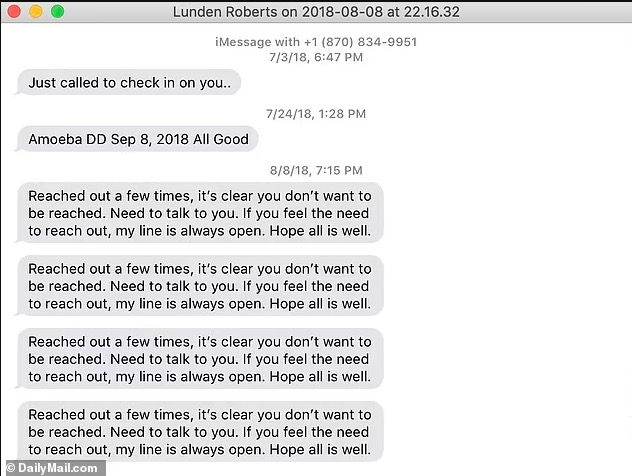 Texts from Hallie to Hunter calling him out for alleged cheating also reference Lunden, suggesting Hunter brought the woman into their lives as early as April 2017.

‘These are huge signs right in front of my eyes. I thought you were telling me ‘everything that you would want to know’ but it seems not. I don’t know where/what/why you have these things that you justify as ok but don’t share until I find them,’ Hallie wrote to Hunter amid a row over text on April 24, 2017.

‘Brianna (Devon D obviously to hide from me and then f***ing airline tix that you ‘forgot.’ Lundon’s friend that you face time all through the night Genieve and now a ‘cleaning business?’

‘Now Trina the Lyft partner massage girl that left her massage table at your place and you both ‘really looking forward to seeing each other again’ and now the hotel for international Sam Abrina (unless there are 2 different girls) where she asks you to come back to her room again. It is all just too much. Breaking me.’
Source: Daily Mail

These texts contradict what Hunter wrote about the Hallie and Lunden drama in his memoir, Beautiful Things.

“My relationship with Hallie belonged to a whole other category, and the other women I’d been with during rampages since my divorce were hardly the dating type,” he wrote.

“We would satisfy our immediate needs and little else. I’m not proud of it. It’s why I would later challenge in court the woman from Arkansas who had a baby in 2018 and claimed the child was mine–I had no recollection of our encounter. That’s how little connection I had with anyone,” Biden added, “I was a mess, but a mess I’ve taken responsibility for.”

Clint Lancaster says that Hunter hasn’t taken responsibility for his daughter since he’s not yet gone to see her and she has yet to meet her paternal grandparents.

Lancaster told the Arkansas Democrat-Gazette, “He has only taken financial responsibility when the court forced him to do it. He’s not seen his child. He has no relationship with his child, by his own choosing. Mr. Biden hasn’t taken responsibility for this child until he parents her.”

Lunden Roberts is currently engaged to Princeton Foster, a 26-year old roofer and amateur MMA fighter. They began dating late in 2018, and Foster is raising Navy Joan as his own child.

Maybe that’s a better fatherly influence for that little girl rather than her sex-crazed, drug-addled, influence-peddling biological father — even if his dad is the President of the United States. 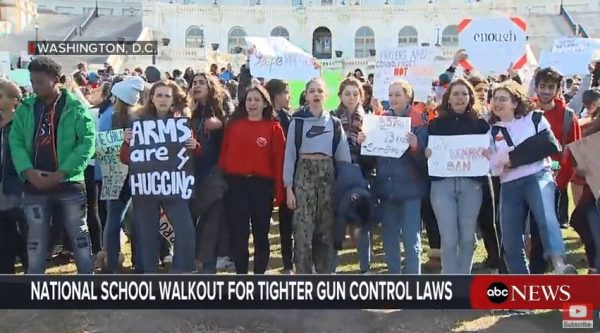 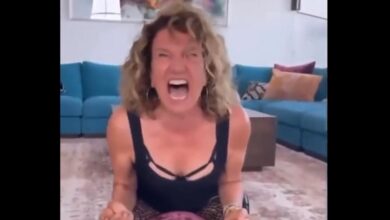