Texas is not a state that you mess with, at least not according to bumper stickers and Chip Roy.

The Lone Star State’s famously independent attitude has been on display in spades over the course of the last several months, as the Biden administration’s handling of the border crisis and the COVID-19 pandemic continue to irk Texas lawmakers.  Governor Greg Abbott, who has already been highly critical of the White House, is now getting a bit of advice from Representative Chip Roy, who speaks for Texas at the Capitol.

From an interview on Fox News, speaking on the growing humanitarian crisis at the southern border.

This is happening right now, and this president does not care. Article four, section four guarantees us a Republican form of government and that the President and federal government is supposed to protect us from invasion. He is failing and he is willfully disregarding his duty to enforce the law of the United States to faithfully execute the laws of the United States.

Not only is it impeachable, but I believe that the governor of Texas ought to start disregarding this president and start taking it into our own hands in Texas the need to secure the border of the United States for the welfare of the people. Not just us, but the migrants getting abused in the name — in the false name of compassion by Democrats who like to pat themselves on the back.

Vice President Kamala Harris was appointed by the President to oversee the border crisis, and has suggested that she’ll be addressing the issue by fighting climate change – something Harris believes is a “root cause” of immigration trouble. 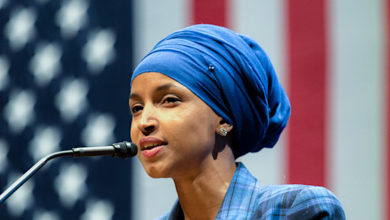