Once again, Obama Administration rulemaking has run afoul of a judge in the state of Texas. Judges in the Lone Star State have blocked Obama’s executive moves on immigration and transgender policy in the past and now a federal judge in Austin has issued a nationwide injunction to stop an Obama transgender order that expands protections of transgender students.

The current case hinges on whether the proposed rules violate the religious freedom of doctors. A coalition of medical organizations say that the rules could pressure medical workers to assist in transition procedures or abortions that conflict with their religious beliefs or medical judgment. The new injunction, which was issued on Saturday by Reed O’Connor, a federal judge of the North Texas District, prevents the Obama Administration rules from taking effect. The new policy would have become effective on Sunday, January 1.

As described by the Texas Tribune, plaintiffs in the current case, which was filed by Texas on behalf of the Franciscan Alliance hospital network and four other states, “are claiming that the federal government is redefining the term ‘sex’ to ‘thwart decades of settled precedent’ and impose ‘massive new obligations’ on health care providers.”

O’Connor agreed, saying in the ruling quoted by the Associated Press, “Plaintiffs will be forced to either violate their religious beliefs or maintain their current policies which seem to be in direct conflict with the Rule and risk the severe consequences of enforcement.” O’Connor also said that the rules place “substantial pressure on Plaintiffs to perform and cover transition and abortion procedures” without a religious exemption.

The Texas Tribune quotes the ruling further, “While this lawsuit involves many issues of great importance—state sovereignty, expanded healthcare coverage, anti-discrimination protections, and medical judgment—ultimately, the question before the Court is whether Defendants exceeded their authority under the ACA in the challenged regulations’ interpretation of sex discrimination and whether the regulation violates the Religious Freedom Restoration Act as applied to Private Plaintiffs.”

Last May, officials from the Departments of Justice and Education sent a letter to school districts nationwide that said, “a school may provide separate facilities on the basis of sex, but must allow transgender students access to such facilities consistent with their gender identity” according to ABC News. The policy did not permit schools to ask for a medical diagnosis or ask for documentation of the student’s gender identity before implementing the policy. The same judge issued an injunction on this separate case relating to school bathrooms last August.

With President Obama and his cabinet leaving office in less than three weeks, the future of the lawsuit and the Obama Administration policy is in doubt. Both President-elect Donald Trump and incoming Vice President Mike Pence are on record as supporting local solutions to the transgender issue rather than federal edicts. Trump’s position has been somewhat inconsistent though. He originally told Politico that transgender people should “use the bathroom that they feel is appropriate.”

Alison Kelley, a Fort Worth mom who opposed the Obama bathroom rules, summed up the opinion of many conservatives in a statement to Reuters. “I am not anti-transgender,” Kelley said. “I am anti big government getting into my backyard.”

23Originally published on The Resurgent 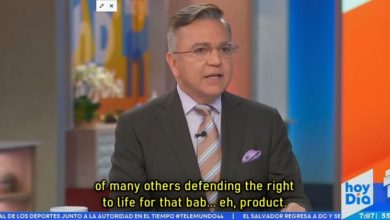