PAR for the jihadi course, the following video presentation by Al-Jazeera is a cross between whining ala victim hood, coupled with atypical in-your-face propaganda-speak, and laced with hints of violence or worse. Said duality is common among Islam’s mouthpieces. Arrogant bastards and supremacists to boot.

BUT in order to appreciate and internalize its full-on assault – yes, this is part of (Sunni) militant Islam’s war efforts – one must be willing to learn requisite (primer) lessons. In this regard, a brief backgrounder on Qatar is mandatory.

STIPULATED, some are familiar with Qatar through their ubiquitous “Doha Debates.” Hmm. Know that they are little more than love/propaganda-fests between the Brookings Institution – a Washington-based, leftist-Arabist bought and paid for “think tank” – and the Muslim Brotherhood’s ruling family in Qatar. Indeed, it is decidedly on target to call them ideological bedfellows, one which fills the other’s coffers with a great deal of incentive  – nearly $4 million worth via Qatar’s government in 2015, according to disclosure reports! In effect, Brookings lends Qatar the “kosher” veneer of “democratic” leanings. In a pig’s eye.

MORE specifically, in Sept. 2014, the following was reported at these pages:

WHAT were the chances that the EXECUTIVE DIRECTOR of the 9/11/01 Commission(mind you, as soon as the report became public, its contents became helpful for professional hunting and digging re the MB) didn’t know with whom he was sharing a podium with…breaking bread…rubbing shoulders….whatever….when he agreed to be a speaker at “the annual U.S-Islamic World Forum (US-IWF), an eventco–sponsored each year, beginning in 2004, by the nation of Qatar and the Brookings Institute, a prominent U.S. think tank”? A snowball’s chance in hell.

BUT even if one prefers to believe in fairy tales and accepts: no, he didn’t know anything about the forum and its guests, that it was a “Who’s Who” of TOP Brotherhood operatives, even billing the infamous Sheikh Yusuf al-Qaradawi, well, assuredly, he had zero business being the Executive Director of said high stakes Commission, let alone the Director of a dog and pony show! Agreed? Let’s get real…continue reading,,,.

IN this regard, once the nexus between Al-Jazeera, Qatar, and Brookings becomes clear, it is easier to connect the dots; to internalize the ways in which leftists-Arabists in high-profile Washington connected positions tap dance to the messages of blood-soaked Brotherhood entities.

THAT being said, outside the Beltway and its leftist echo chambers, a particular breed of patriots are unchained by PC restraints, let alone give a rat’s behind about threats from militant Islamic jihadists. Ask them if they intend to back down…Not only that, government officials who attempt to stay their hands will have a better chance of reining in a stampede of elephants. In effect, good luck with that.

AND this is where well-armed, target-practiced Texans come in, as well as others from states with similarly inclined patriotic ethos – Muslim Brotherhood Mafia front groups be damned. Concomitantly, their apologists alike.

FOREWARNED: those who possess “delicate” sensibilities should opt out of this commentary.

MIND you, this word of caution has nothing to do with gory depictions, for heaven’s sake, said pictorials are business as usual at this site. On the other hand, too many consider fighting back, in and of itself, against “the other” a (deadly) sin. Therein lies the (bloody) warning.

NOW, said sentiments are often (mistakenly) viewed as “taking the high road”, even though countless Islamists would just as soon slit an infidel’s throat, decapitate, crucify, burn and otherwise murder without flinching. Does that sound like folks you would want as neighbors, even if it entails allowing them to visit their loved ones in a cemetery? Get over it.

YET, to introduce why Texans rocks – at least those living away from loosey goosey Austin and Dallas – one must first internalize what it means to think and act like a follower of Islam, and the way in which take charge Texans deal with them. But before doing so, don’t get into the mind-trap of comparing the way westerners think – be they Christians, Jews, etc. – to how Muslims view any given situation. In fact, the hardest hurdle for westerners to cross is altering their belief-sets, as they steadfastly insist that Muslims are just like everyone else, even if they appear at odds due to cultural/religious differences. Pish-posh.

IN reality, to enter the head space of those who identify as Muslims, the first area of study is Islam’s relationship to blood. Once accomplished, a basic understanding of how Islam’s followers view the west, especially when living within it, is mandatory. Get busy.

Islam is today the fastest-growing faith in the Western world. Nearly 20 million inhabitants of the European Union are Muslims. If present trends continue, by the year 2020 Muslims will account for 10 percent of the overall population of Europe, and their numbers in America will exceed 10 million. These Islamic populations are expanding by way of immigration and a birth rate that far exceeds that of indigenous Westerners.

With these swelling numbers and the creation of distinctly Muslim neighborhoods in Western, primarily European cities, the bold notion of conquest by demographic rather than military means has become a primary objective of Islamic activists. The blueprint for this plan was spelled out in 1981, when the Third Islamic Summit Conference of Kaaba (in Mecca) adopted the Mecca Declaration which stated:

“We have resolved to conduct Jihad with all the means at our disposal so as to free our territory from occupation….We are convinced of the need to propagate the precepts of Islam and its cultural influence in Muslim societies and throughout the world.”

In the ensuing two decades, a new mosque was opened somewhere in the Western world every week. During that same period, the number of Muslims living in the United States grew threefold, overwhelmingly through immigration rather than conversion.

Prior to the first World Trade Center (WTC) attack in 1993, the U.S. government was extremely lax in allowing entry not only to hundreds of thousands of Muslim immigrants — many of them from countries considered risky or openly unfriendly to U.S. interests — but also to supporters and propagators of radical Islam, or to agents of terrorist regimes and organizations. Many such people entered the United States with fraudulently obtained student visas that camouflaged their true purpose. Others, including clerics and leaders of radical Islamic groups, came for brief periods, ostensibly to attend conferences organized by militant groups in the U.S.  Their real purpose, however, was to recruit new members, raise funds, coordinate strategies with other militant leaders, indoctrinate new “foot soldiers,” and participate in training sessions.

Even after the 1993 WTC attack, America’s safeguards against an influx of jihadists were inadequate. By early 2000, the United States and Canada had become a base of operations for a wide spectrum of international (and indigenous) Islamic terrorist organizations. Among these were Hamas, Hezbollah, the Algerian Armed Islamic Group, the Egyptian Group (a.k.a. Al Gamat Al Islamiya), the Palestinian Islamic Jihad, the Islamic Liberation Party, the Marxist Kurdish PKK, and al Qaeda. These terror outfits set up fundraising operations, political headquarters, military-recruitment apparatuses, and sometimes even command-and-control centers in the United States.

According to a witness at a U.S. House of Representatives hearing on terrorism and immigration in January 2000:

“As water seeking its own level, terrorists will gravitate to those areas that give them the greatest freedom to maneuver. Unless choked off and stopped along the different points of entry — ranging from the visa granting process overseas to the hundreds of unmanned border crossing points between Canada and the United States — terrorists will continue to come to the United States.”

MOREOVER, despite the fact that leftists and Islamists abound in certain loosey-goosey areas in Texas, it would be a deadly mistake not to recognize that their patriotic and fighting spirit is very much alive. Not only that, Allah’s Muslim Terrorists are being given fair warning – not that they deserve it!

CONSEQUENTIALLY, let it be known: countless Texans are armed, vigilant, and ready. Guaranteed, they will take no prisoners!!

CONCLUSIVELY, they are the antithesis of HUSSEIN Obama and his limp-wristed gang of Ivy League types.

PATRIOTS, as if it bears repeating, this site has your back(s). 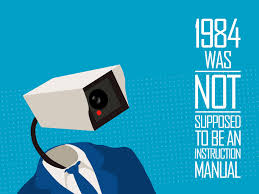