The Border Patrol has encountered a total of 78 people on the terror watch list for 2022 with nearly 2 months to go. Twelve were encountered in August alone, and that’s not including the “gotaways” that crossed the border without being caught. Terrorists crossing the border is significantly higher than the previous 5 years combined.

Border Patrol stopped a dozen individuals whose names are on the FBI’s Terrorist Screening Database (TSDB) in August, bringing the total for the fiscal year to a number that is triple the previous five fiscal years combined – as agents deal with a historic migrant surge at the border.

New data released by Customs and Border Protection (CBP) this week show that there were 12 individuals encountered by Border Patrol between ports of entry at the border whose names matched on the TSDB – which contains information about the identities of those who are known or “reasonably suspected” of being involved in terrorist activities.

August’s apprehensions bring the total for FY 22 to 78 so far, with two months still to go in the fiscal year. That is triple the prior five years combined. There were two arrests in FY17, six in FY18, zero in FY 19, three in FY20 and 15 in FY21.  Fox

The Biden administration has repeatedly claimed there’s no “crisis” and ignored the terrorists crossing the border. Constantly declaring that those who are attempting to draw the attention of Americans to the issue are “racist bigots,” they manage to sidestep the truth.

The 78 people detained were all listed in the Terrorist Screening Database, the government’s main terrorism watch list. It includes known or suspected terrorists and those known to associate with them.

The issue of terrorists on the southern border has been heatedly debated.

When Republican members of Congress raised the issue last year, news organizations did “fact check” pieces trying to poke holes in the claims. A year on, those fact checks remain posted, even though the numbers now bear out what the lawmakers had claimed.  Daily Journal

The statistics don’t count those who managed to cross the border without getting caught. It’s a serious issue that places every American in harm’s way. No one in the Biden administration cares about the danger to our citizens – they are concerned about gender pronouns, your electric car,  coddling criminals, and destroying the military. Among other things. 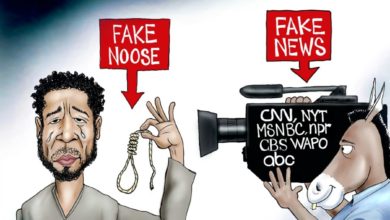 Cartoon of the Day: Hoax of the Woke