On Thursday, WSMV reported that a substitute teacher in the Murfreesboro, Tennessee, area was fired after allegedly making a threatening post on Facebook saying that “the only good Trump supporter is a dead Trump supporter.”

A spokesperson for the school district said they received several messages on Wednesday after a substitute teacher allegedly made “inappropriate” and “threatening comments” on Facebook during the work day.

“The school district has notified the contractor that the substitute teacher, David Colin, will not be permitted to work any longer as a substitute in Rutherford County Schools,” said the district in a statement.

PESG said it will be conducting an internal investigation about the allegations.

Here’s a screenshot of the post someone sent the station: 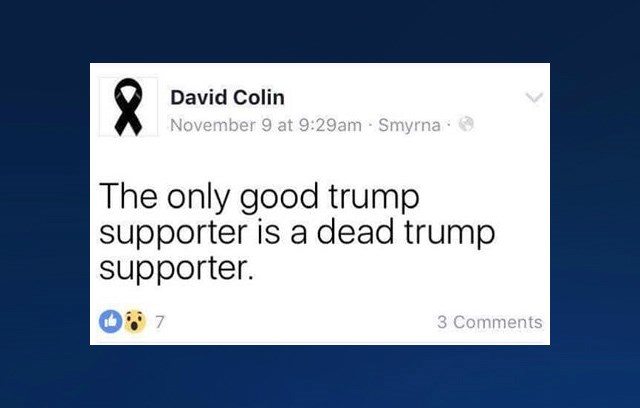 Cartoon of the Day: I’m from the government and I’m here to help
January 26th, 2021 Liberty Unyielding
Tweets by Conservative Firing Line