AKIN to a well-endowed drunken sailor, soon to be cut off from his endless supply of 100-proof booze, HUSSEIN Obama is going for broke.

AS this site has been warning for years, the Islamist-in-Chief is Allah-bent on transforming America into the Shariah States of America! With his entire like-minded apparatus – officialdom and non-elected surrogates – they are ushering in as many Islamists as possible into America, and sans requisite security vetting to boot!

AND never mind the concrete warnings from various security quarters, relative to bringing in “refugees” from Syria (and other Islamic hot-spots alike) sans proper vetting.

The chairman of the Homeland Security committee, Rep. Michael McCaul (R-TX), asked officials from DHS, FBI and the National Counterterrorism Center (NCTC), “if bringing in Syrian refugees pose a greater risk to Americans?” Steinback responded,“Yes, I’m concerned. We’ll have to go take a look at those lists and go through all of those intelligence holdings and be very careful to try and identify connections to foreign terrorist groups.”

Last week Rep. McCaul renewed the concern that ISIS wants to use the refugee crisis to sneak into western countries. “The President wants to surge thousands of Syrian refugees into the United States, in spite of consistent intelligence community and federal law enforcement warnings that we do not have the intelligence needed to vet individuals from the conflict zone. We also know that ISIS wants to use refugee routes as cover to sneak operatives into the West,” he said in a statement.

McCaul continued, “I implore the president to consult with Congress before taking any drastic action and to level with the American people about the very real security challenges we face.”

NumbersUSA has called for passage of Rep. Brian Babin’s (R-Texas) Resettlement Accountability National Security Act, H.R.3314, that would immediately suspend the refugee resettlement program in the United States until the Government Accountability Office can further examine its costs and potential threats to national security. In the meantime, NumbersUSA and other leaders, including Virginia Senator and former Democratic National Committee Chairman Tim Kaine have called for the establishment of refugee camps closer to the region.

MIND you, whereas Christians (and other minorities) are slaughtered and enslaved throughout Syria, the wider Mid East and parts of Africa, HUSSEIN Obama is fine with that. Resultant, less than a trickle are gifted coveted refugee status! Why is this? What’s going on?

IN a nutshell, the implosion of America is operating under deep “humanitarian” cover ala the so-called Refugee Resettlement Program. Effectively, to speed up the process of the transformation of America into a third world country with Muslims as the chief beneficiaries, the hijrah into the west is tailor-made.

FOR more proof of the same….

The Obama administration has created a “resettlement surge center” which has produced a pouring of 100 Syrian refugees in the U.S. per day. The very real risk to Americans – the lack of proper vetting of these individuals by the quick processing that is being done, almost all of them reported to be Muslims.

Over 100 Syrian refugees have been admitted every day in June according to the federal government’s own database from the Refugee Processing Center. More than 1,000 were admitted in May. The rate of those admitted has sky-rocketed when compared to the 3,755 accepted in fiscal year 2016.

The Conservative Review reported these numbers, and that approximately 100-250 were admitted during the first six months of fiscal year 2016. It noted that the Associated Press reported in April that the federal government set up a “resettlement surge center” in Amman, Jordan in February. The center is nowinterviewing approximately 600 people a day.

The “vetting” process, already questioned by leaders in the country, has been fast-tracked from 18-24 months to just three months. The “refugee mill” can now go through thousands of applications every month.

The Center for Immigration Studies published concerns raised by the comments of Simon Henshaw, principal deputy assistant secretary of the State Department’s Bureau of Population, Refugees, and Migration, when he certified that 12,000 applicants were interviewed in February, March, and April. He wrote:

So the fact that 225 Syrian refugees were admitted into the United States in a new single-day record for Syrian refugee approvals is beside the point. What is of importance here is that 12,000 were interviewed in such a short time driven by the urgency to meet the September deadline.

Henshaw made these statements during a meeting on the “Refugee Crisis in the Middle East,” organized by the Center for Migration Studies (CMS) in May.

Obama promised and the U.S. Congress has acquiesced to 10,000 Syrians being admitted by September 30 when the fiscal year ends. In September 2015, President Obama directed the U.S. government to admit 10,000 Syrian refugees into the country. Now, according to the regional refugee coordinator at the U.S. Embassy in Anman in April, “The 10,000 [number] is a floor and not a ceiling, and it is possible to increase the number.”

A video excerpt from an October 2015 House Homeland Security Committee hearing reveals exactly why U.S. and state leaders have called for “a screeching halt” to Syrian resettlement in the country, as reported by Breitbart Texas.

Congressman Lamar Smith (R-TX) asked federal security and crime directors whether terrorists would use federal programs to gain access to this country in order to commit terrorist acts. The Director of the National Counterterrorism Center answered, “We have certainly seen terrorist groups talk about, think about, exactly what you are describing, Mr. Smith. Trying to use available programs to get people not only into the United States, but into western European countries as well. So we know that they aspire to do that.”

Rep. Smith asked about the vetting process and noted that terrorist organizations would most likely have individuals come into the country who have not yet committed a crime or had “a public background,” or committed a terrorist act. U.S. Department of Homeland Security Secretary Jeh Johnson answered the vetting question by saying that every alleged refugee is interviewed, and that they complete an application. Smith responded saying that you are then essentially relying upon the refugee who is filling out the application, and “you can’t go beyond that, so you are sorta having to take their word for it.”

At the time Smith added, “As I say, both the profile and the motive of terrorist organizations, and your admission that there is some risk involved, to me would persuade the administration to go slow, rather than fast, when it comes to admitting individuals who might do us harm.” Smith noted that both FBI Director James B. Comey and Homeland Security Secretary Johnson admitted they do not currently have the ability to properly screen and conduct sufficient background checks on these refugees.

Besides the risk of terrorist attacks in the U.S., there is also a huge financial cost to the U.S….continue reading….re the surging national security threat level due to the stepped-up infiltration and penetration of Syrian “refugees” – countless thousands! It is dire and palpable.

AS the Jihadi-in-Chief infamously intoned in Sept. 2012: “The future must not belong to anyone who slanders the prophet of Islam.”

STILL yet, none of the above makes any sense without internalizing and foreseeing the Islamist-in-Chief’s Bottom Line End Goal.

IN a nutshell, his aim is precisely that which inspires the ummah’s global, supranational leadership and worldwide adherents; the resurgence of the Caliphate under Shariah Law!

MOST significantly, it matters not a whit to militant Islamic jihadists (whichHUSSEIN Obama is part and parcel thereof, and with Marxism in the mix) how the End Goal is achieved, be it through frontal or stealth jihad. However, whereas stealth-like boring is incremental and steady, it is a slow and patient mission. But the fact remains that with limited time left at the helm, speeding up the process – with mostly fighting age and hardened Muslims via the hirjah for Allah – becomes urgent. Imperative.

TO wit, come hell or high water, Shariah Law will be implemented in America, that is, if patriots don’t amass in the millions to thwart it. It is that clear, that simple, and that dire.

BELIEVE it – or not. 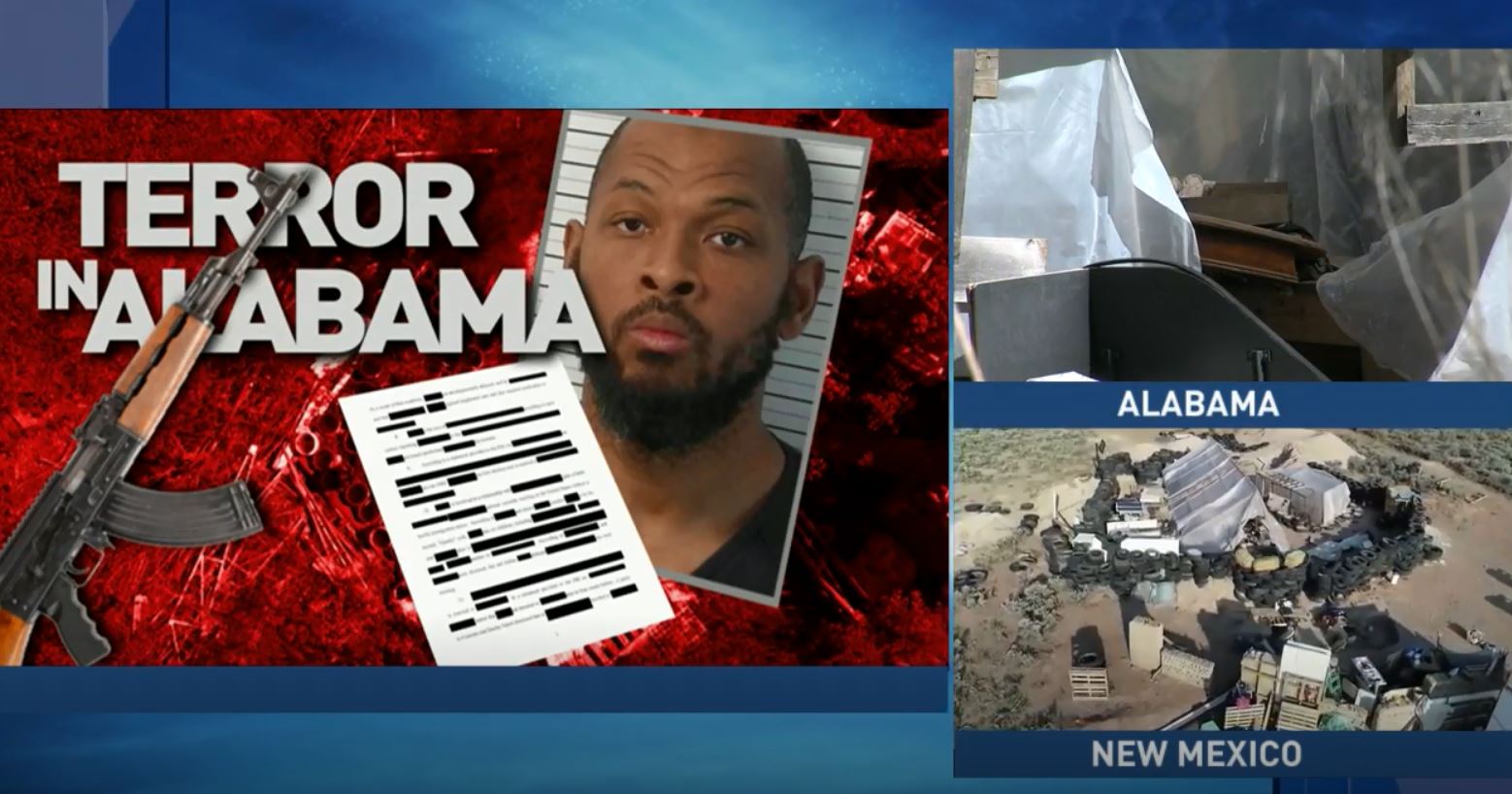