According to reports, Jamel Ahmed Mohammed Ali Al-Badawi was driving alone in a vehicle in Yemen’s Ma’rib Governorate, when it was destroyed by a US air strike. He was one of the FBI’s most wanted terrorists: the man who helped orchestrate the bombing of the USS Cole in October of 2000. US CENTCOM stated that there was no collateral damage. 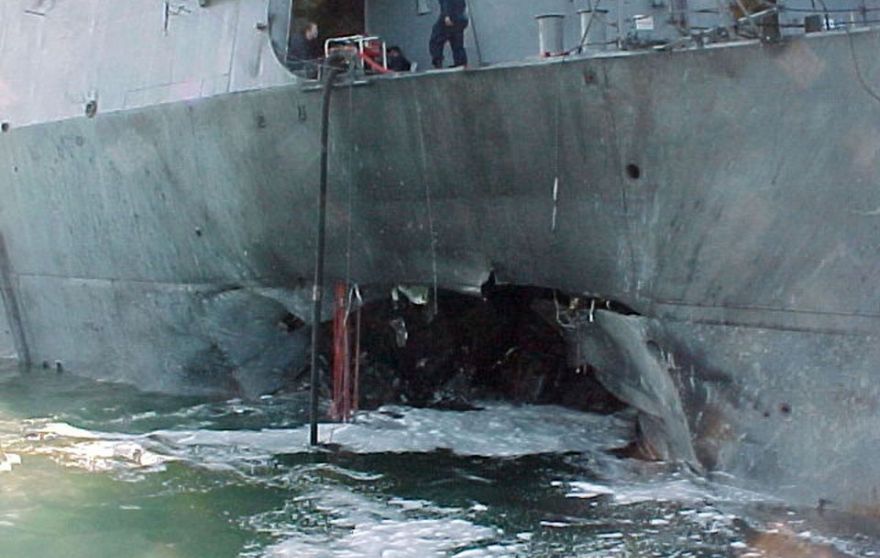 Our GREAT MILITARY has delivered justice for the heroes lost and wounded in the cowardly attack on the USS Cole. We have just killed the leader of that attack, Jamal al-Badawi. Our work against al Qaeda continues. We will never stop in our fight against Radical Islamic Terrorism!

“Al-Badawi was indicted by a federal grand jury in 2003, charged with 50 counts of various terrorism offenses, including murder of US nationals and murder of US military personnel.” US Navy Statement 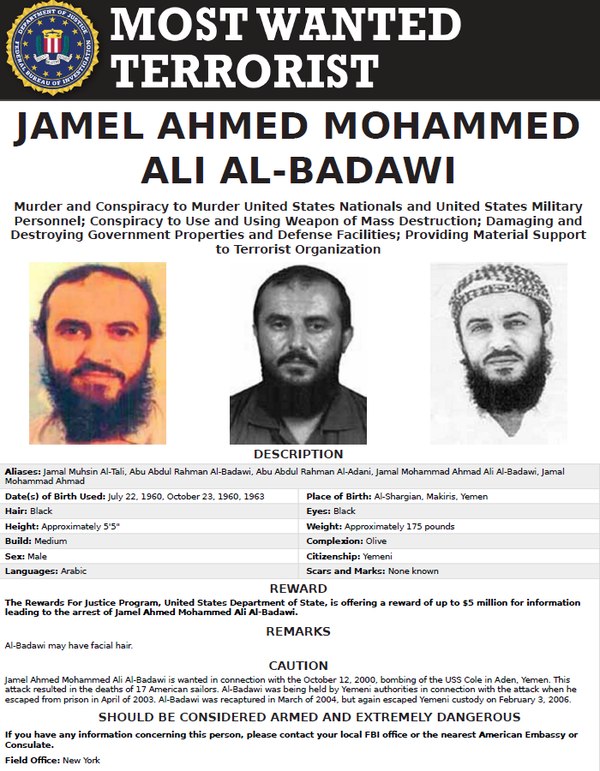 According to the Navy Times,

“The guided-missile destroyer Cole docked in Aden, Yemen, on Oct. 12, 2000, for a standard refueling stop when a small fiberglass boat laden with explosives maneuvered toward the port side of the destroyer.

The ensuing explosion ripped a 40-by-60-foot gash into the ship’s side, killing 17 and wounding 39 more.

Reports estimated that between 400 and 700 pounds of explosives were used.

Yemeni authorities took Al-Badawi into custody in December 2000 for his part in the attack, but he escaped from prison in April 2003.

He was again apprehended about one year later, but escaped once more in 2006 when he and other inmates tunneled out of the prison and into an adjacent mosque.”

For 18 years, Al-Badawi had escaped every attempt to incarcerate him. He was said to have supplied the boat and explosives for the USS Cole attack. The main suspect in that incident is in the custody of the US in Gitmo: Abd al-Rahim al-Nashiri.

This time Al-Badawi did not escape.