Judicial Watch has done a study that includes data from 462 counties in 38 states that shows there are 3,551,760 more voters registered than lives in those 38 states.  The Democrats use the “Ghost Voters” as the perfect tool for voter fraud.

Many states refuse to clean their rolls that include false registrations, dead voters, voters who moved from the area and of course, illegal aliens.  Eleven other states gave either unreliable or woefully insufficient information to determine how many “Ghost Voters” they have.

Let’s put this in perspective: The 3.5 million-plus “Ghost Voters” are equal to the state of Connecticut.  That’s also more than Hillary’s lead in the popular vote, something widely touted by liberals as “proof” she “won” the election.

Half of all of the ghost voters are located in California, which should come as no surprise to anyone.

According to a report published at the National Review on Friday:

But California’s San Diego County earns the enchilada grande. Its 138 percent registration translates into 810,966 ghost voters. Los Angeles County’s 112 percent rate equals 707,475 over-registrations. Beyond the official data that it received, Judicial Watch reports that LA County employees “informed us that the total number of registered voters now stands at a number that is a whopping 144 percent of the total number of resident citizens of voting age.”

All told, California is a veritable haunted house, teeming with 1,736,556 ghost voters. Judicial Watch last week wrote Democratic secretary of state Alex Padilla and authorities in eleven Golden State counties and documented how their election records are in shambles.

“California’s voting rolls are an absolute mess that undermines the very idea of clean elections,” said Judicial Watch president Tom Fitton in a statement. “It is urgent that California take reasonable steps to clean up its rolls. We will sue if state officials fail to act.”

Is it any wonder that California and other blue states refuse to cooperate with the federal elections committee appointed by President Trump and headed by VP Pence?  It comes as no surprise to me. 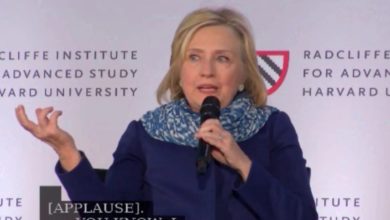